I went to a party in Berkeley that was full of European programmers. I don’t hang with nerds, but “Berzerk”eley (I learned this term from my black friend Jake) is the home of the Based God, who is called Little B. I figured there might be some Swedish bikini models, or some different, equally European babes. I speak 300 languages, and I keep my tongue supple by being a mack daddy.

Since I am a Meme Lord by divine predestination, I soon got to talking with a slick-haired nerd who does something with the Facebook timeline. I explained to the nerd that I only use Facebook for field testing memes on 5000 strangers, mostly aging millennials. Once I play these pre-geriatric lab rats for some precious laugh reactions, I use my allowance to promote the memes on newer hepcat platforms like Clock Sounds and Ghoster.

“I’m sorry I’m too cool for your ‘engineering’, buster,” I said, violently making air-quotes. He doesn’t even work on trains. “Excuse me while I put on my sunglasses.” I wear at least three pairs of shades at a time in case something noteworthy happens, so I can remove them sequentially. I dusted my shoulder off and re-tied my yin-yang headband, which is for macking.

The nerd could not handle my swag. “Do you even make any money from those memes? I mean, we don’t either, but do you?” I told him I didn’t, but I get hella clout, and also play. (That means poon, which is also called tang.) He acted unimpressed and his watch looked expensive, but I could tell this was a ruse. He just envied my drip. “Look, these memes got all the ladies on my penis,” I informed him, scoffing as loudly as a thunderclap while pointing at my dick region through my fingerless gloves. “These hoes are insatiable for my gentlemanly apparatus.”

Unpopping a few of my collars to chillax, and swapping a middle pair of shades for shutter shades (vintage 2007 Kanye), I briefed the nerd on the most important memes of our era. He was clueless, unable to tell Big Chungus apart from Dat Boi. He thought dril and CWC were the same person. Loser. There’s no way he’d ever force a few of them together with Bart Simpson drinking codeine and the first couple sentences of a random Japanese wikipedia article. That is where I am king.

It was time to excuse myself to the backyard for some fresh air and to see if any hot Euro-babes were playing naked volleyball yet. They weren’t, but pretty soon the Abercrombie guy was schlobbing on my knob. “Hold up bro,” I said, “I’m not gay.” I managed to push him away right before I popped (no homo) but the mess only encouraged him. Pretty soon he was ploughing my keister out. “No homo,” I moaned angrily, gripping the fence. Thankfully the volleyball got going soon after so I could see some titties, but it was too late. The Swedish babes who had turned up mid-fellatio had already decided I was gay, and a chump.

I cold stepped to show them some memes, still pulling my pants back up. “Wow he was really going for it in your butt,” the tallest volleyball babe said over her unreasonably European and large titties. After clarifying that I’m actually straight (no homo) and treat women like objects too, I found out they’re Latvian. That is close enough to Sweden for my inconceivably high standards. Problem is, they don’t know shit about memes. “What is may-may?” she said, mispronouncing it. (Fuck a Dawkins.) Thankfully I have a folder covering everything from impact font cheeseburger memes to lööps and all the other content that’s not about cats. This is because I like pussy and am not gay. This did not hold their interest.

Impressing them with my rippling muscles would be the next move. I took off all my polos to show them my shirt underneath, which has a bunch of kanji I think, and Heathcliff pouring a bottle of lean and a 4Loko into a beer bong that Dilbert is drinking. That much codeine would kill a person in real life (RIP DJ Screw), but not in my world. Dilbert doesn’t give a fuck and Heathcliff has Narcan. The babes had no idea who either of them were.

That was it, things came down to my last move. “If you are not gay, how do you ever get girlfriends with these memes?” the Latvian bikini volleyball babes said like a Greek chorus. My only reply was 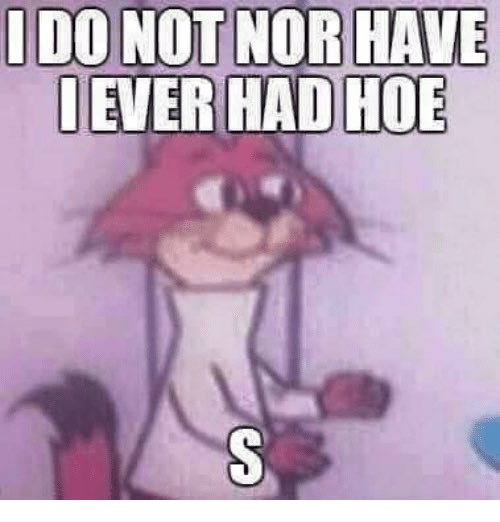