I'll Tell You Where Your Ten Bux Goes!

Recently a guy posed an interesting question on the Something Awful forums.

Of course, he was banned for being a terrible shitposter and putting his nose where it didn't belong on top of it, but it's a question we'd all love to know the answers to, if only because we are whores for all the dirt and gossip we can get our fat fingers on. Once you plunk down the cash for an account on the forums, where does that money go?

OfF KiLTeR suggested alcohol, but immediately withdrew his thought because $10 can't possibly buy any amount of alcohol that may be enjoyed by any one person. He came to the ultimate conclusion that it couldn't be spent on anything good, the least of which on resources to sustain the operation of the forums he failed to be accepted at.

No bans today?! Children, there will be no Christmas this year...But what this reject didn't realize is that $10 compounded over thousands of members can in fact sustain a forum and allow its owner to make a modest living! There have been some forum members who, over the years. have never been able to come to terms with the fact that Lowtax makes money off of his web site. When he broke the news to us earlier this year that he does in fact earn an income, many of us including myself, were stunned. There were always rumors about it but there was never an official statement.

Though we were able to move on many of his detractors are under the impression that making money is "selling out" and that the Internet should be free. The guys who answer the phones at Time Warner tech support make a good point, but recent studies have proven that making money is actually a good thing. It allows you to eat food, stimulate the economy, and buy war bonds. Another thing money lets you do is enjoy yourself with frivolous purchases like a house, something that has been a considerable sticking point with the disgruntled goon community.

Because I believe in transparency and accountability I have decided to open up the books on Something Awful and show you, our deer readers, where the money goes. No, I didn't confuse "dear" with "deer". Our marketing research shows that actual full-blown deers read this web site, which may explain some of what's wrong with Internet advertising in the first place. That reminds me, itchy antlers got ya scratchin'? Parker's Antler Rub cures what ails you. Find it at Rite Aid, Walgreens, or wherever fine itch creams are sold for happy and healthy antlers. Tell 'em Acetone sent you! Make sure you say it! That's how I get my check.

Bandwidth: Today, bandwidth is very expensive and only the ten richest kings of Africa can afford it. But it wasn't always this way. Back in the early days of the Internet you'd go down to your local pharmacist for all your online needs. "Gimmie ten packets for a nickel," you'd say. He'd reply, "Got some postin' to do tonight, aye?" to which you'd say, "Gonna comment on Amos 'n' Andy in real-time with my buddies as we listen live. I'm tellin' you Gus, this season has just been somethin' awful!" Many old timers still tell these tales and youngsters are amazed. Today you can't get one packet for a dollar even on double coupon day and pharmacists are relics of the past. 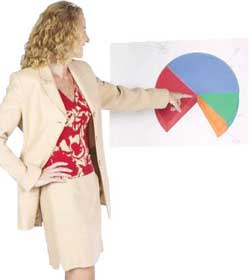 Venessa here showing you where your registration fees go. Whatever else she shows you can be negotiated in private. Let's just say she loves guys named 'Benjamin'.As the Internet became a popular hang out to meet people as screwed up as you are and reinforce your negative traits through solidarity, bandwidth demand started increasing rapidly and the local pharmacist just couldn't keep up. Soon the government started running bandwidth pipes to people's homes and Internet access became a necessary public utility not unlike electricity and Tivo.

Unfortunately our short-sighted politicians did not anticipate the increasing demand and soon the pipes became clogged with shit posts and Internet memes. It's sort of like how the massive American dumps of today clog the outdated pipes of the 1950s, when the tallest humans were only 5 feet high and cheese didn't come out of an aerosol can. The private sector soon stepped in and installed "fat pipes" that would allow the massive packets full of virtual shit to continue to their ultimate destination, grandma's inbox. These fat pipes came at a price and now bandwidth is sold at a hefty premium.

Much of Something Awful's revenue goes towards paying for this bandwidth. SA is one of the largest forums with a wide range of posters with ridiculous views and ideas. Angry packets are taxed at a higher percentage than neutral or happy packets because they are harder to stomach. Since Something Awful's forum traffic is full of nerd vitriol and white rage, the bandwidth bill can get pretty costly. Bandwidth doesn't grow on trees anymore since global warming wiped out the bandwidth tree's natural habitat, Internet companies that lack a business plan and foolish investors.

In the end about $2.50 of your ten dollar registration fee goes to paying for bandwidth fees, which top out at about $40 billion per month, with much of that money going to government kickbacks and slush funds, just as the way our forefathers intended.