SUNNY19 Action News brings you the news you want to hear, when you want to hear it. Don't rely on our competitors and their obsession with the dark things in life, get a sunbeam of journalism right up your news hole!

Democrats and Republicans Rely on Teamwork - Senators plan cooperation to get to the bottom of federal prosecutor firing humdinger.

44 Students Enjoy Trip to Volcano - Flowing lava and lack of poison fumes highlight of trip for 44 eager students in Jakarta.

Red Mosque Visitors Receive Free Vests - Several hundred people gathered at the Lal Masjid mosque in Islamabad, Pakistan where religious leaders are handing out free vests under the watchful eye of the Pakistani police and military.

Lawmakers Happy With Immigration - Contented lawmakers see no need for immigration bill. Representative Zoe Lofgren hails it as, "A vote for the status quo."

Patricide Drops Sharply in 2006 - A recently completed DOJ study reports that fewer people wanted to kill their father in 2006 compared to 2005.

NAACP Chairman Congratulates President on Poverty Figures - NAACP Chairman Julian Bond pointed out that less than "a quarter of black Americans nationwide live below the poverty line." Bond also said that many believe "racial discrimination has become an ancient artifact."

Phones to Remain Safe From Terrorism - A decision handed down by the federal appeals court Friday will allow for the continued security of American phone lines. The government plans to use computers to detect evil on telephones.

Western Forces Achieve Key Numerical Edge in Afghanistan - Afghanistan continues to be a success story for NATO forces as they are outmaneuvering Taliban fighters with increasing regularity.

Duke Nukem Sequel on Horizon - The sequel to popular videogame "Duke Nukem" is under development and may be released this year. It is anticipated by gamers and will require a 3D graphics video card to get the most enjoyment out of the experience.

Chocolate for Your Health - A recent study shows that dark chocolate is good for your health. Don't feel so guilty the next time you have a sweet tooth.

Eggs Are Good For Your Body - According to a recent study, it's okay to put eggs in your body again! They are good for your body again. Isn't that egg-citing!? 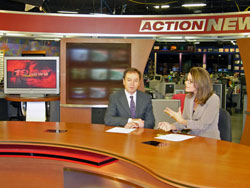 Sexual Intercourse is Good for You - Recent studies on sexuality indicate that the aerobic activity of sex is good for your body and your brain. If a person won't help you get healthy you can make a person with science. Have sex with a filthy golem for your health.

Injecting Poison into Your Face is Good for You - A recent study shows that poison may actually be good for you if you have stiff muscles. Go ahead, get a syringe and root around under the sink until you find a skull on the label.

Delicious Cookies Baked - A whole plate of gooey-hot chocolate-chip and oatmeal-raisin cookies. Rich and sweet and warm in your mouth. Go on, have a couple. I made them for you.

Kittens in a Basket - Is there anything better than a basket full of kittens? They're squirming and meowing and their little heads are poking up over the edge. Try it for yourself and find out. I think you'll be pleasantly surprised.

Somewhere a Beautiful Child is Laughing - He is so happy. Maybe he is laughing about a balloon or just a tickle. Imagine kissing him on his mouth. Imagine what that would smell like. 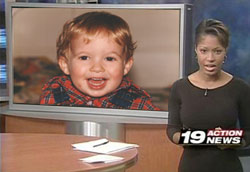 There Are Baby Ducks - They are real and they are out there. They exist. They look like ducks crossed with sweet little teddy bears. That is so amazing. If only you could put them inside your body.