As an Actual Super Predator, I am Disgusted with the Clintons 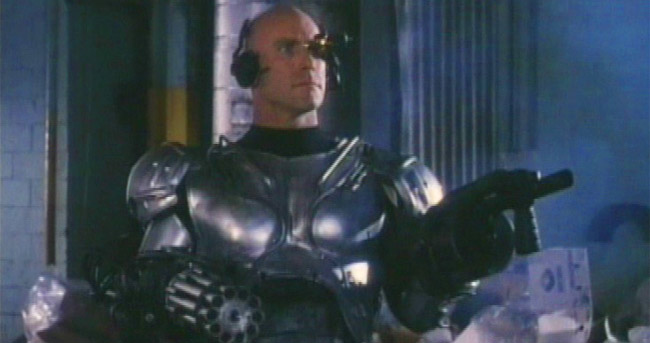 I don't need my tactical monocular overlay to judge an untruth and when I saw that clip from 1996 of Hillary Clinton referring to black teenagers as "super-predators" I knew I had detected a whopper. As an actual super predator, I find it disgusting that Hillary Clinton would compare my capabilities to that of a juvenile human male.

The suggestion that poverty and drug culture breeds so-called "super predators" is ridiculous on its face. Super predators can only be bred by government supersoldier programs, occult rituals, the most skilled chirurgeons of the flesh choir who sing over the tissue vats of Vilexu, or created by pitting populations of criminals against each other on a harsh prison planet to select only the most ruthless for indoctrination into the predator corps.

Clearly this was an error on the part of Hillary Clinton, but when confronted with her past statements about super predators she refused to apologize for her obvious mistake. Do black teenagers have scythe arms? Plasma cannons? Can they recycle their urine 100 times before it becomes toxic to survive on a desert planet? It's ludicrous to suggest black teens are super predators. When confronted with this obvious fact by protestors, Bill Clinton supported his wife's original statement.

Since there continues to be so much confusion from the Clintons, I have decided to take precious time away from reaping the skulls of sentient prey to explain the differences between Black Teens and Super Predators.

My hunting party will now depart. I must take 600 skulls before daybreak to honor my pact. Sound like a lot? It's a living for a super predator like me.