The victims were all beaten to death with a priceless painting of a hammer. There was only one entrance to the room, and it had been locked all night at the request of the occupants, as they were engaged in a night of high-stakes poker and did not wish to be disturbed.

Along with the departed, five other individuals were found unconscious in the room. None can remember the night's events past 2:45 AM, just as the coroner believes the first death occurred.

These are the files of the unconscious men. Can YOU solve the case? 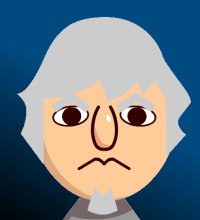 Suspect One:
The Emperor Of Monte Carlo

Background:
Voted the world's greatest fisherman for three years running, but cannot catch a damn thing while standing still. Insisted that the officer filing this report write that down and give the Emperor full credit for the joke.

Statement:
"If you ask me, it was that intolerable buffoon in the pink glasses. He had been arguing with the deceased all night, some hubbub that I couldn't be bothered to listen to." 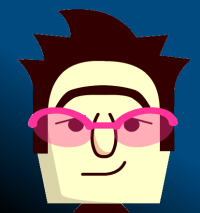 Vitals:
Age - Just A Number, My Good Man
Height - Nearly Twice As Tall As Most Babies
Due To A Learning Disability, Cannot Pronounce Any Word With A Comma Following It

Background:
Has been known to show off his strength at parties by hefting large paintings and swinging them repeatedly.

Statement:
"Why yes, I was arguing with the victims, over who loved the others the most. We were all quite fond of each other, and that was as heated as things ever got between us. If you ask me, I'd say the balding doofus was up to no good." 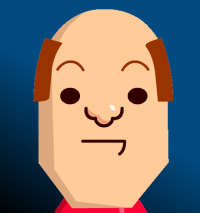 Background:
Once found a $20 bill at a laundromat.

Statement:
"I certainly didn't do it. I was in a great mood since I was beating everyone tonight. The pretty boy, though, he was losing every hand. Looked plenty upset, and come to think of it the victims were poking fun at his misfortune..." 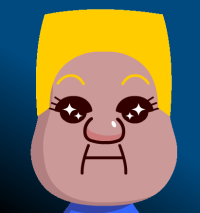 Background:
Rumored to have romantic relationships with the wives of all three victims. Suspected of - but never arrested or prosecuted for - violating anti-sexy laws in several regions.

Statement:
"Yes, I was losing, but I'd never hurt a soul! Do you know what they do to beautiful people like me in prison? They make them hide when the female prisoners visit for inter-prison dances, so the ugly brutes stand a chance! Right?" 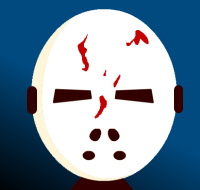 Background:
Nothing is known about Angry Man. No one can recall inviting him to the poker game. He simply showed up, standing in the corner all night while everyone else played. Open sores on his arms and neck secrete a vile substance, its scent a cloying sweetness that induces nausea.

Well, detective? Have you solved the case? Read on to find out if your powers of observation are up to snuff!

A Loose Nail, from which the gigantic painting hung before it fell, killing the three men and knocking everyone else out. The responsible carpenter is being arrested as we speak.