A Special Gift from Chairman Petteridge and the Board of Directors

To celebrate the Holiday Season of Christmas, etc, Chairman Petteridge and the Board of Directors have authorized all employees of North American Panopticon and its subsidiaries to enjoy a HOLIDAY GIFT. You are hereby entitled to your very own sample copy of the first few pages of Last Meals/Last Words, authored by the inmates of Lambspoke Penitentiary and edited by Chairman Petteridge himself.

Death is a journey taken by all human beings. It is the job of Capital Processing at all North American Panopticon facilities to hasten that journey for certain miscreant individuals. The pre-holiday season is always a hustle and bustle to carry out as many execution orders as possible before sleigh bells can be heard in the winter night. Before sentence can be carried out each inmate is allowed a last meal of their choice. They may also make a final statement in the execution chamber, although they are not compelled to do so.

These are the last meals and last words of the inmates of Lambspoke Penitentiary for the 2007 Holiday Season. 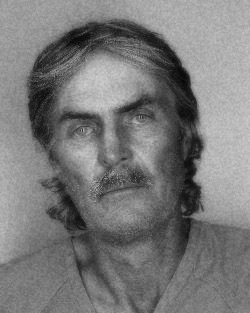 Jerry's Last Meal: Jerry requested one quarter brick of heated Nutraloaf, two tubes of liquid Protochow, five syrettes of Sweetly Now At Last, a half-carafe of Drinkwu, a half-carafe of Diet Shaka Surge, and two serve cups of strawberry kibble. Jerry screamed and threw his last meal at corrections employees, requested the whereabouts of his deceased family, and tried to bite through his face mask. Per the judge's order, prior to entering the execution chamber Jerry's eyes were swabbed with DMSO and LSD.