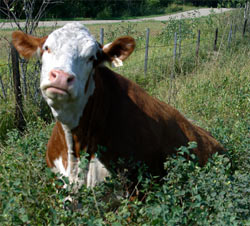 HELLO!!!!! from your father!! No time to chat this is a matter of milk and money, please buy DOUG'S FARM FANCY MILK from now on. i have become a part time delivery driver for MILK and retrofitted a pickup by putting a camper shell on top and 2 miniature fridges inside which i keep open at all times to keep the truck cool when the milk is in it. They run all the time and keep the back of the truck icy cold because on my first day when i told them i could deliver milk i guess they thought i had a refrigerated truck because they got mad when they found out i was driving around town in a hot car full of hot milk and the hot milk smell was getting at me and making me heave while driving to the point where i was sometimes throwing up all the milk i had drank so far. Not much milk got delivered that day. Its a tough job
They hired me because I walked in there and said i was ready to work and I have a car. The boss (DOUG) said the last driver "Got Caught Playing Grabass With Some Playful Latino Thugs" and then i explained how i was inspired to deliver milk ever since the time I drove all night across New Mexico and it was the middle of the night and all i could find to drink was Gas Station Muscle Milk and I drank so much of it that the paramedic said "I Have No Idea What's Wrong With Him, I Think He Has The Bends But With The Runs Also" and for the next week i had trouble being able to tell if it was day or night outside
Most places I deliver milk to are pretty nice even if I show up too early or too late or even if i get lost. At the zoo i was carrying a case of milk in an elevator and it was filled with ladybugs and dragon flies and stuff and it was a little gross but i hadn't been to the zoo in a really long time so i cracked open a milk to pass the time while the elevator worked and some zoo guy pulled me out by the shirt and said i was in The Bug Pod and bugs were falling in my milk but I don't think that was the case. He wasnt wearing a special shirt or anything so it might have just been a guy but he was really mad about me hobknobbing with the bugs in the elevator. I think he was just really into the bug scene 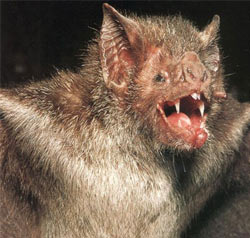 Speaking of animals the only delivery i didn't do at all was at the restaurant where they had bats swarming around a cupboard and a guy was in the kitchen with his shirt off trying to swat the bats with his shirt so i got the heck out of there and buried the milk. They called Doug up later that day so he asked me if i delivered it and i said "Yes Sir 3 Big Things Of Milk, But The Guy There Looked Aloof... Maybe Theres Some Shady Business Going On Behind The Scenes" and thats the last i heard of it. Basically just say something like you would hear on a crime show to get out of anything whenever you have bats and guys without shirts
Cheers to you this holiday season i will be opening paper milk cartons for New Year Eve and hope you do the same (DOUGS MILK) so that i can keep doing my milk job. In case i drink so much milk that i become a being made of pure bone / calcium golem unable to speak have fun!!!!!!!!!!!!!GOODBY DAD

THE BEST MILK MAN IN TOWN