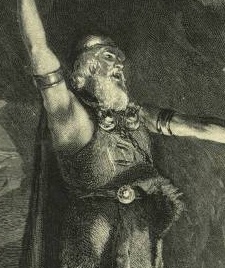 Volggrimr the Warrior King the Destroyer of Fifty Kingdoms the Tamer of Stallion the Prince to the Gods the Harbinger to the Underworld the Destined greets you graduate school admissions office with upmost respect. For the first morning in countless mornings me sword is sheathed and me presence is for peace. You have something Volggrimr want. Understand that Volggrimr already Master of land, sea, and bird air but now Volggrimr want be Master of history. Such power is in the degree of master that it shall lift Volggrimr to the near relm of god. A lifetime of war have brought everything in world to Volggrimr but wiseman say that war cannot earn Master of history but me must instead go to University. Volggrimr promised Father on he deathbed that never would Volggrimr collaborate with evil magic but once now Volggrimr must break me own promise to fulfill destiny. Now with me armies surrounding campus Volggrimr ask you for admission to this city state where he will earn the crown and the Kingdom of history and in return Volggrimr will not crush you and instead bring everlasting glory and immeasurable gold from corners of earth.

But Volggrimr deservers to be Master for more than the strongest army in existence. Me also destined to wear the crown of all earth. History is simply the last kingdom of the world that me needs to own to fulfill destiny. As babe me father carved the symbol of King into me arm with he own sword. Father said that Volggrimr be Master of all crowns one day. Blood drip down me arm but never cried or grimace but instead watched Father sword shine in the fire. He stick the sword into the embers with me blood to sacrifice to gods. And now me destiny is with gods. Though Father sword sharp and strong and Father cut too deep and Volggrimr lose control of arm me still know that it was true what he said. When the stars fell during the War of Blood River a god came and told me that I must apply to the graduate school here and earn a degree.

Gods have control of Volggrimr is also a hard worker. The desire to be 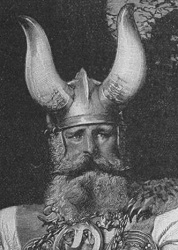 Though Volggrimr never take GRE me have much experience. When battling the heathen northern warriors Volggrimr downed five hundred men with sword in one sunrise. The legend of the Battle of Solstice has travelled farther than my armies to the distant reaches of man and should be enough proof of me own ability more than any computer test. But in case committee does not understand the difficulty in warring in the northern lands Volggrimr include a CV. Note volunteer section. Though for hundreds of moonturns Volggrimr have crushed the bones of enemies Volggrimr also believes in helping the needy. Volggrimr volunteer with urban orphan tribe and now have "little brother." The blood of kings do not flow through him but me still teach Tyrone the ten levels in destroying civilization.

At this time it is important to know that Volggrimr comes from a long heritage of noble kings. The blood that runs through me own veins is found nowhere else in the world. For that reason Volggrimr should be considered a minority student.

Understand that though Volggrimr want Master of history me do not need all history. How university come into control of it must be difficult and Volggrimr only needs a little of the kingdom of history. A map shall be brought and together the lands will be divided between University and Volggrimr. For example Volggrimr need the history of war and kings but you can have history of women and material for Volggrimr have enough already. Volggrimr also no need history of the many people already crushed by me. Probably the most of history study is spent learning of the great deeds of Volggrimr and since the doer of deeds was me you can have those too. Only the greatest empires need taught to Volggrimr. By splitting the kingdom of history University and Volggrimr can rule together. Think about it. 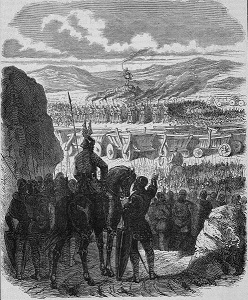 Funeral PlansBut the true reason behind application is sorrowful. Volggrimr use the wizard eye to see into the future to see me own death. Though the gods have lifted me beyond the reach of mortals it is only in spirit that Volggrimr will enter the fjord of the gods. But Volggrimr does not fear. No. No fear. Volggrimr want to become master of history to learn how weaker kings got remembered then Volggrimr will outdo them all and live eternal in memories of the weak. Already Volggrimr have largest fire pyre greatest statues and perfect poems to worship me after my death but Volggrimr need more. To guarantee history means more than the many stacks of gold. More than the land and slaves too. Means everything. Already Volggrimr is the King of the future but with graduate degree in history Volggrimr can be the King of all past also. For these reasons I hope to be accepted to graduate school and become Master of history.

Me and me army hopes you make the right choice.