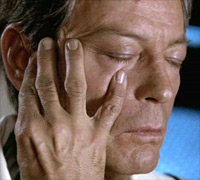 You can have my katra, but I will never reveal the Wu-Tang secret.Oh god, about three hours ago I was getting out of the shower, and I slipped and fell on a yogurt lid. My reasons for eating Activa yogurt in the bathroom are valid but disgusting so I will not go into it, but the point is that I could have died. Now that I've had a little while to rest and reflect I've decided that instead of writing a regular update, I'm going to offload every memory I can think of right now into you. I'm going to be like Spock and you'll be like McCoy and this will be just like The Wrath of Khan. Basically, the only difference will be that I die not from radiation, but probably indirectly from a mean case of the runs. There's no time to lose, so here goes:

The first memory that immediately comes to mind was made about 10 months ago. I just started a new job about 2 hours away but hadn't moved yet so I was still commuting. One evening, I was waiting on a red light in a little town about mid-way home when I noticed a dude with a duffel bag looking at me and giving me a thumbs up. That's pretty cool of him, I thought, so I gave him a thumbs up right back. About 15 miles down the road I realized he was probably just a hitchhiker and not actually giving me a thumbs up.

Another memory that's right there at the front of my brain was the time our class was visited by DJ Safety Pup. You see, one year our school was feeling extra politically correct, so we had "Winter Holiday" instead of Christmas. There weren't any identifiable decorations. It was pretty much just randomly-colored streamers all over place, and instead of Santa Claus or the Hanukkah Bear, we got DJ Safety Pup to come in and teach us some safety tips.

This enormous dog fursuit man came into our classroom and gave us a taste of the rap game ("The name's DJ Safety Pup, and I'm here to say...") while handing out coloring books featuring pictures of people putting reflectors on their bikes and stuff. After all the holiday goodies were given out, he tried to keep the show going by putting his leg up on a chair and making the enormous dog costume head bob back and forth. Since the head was like 2 feet wide in every direction, he pretty much had to convulse his entire body back and forth to get the head to visibly bob around for any outside observers. The horrible hip-hop holocaust finally ended, and the dog-man stood there exhausted and breathing heavily in a room full of kids stunned by the awkwardness of the situation. I don't remember anything after that, so I'm guessing the guy took off. 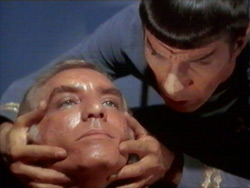 Oh, and I want to tell you about my childhood friend: Zebulun! He started going to a different school around fifth grade and hasn't talked to me since, but for a few years before that we were best buds. For my money, he had like the coolest house out of anyone I knew. His dad put shopping cart wheels and a big handle on a wooden pallet and Zeb and I would take turns pushing each other around the street on it. I'm sort of surprised that we are still around after that, since it didn't turn very well and if a car came through we'd be dead right now.

A few years after the Super Nintendo came out and when my older brother got a job and could afford us one, our old NES fell into disuse. I guess to parents this means, "Yeah, go ahead and sell my old console for a pittance" because my mom found the box closet and sold it all to Zeb for $20, including all of our games. Weeks later, I went over to Zeb's house to find him on the floor of his room playing Mario 3 on a computer monitor that his dad had somehow rigged up. The only problem with that system was computer monitors don't have speakers, so he was responsible for making all the sound effects himself, which he did enthusiastically. He'd go "FwoooOOP!" every time he'd jump, and "Ding!" with every coin collected. Every time he'd run through a mass of coins you'd think he was having a fit. Now that I think back on it, that is probably the most depressing memory I have.

That is, unless you count the time in 2nd grade we were all writing to our pen pals. 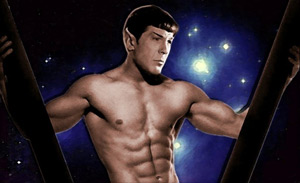 This is basically me.I had a pen pal in second grade, and on January 3rd of that year I read his letter and found out that his mom had just died. It was a very awkward letter and I couldn't figure out how to write back, so the teacher said I should not write at all and they'll assume the letter was lost. Looking back now, it's pretty messed up, but I was pumped at the time because I got to go play Breakout on the computer while the other kids had to write their dumb letters. (I remembered it was the third of January because it was the day after coming back from Christmas break, which is when we got the classroom computer [and Breakout].)

That's basically all there is to it, it's pretty much my entire life summed up, the essence of my existence. Thank you so much for listening. You have been-- and always will be-- my friend.