My Tattoos Have Made Me the Most Unique Person on Earth. Now I Feel Utterly Alone 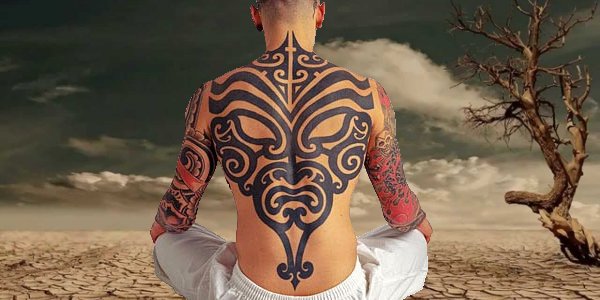 I have a lot of tattoos. My first was a bar code on my left bicep, followed by the FCC and CE marks on my right. Then I got a skull on my chest. (I wanted that animated gif where the skull gives you the finger, but my tattoo artist said that's not possible yet.) My most recent one, on my left forearm, shows two radly tattooed arms tattooing each other.

With all these great tats, it's safe to say I'm the most unique person on earth. Which sounds great, until you realize how lonely it is.

Remember that movie where there's a vampire plague and only one man survives? (The Vincent Price one, not the Charlton Heston or Will Smith ones, those are too mainstream.) Being the world's most unique person is a lot like that. I'm the only individual in a world of mindless zombies, except instead of my blood it's my ink that sets me apart. It's pretty horrifying, not unlike the Giger-inspired biomechanical gun on my left thigh, which I designed myself.

Being the most unique person is also like that bad acid trip where you realize you're God and no one else really exists. Sometimes I think I am God and made the whole universe in six days, outlining it the first three, then adding color and shading. Of course, if I really were God, I could make a tribal triqueta appear on my leg - unless God can design a tattoo so awesome that even he can't ink it. 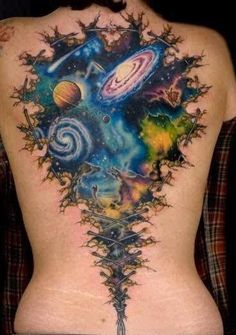 Not that I don't try to reach out to people. I often corner them at bars and show them my tattoos and explain what they mean. I can tell they aren't listening, though. Not that I blame them. To the average mind, descriptions of my tattoos probably sound like L=A=N=G=U=A=G=E poetry. Your brain checks out after a few sentences.

Even my conversations with fellow tattoo enthusiasts are fruitless. The other day, a heavily tattooed man saw the teardrop tattoo on my cheek and asked if I'd been someone's property in prison. I said I'd never been in prison, but what was worse, being in prison or being the only one who was free? The man said that having been in prison, probably the former. Never mind, I said and sulked away.

Speaking of prison, if you've ever been in solitary confinement, or watched a PBS special about it, you know it messes with your head. The social isolation of my uniqueness does too. Once, while looking at the "Love" and "Hate" tattoos on my knuckles, I hallucinated that I grew a fist for every emotion until I was a giant seething mass of arms. Sometimes I get so lonely that I talk to my tattoos like Tom Hanks does to the volleyball in Cast Away. I have one of Vampira that sort of looks like it's talking when I flex my arm. We have pretty boring conversations - if you've ever talked to a tattoo, you know they only speak in Bible scriptures or metal lyrics. Plus, I know I'm really just conversing with another part of my brain, either the part that likes skulls or the part that understands the true meaning of Donnie Darko.

It's all so horrible that sometimes I think of getting my tattoos removed, although that would still leave my piercings. Let me tell you about those.