According To Tolstoy, All Great Literature Is One Of Twenty Two Stories

A man goes to flavortown

A hero wakes up with amnesia in an imperiled village 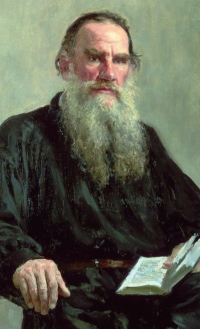 An orangutan must check in to a hotel

A child discovers magical pocket monsters, or pokemon if you will

A chosen one must find an important item... and the fate of the world hangs in the balance!

A man goes on a short jog

A baby becomes a boss

A nonstop thrill ride that will have you on the edge of your seat!

A kid who gets into an accident and can't come to school. But when he finally comes back, his hair has turned from black into bright white. He says that it's from when the cars had smashed him so hard.

A fitness instructor gone rogue... a mutant crime boss on the take... it's time for aerobic justice!

A ghost learns how to drive a stick shift