Have you been feeling a little strange lately? Drinking nothing but whiskey and eating nothing but cigarettes? Find yourself reminiscing about the weird, bad old days broke and drunk in urban America? You're either a character in a novel or trapped in a Tom Waits song. Know the symptoms and you might just save...well, you won't save anyone. That's not possible. Sorry. 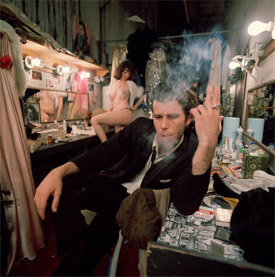 There is a saw playing in the background no matter where you go in the forest.

You have ever fallen asleep standing up in a tenement doorway.

You have a police record in an Asian port city for fighting a sailor over a dice game.

Someone has ever seriously called you "small time" or "big time" or your given name is Cincinnati.

The devil has appeared to you and he spoke by growling through an old megaphone.

You drive a Buick Special from one point in the Midwestern USA to another point in a big hurry.

It is after 2 AM and you are washing dishes in a dance hall.

It is your belief that the only good things in this world are alcohol and a lady you once knew by her first name only.

In your opinion there is nothing wrong with storing your money, your gun, and your tragic love letters in the same shoe box.

Your body has adapted to a 100% cigarette smoke and whiskey habitat.

Someone tells you to sit on the rumble seat and you immediately know what they mean.

Hopping a train seems like a normal way of getting around the country. 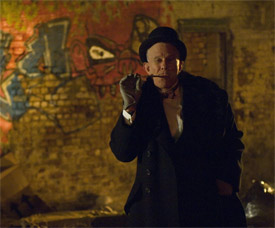 One of your friends is a dwarf and he has killed somebody, probably at a sleazy circus.

Your nickname could belong to a baseball player from the beginning of the 20th century. Something like Chuckles Malone or Wrong Hand Kid.

When you hear a church bell you just shake your head because you know that everyone is evil and we're all going to hell, which you ridicule and also firmly believe in, mostly because you have met the devil as mentioned earlier.

If you are a woman you are slowly fading into a bittersweet memory like a sepia toned reverse Marty McFly.

You occasionally fantasize about opening a combination greasy spoon diner and piano bar.

If you received a collect call from a strange country you would be compelled to take it.

It is your firm belief that nature is a terrifying place where murders happen. Murders also happen in the city, but they are normal murders like a one armed Chinaman shooting a drunk, not creepy barnyard and forest murders.

You live in a working class urban neighborhood, you're down on your luck, probably broke, and you know the boiler room where the devil lives.

You are literally the devil.