So what about the eagle, god?

Oh, my bad, son. I know you must be impatient to hear this shit, because this is important. After he lost that eagle, maybe some of us thinking "he can get along without the bird, he got on for years without the eagle so he gonna be fine." We told ourselves that shit, but deep down we knew it was not the truth. That eagle was a part of Tooth, and ever since the day he first locked eyes with that bird and game recognized game, them two been like brothers, son. More than brothers. Like a part of Tooth's soul was inside that eagle.

When that eagle blew up on that terrible day, part of Tooth Tooth blew up. Not the cockeye part of the hepatitis part, or the part with the limp or the part that sometimes got trouble saying "R" properly on account of he ain't had no speech therapy as a kid, too broke for it, couldn't even get a spoon for his mustard- nah, the part of Tooth that died was the part that hustled, the part that could stand up against the injustices of the devil. The part that fly Chinese bitches snuck up behind and surreptitiously rubbed they fine asses against. When that eagle blew up, Tooth's swagger done wrinkled up and dropped off.

After that night, Tooth Tooth abandoned his pilgrimage to Ohio, son. I think I told you last time, he was trying to get out there and reclaim the life of a poor righteous man, but he got held up in the car rental place of the Cleveland airport when some bitch-ass rental car lady wouldn't accept his ten thousand dollar bill cause the dumb bitch ain't think it's real, just cause she ain't never seen a uncirculated 1930s banknote before. So a scuffle ensued, Tooth's eagle blew up, and shit got all fucked up for a while. Tooth came back to the city, but shit just wasn't working right. His hustle was hollow; fine Chinese bitches had evaporated back into the Orient and no longer tried to climb in his window at night. He threw his keys to kids to park his whip, but the keys just bounced off they dumb faces and fell in sewer grates.

"I must go back to Ohio," he declared one day, "and revisit the scene of where shit went wrong."

He flew back to Ohio, traveling light with a trunk of his finest suits and a knot of ten thousand dollar bills the size of a boxing glove. He reached Cleveland, but out of righteous principle he elected not to return to the rental agency where his eagle blew up, and he went to Hertz instead and got stuck in a bitch-ass Chevy Cobalt. And then he just drove, son. He headed down south, and he drove until the night was late and his eyes got drowsy, and he found himself in a village called Bucyrus where he stopped to seek lodging.

So he go up to the Bucyrus Motor Lodge and ring the bell, and a couple real wary Ohio cats slink out, they eyeing Tooth like they ain't never seen the wounded husk of a once-proud righteous black man who just lost the eagle most dear to him before. Tooth ask for a room, whip out his knot and peel off a ten thousand, then he take a look at the bucktooth rustic crackers running the joint and figure they probably can't break that shit and he probably don't want to be laying a nine thousand nine hundred dollar tip on a couple of bucktooth rustic Ohio crackers in goddamn Bucyrus. He just pull a hundred off from the bottom of the knot instead, he keep those around in case he gotta insult a stripper. And he like, "I ain't in no mood for theatrics, bucktooth crackers, just afford me lodging this night because I am weary, I ain't no threat to you, you can plainly see that my eagle blew up." 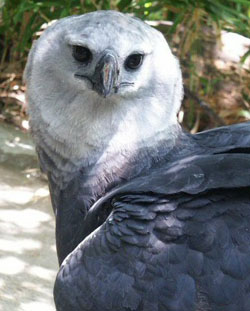 And the crackers go, "sorry, sir, but we don't got no rooms tonight, what with the festival and all." And Tooth looks to his shoulder, indicating to his eagle that there be a rustic hillbilly Ohio cracker who plainly got one too many eyes sitting in his sallow face, but he finds only the empty space where his eagle would have been sat if not for the tragic circumstance of the day. And, without his swagger, Tooth just say "ordinarily I would not tolerate the lies of the swine-fed children of Yacub, because I know full well that this backwoods-ass burg ain't got no festivals, but my eagle is blown the fuck up and I ain't in the mood to do harm upon your cracker asses."

Tooth Tooth slunk back out to his bitch-ass rental Chevy Cobalt, reclined the seat in that shit and fell into a troubled sleep.

And in the night, his eagle visited him. "Tooth Tooth," the eagle said, "in our journey together, we followed the path of the righteous teacher. We witnessed supreme mathematics upon those who would see the light of truth, and we visited justice upon they who would eat of the swine. But now our ways must part, for I have blown up in a great ball of flame. Though our paths cannot cross again, I know you will continue to lead the life of a teacher, a beacon of truth, a symbol of justice. And I know this Chevy Cobalt ain't your idea, but- hold up a minute, Tooth, do you smell that? What the fuck, hold up a second, I'll be right there."

Just then, Tooth woke his ass up instantly, for he smelled the most odious of aromas: the flesh of pigs, cooked by the wicked. The smell of Yacub's evil science. The smell of the white devil himself. And he looked over to his passenger seat, and there he see his eagle, alive as the first time he saw him at that zoo. And in the eyes of his eagle, he see a message: "Yo Tooth, I can't believe this shit, look what we're in." Tooth look up and see a huge banner: "Bucyrus Bratwurst Festival."

"Motherfucker," intoned Tooth Tooth, and he looked over at his eagle, and his eagle parted its beaks for a minute as if to say "word." 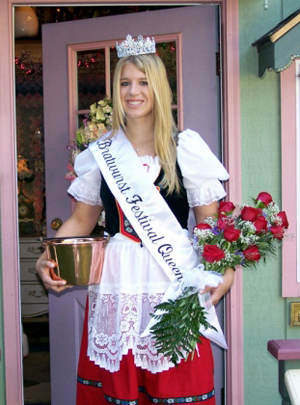 I can't say too much on this shit because they got a class-action suit going on Tooth Tooth and I don't want any details of this shit spreading around, but believe me when I tell you that some sausage-eating crackers lost their eyeballs that day, and the righteous beak of black-souled harpy eagle justice delivered many talons to the flesh of those who would corrupt their bodies with swine.

Tooth Tooth walked out of that cracker-ass town a revived man, eagle on his shoulder, swagger in his limp and an incongruous Ohioan Chinese bitch scattering flower petals in his path and silently speculating on the majesty he might got going on in his dick area. And as they walked out of that wicked place, the eagle saw that Chevy Cobalt still parked there outside the motor lodge, and that eagle gave Tooth a look like "hold up, Tooth, gotta take care of this," and the eagle soared high into the air and bombed down a righteous eagle mess upon the hood of that bitch-ass car.

And a careful observer might look at that mess on the car and go, "yo, am I tripping or does that shit look like Bill Cosby?"