Hogan. Hart. Savage. B. Ware. Four of many names that catapulted wrestling to its beloved status in the 1980s and 90s. The country was abuzz with tales of small men slaying giants, of epic battles sprawling out of the ring and into the crowd, of grown men wearing fancy underwear and hitting each other with chairs. Heroes and legends lived and died on the canvas as the country watched, awestruck.

But what about the Shangos? The Schysters? The Doinks and the Geniuses? Kamala sheds no more tears for his primitive homeland; Repo Man claims no more ill-gotten possessions in the name of his own greed. What of these glorious men, these Unsung Legends of Wrestling? Tonight, ladies and gentlemen, we honor these men and their contributions to the to the illustrious world of sports entertainment.

Please remove all hats and sunglasses and share a moment of silence for these men – nay, these legends – who shaped the face of the world today. 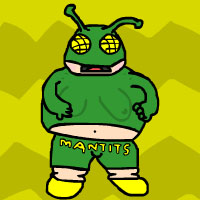 Bio: Marley’s storied past is deeply embedded in the lore of wrestling, covering the 43 years spanning his birth, career, and eventual freak death at a wet T-shirt contest in Sarasota, Florida. His original “Tittycopter” gimmick (in which he twisted his saggy, pendulous man breasts into a “propeller” shape and then released them, slapping his opponents repeatedly about the face and neck) was so universally reviled that he left the sport for several years, selling vacuums and driving semis for a living. Wrestling was in his blood, however, and he returned with a new gimmick: An alien bug-monster named “Mantis”. Fortunately for him the gimmick did not last long – his tailor, mesmerized by the size of Marley’s breasts, accidentally embroidered “Mantits” on a pair of his shorts, and thus a legend was born.

Trivia: Marley wrestled as both a face and a heel, and was often known to sling one of his breasts into his partner’s hand during tag matches. After the rules were amended and only hand-touches were allowed to signify tag-ins, Marley used his appendages to slingshot himself into the ring and onto unwitting opponents. 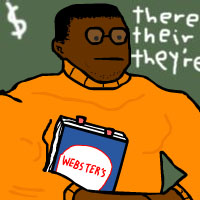 Bio: A strong opponent of the Ebonics uprising of the later 20th century, Grammar Negro took his fight for proper English out of the classroom and into the wrestling ring. However, his spectacular career was cut short by a simple, glaring speech impediment: He often pronounced words beginning with “P” as a stuttering, jerking “fuck you”. Although psychologists at the time were quick to blame Tourette Syndrome as the culprit, a recent autopsy revealed quite the opposite. His lips, permanently swollen due to an early job as a logging company’s beehive taste-tester, contorted his words so badly that he often thought one sentence and spoke a completely different one. This created a number of interesting feuds, including the popular “Who ate the last slice of FUCK YOU” angle with rising star Marty Jannetty.

Trivia: Grammar Negro would eventually assume a pseudonym and travel to Hollywood after his wrestling stint. His most popular role was in “CyborgWarp”, a film tailored to his peculiar handicap. 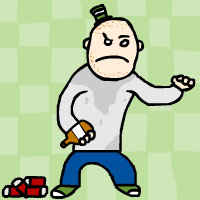 Bio: O’Shaugnessy’s gimmick is an unresolved question in the annals of wrestling history. Although he was a slight Irish man, weighing in at 105 pounds soaking wet (“with me daddy’s best ale”, as he would often add), he refused to go by any name but “Mt. Fuji” and would often turn to fisticuffs when approached about his decision. In fact, despite his gimmick name and finishing move, no part of his routine was remotely Asian – he would often show up to his matches drunk, unshaven, and surly, “all in the name of me motherland”.

Trivia: Even more perplexing was O’Shaugnessy’s disdain for sushi and fish in general. His finisher came about when colleague The Ultimo Dragon offered a bite of salmon stir-fry and the Irish brawler responded by throwing him face-first into a medical waste dumpster. 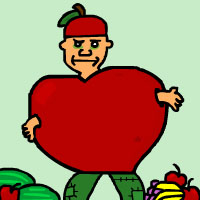 Bio: While in his prime Fruitenkamen was arguably the most popular wrestler of his generation. Not athletic by any standards, his gimmick pushed him to superstardom: As a royal Egyptian apple with sass to spare he boasted a 93-1 record, surpassing even his most bitter rival, Lenny “The Legume” Lawrence. If anything his trademark apple suit harmed his physical prowess – historian Jason Stull compared his fighting to “a morbidly obese, sunburned penguin slap-fighting his way to a huffing, squealing victory”.

Trivia: Many wrestlers hated Fruitenkamen in and out of the ring. One of the first pros to live his gimmick, he removed his apple suit only when necessary and then only in the locker room, creating a ghastly smell, just so his colleagues could “get a whiff of the imperial banana”. 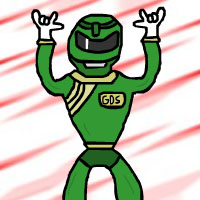 Bio: One of the most debated figures in pro wrestling history, Gay Dinosaur Slayer’s intentions were never totally clear. Some said he was simply a gay man who enjoyed dinosaur hunting. Others argued he was a straight man hell-bent on ridding the universe of all gay dinosaurs. His finisher, the Brontosaurus Face-Smasher, furthered the confusion: Although effective, the move made him and his opponent appear as though they were engaging in anal sex. Strangely enough, when he performed the move on female combatants, he stood two feet to the left of his normal position, an approach most experts say was more efficient and painful than the method he used on his male enemies.

Trivia: Gay Dinosaur Slayer left the business in shame after being destroyed in the ring by his rival, “Stegosaurus” Steve Watson. Watson, who was openly gay, was the only dinosaur-themed opponent Slayer ever faced, leading some to argue that he was neither gay nor a slayer of gay dinosaurs. That said, almost all experts agree that nothing will ever be gayer than “Turok: Evolution”.


With the Hulkster on reality TV and Macho Man cutting rap-metal albums, we can only hope you appreciated this look at wrestling's quiet saviors, the men who allowed gimmicks like Irwin R. Shyster and Duke "The Dumpster" Drose to shine. We ask that you remember one thing: It's a job to wrestle; it's a real job to wrestle while pretending you have another job which has nothing to do with wrestling. If that isn't poetry I don't know what is.