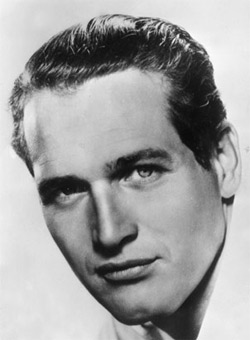 Newman was a hero to all of us here at Something Awful. He appeared in over 60 movies from the 1950s all the way until 2007. These weren't some shoestring budget suck-and-fuck gonzo quickies shot on a handycam in a Day's Inn off route 14 and posted up to a website in the Czech Republic. Newman made honest-to-god American cinema classics like Up a Bird, Fold It In, Fancy, Hoop! and The Grigs Memorandum.

Newman never got his cock out in over 50 years of film. Not once. Not even to have a piss. He let it go right down his leg and ate an egg, because that's how men were in his day and that's the sort of real man Paul Newman is. Was.

To commemorate his career and celebrate his life we have decided to provide on the scene coverage of Mr. Newman's funeral. None of our usual writers were willing to take on the ghoulish task of blogging the funeral from the funeral, so I contacted Rocky Mountain News reporter Berny Morson.

Morson is a Twitter expert and he recently covered the funeral of a murdered child by updating his Twitter page from his cellphone while the funeral was ongoing. This raised eyebrows, the sort of eyebrows that we have above our eyes here at Something Awful.

We asked Mr. Morson to cover Newman's funeral for us and Berny was glad to be out of Colorado. It is a loathsome state of no great splendor only made uglier by the doll-eyed sows that waddle around its streams and dreary hills.

If you have difficulty viewing the feed on this page you can head directly to Twitter and fuck yourself.