I Want Your Money Back!

Let's face it, everyone wants to have money. The old addage that money can't buy happiness is not exactly true, especially in this day and age. I know that not a day goes by where I don't wish that I had money so that I could afford to purchase that small island in the South Pacific I've had my eye on all these years. Then I'd have a place to begin my genetic testing and develop a superior race of supermen who would take over the world in my name. Soon I would control legions and all would bow down before me. But the best part would be that I could command people to make me delicious ice creams of various varieties for my confectionary enjoyment. Flawless! But unfortunately that sort of mad phat cash bling bling is nowhere on the horizon, so I have to be content with building an army of not-as-supermen in the basement and drinking large quantities of Liquid Plum'r.

The thing about money is that while its presence may not guarantee happiness, its absence almost certainly guarantees unhappiness. I mean, I'm not going to say that all poor people are unhappy, but when you're broke, you worry about money. That's just the way things like that go. As a result, people are always looking to increase their wealth, and one of the more socially acceptable methods of doing this is Wall Street style on the ever-successful stock market. In this scenario, people take money that they do not really have to spend and inserting it into the gaping maw of the stock market. Here their money is quickly ingested and perhaps parts of it are eventually regurgitated in vomitous masses, but the people seldom get back more than they put in.

This is the part of the update where if I had any knowledge whatsoever about economics I would insert it here and sound exceptionally intelligent. Unfortunately, I know nothing about economics or the stock market except for what I have observed in my short and pork rind-filled time on the planet. This observing usually consists of watching the news or reading somewhere online that the stock market is either up (this is good) or down (oh no, this is bad) and listening to my parents or some other old-type person complaining that they have lost thousands of dollars on stocks in the past however many months, which is of course always the fault of Bill Clinton.

I do not claim to have a higher understanding of the stock market but I do know that it has been really sucking lately and that a lot of people have been losing a lot of money. I have also noticed that it is becoming increasingly easy to blame bad things on the stock market's poor performance. Some of these things include: 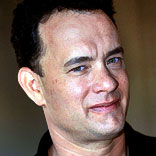 Tiresome actor Tom Hanks cast in yet another melodramatic piece of garbage? Thank the stock market.

The obvious lack of that one kind of pizza we buy with the cheese in the crust- where is it, dammit?! It's the fault of the stock market.

Traffic is very bad today. Cars are backed up on the 5 for miles. Damn stock market.

My head hurts and for some reason I keep thinking that I have five legs coming out of where one leg should be. Wow, thanks stock market.

God is dead. Apparently there was some sort of scuffle and he was killed by the stock market.

I can't turn on the TV without seeing that horrible commercial for diabetes medications with Wilford Brimley. Stock market.

Another thing that I just don't understand about the stock market in general is that it really doesn't differ all that much from gambling in a casino. The odds are probably about the same that you will eventually come out ahead. I guess it's just more socially acceptable to say that you spend your money gambling on stocks than on horses or on roulette or on the date that Celine Dion will finally and thankfully meet with a cruel and violent demise.

I have been thinking as I sometimes do when I forget that thinking is bad for you, and I have realized that it would be really easy to make money off of people when they think that there is any chance whatsoever that they will get rich. For this reason, I will formally ask that people give their money to me instead of to the stock market. I have several get-rich-quick ideas that I am sure will tantalize them much more than those dumb stocks ever could. And if they lose, well then hey! Here comes my island. 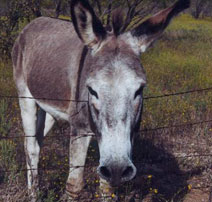 IDEA 1: The Donkey that Poops Money!

Description: This is a donkey that poops money. It eats money by the bale and all you need to do is simply feed it your money and wait. It will eventually poop and there is a remote chance that it will excrete more than you fed it! Of course, there is also a chance that it will excrete nothing but poop with nary a penny to be seen, but hey, them's the breaks! Try it out. This donkey is hungry for SUCCESS!

Pros: You can get rich with minimal effort!

Cons: You might just end up with a lot of poop. 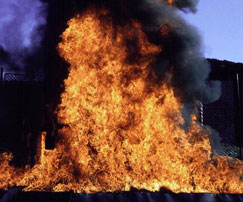 Description: A whole bunch of people throw their money into one big pit. They take turns trying to set the money on fire and whomever has done the best job of flame-proofing the money gets to take it all home! This contest is open to people of all ages but there is a minimum entry fee of $50,000.

Pros: If the other people did at least a moderately good job fireproofing their money you might win a whole lot!

Cons: You might win ash. Ash and heartache. Ash, heartache and lies. 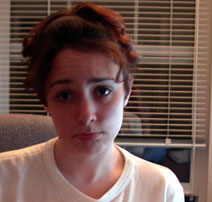 IDEA 3: Give Your Money to Me!

Description: In this fast-paced game of get-rich-quick, you simply give your money to me! Please? That's right, all of it. Give it to me. Come on. Do it. There is a very slight chance that I will feel guilty and perhaps give you your money back and then some. But in the meantime, give me your money. I demand it. Chop chop.

Pros: I will have your money.

Cons: I will have your money.

I make no claims to be as exciting as the stock market even on its bad days, but I am sure that my techniques of taking chances and getting rich work just as well if not better than the Dow Jones or NASDAQ ever could. Maybe this is something where I am just not supposed to understand these things until I get old and withered and have a few extra thousand dollars to play with. I can't really see that happening at this point because as we all know I am going to be young forever and at this point it is hard enough coming up with an extra five bucks for tacos. I would also say that if I had "extra" money that that money could and would go to things more worthwhile and productive than the stock market such as my army of supermen or perhaps that autographed macrophile furry art I saw on Furbid.

I suppose that to some crazy extent that I am not yet aware of the stock market helps the economy, but I have yet to see it really help anything. The people that I know who invested in stocks have all lost money and every day I see new reports about how the Dow has sunk to a new low and how we should all start hoarding food because things aren't looking good for the old US of A. While I am optimistic that things will turn around, I nevertheless insist that dammit, people need to stop being dumb. DAMMIT, PEOPLE! STOP BEING DUMB! Don't waste your money on risky shit.

That's right, here she is! She has a brand new website dedicated to her new pet exorcism services, so check it out! She can't wait to get your email. She told me this as she was carving up a large ham the other day. Once she gets your email she will answer your questions in her weekly advice column! Send the crazy old biddy email with advice questions so that she doesn't kill people or anything because she's kind of loony and I have no idea what she would do if you didn't send her letters to answer every week. I don't want to find out, either.