Welcome to the Brotherhood of Steel 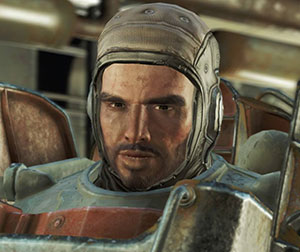 I didn't know what to think when you answered our distress call, but I'm damn glad you did. You showed up in the nick of time, and though you didn't get a chance to help fight off the advancing ghouls herds, you showed tremendous courage. While I took down wave after wave of irradiated nightmares, you carefully scoured our makeshift compound for any ammo or valuables, with no sign of fear.

Anyone else would have seen the threat we faced and retreated like a coward, but not you. While I blasted away to protect my brothers and sisters and preserve our mission to save humanity, you helped out by carefully searching all the irradiated bodies for supplies-- supplies that might help us turn the tide of this conflict. Well done!

That's why I immediately recommend you for the rank of Initiate and drafted you for an important mission. I saw something in you that moment: the rare focus to get things done, no matter the odds. And just as I suspected, you acquitted yourself like a battle-hardened soldier.

You showed remarkable discipline and courage standing next to me while synthetic monstrosities blasted me with lasers from all angles. A lesser man would have run screaming, but you stood your ground, ignoring the threat of certain death to carefully pick up and examine everything in the immediate area.

The fact you kept your cool and still managed to carefully loot our fallen enemies without breaking a sweat showed you to be Brotherhood material through and through. Even when you picked up too many laser guns, so many that you could barely move and then spent five minutes carefully discarding individual pieces of garbage from your pockets -- all while I fought our enemies with little hope of survival -- you showed phenomenal fortitude.

If I wasn't so busy fighting to save our lives and protect the future of humanity, I would have stopped to commend you right then and there. I won't make that mistake again.

That's exactly why I wasted no time asking the High Elder to make you a Knight. You had more than proven yourself worthy of our most valuable technology and secrets. That's also why I invited you to our airship, so that I could personally introduce you to the High Elder himself. 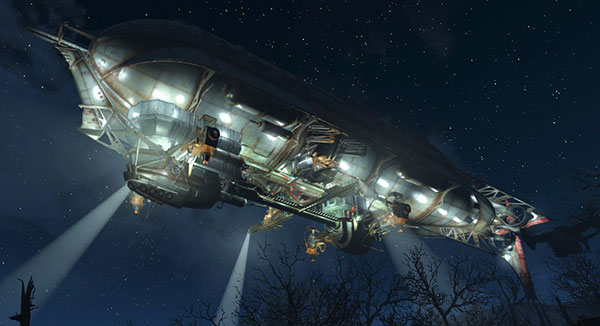 I'll admit I was worried I wouldn't live to see your promotion, especially when our Vertibird barely made it to the Prydwen intact after you took initiative and started firing on heavily armed robots below. I'll be picking rocket shrapnel out of my hide for years to come, and won't forget those that we lost on that perilous flight.

But we made it, and the High Elder himself promoted you to Knight. You might have missed that, since you were so eager to gear up for battle that you ran right past him. I don't think there was a single container left empty after you were done. The High Elder himself asked if you were planning to take on the threats of the Commonwealth all by yourself, what with all the gear you took.

I couldn't have been more proud. You were so eager to suit up in your Power Armor you didn't hear any of my instructions, particularly the part about the suit not having a flap in the back. It took our Scribes quite a while to clean it out, but they were excited to study all the intact bug specimens that managed to pass undigested through you.

By the time you got it back on, I barely had time to remind you about the lack of a flap on the back. I guess your harsh wasteland diet of uncooked bugs and raw meat didn't leave any margin for error. But the Scribes were prepared, and they made short work of your leavings.

I will always regret not telling you then and there how much you meant to me. Even though we had only known each other for a few hours, in that time you demonstrated unforgettable grit and determination. You were more than just a stranger who walked into my life, you were like the son I never had.

That's why it broke my heart to see you accidentally back yourself off the deck of the airship while sorting through some of the excess gear you discarded. I still have the broken hot plate you dropped, and will treasure it always.

Rest in Peace, brother. You were one of the finest soldiers the Brotherhood of Steal has ever seen. If only there were more brave souls like you.