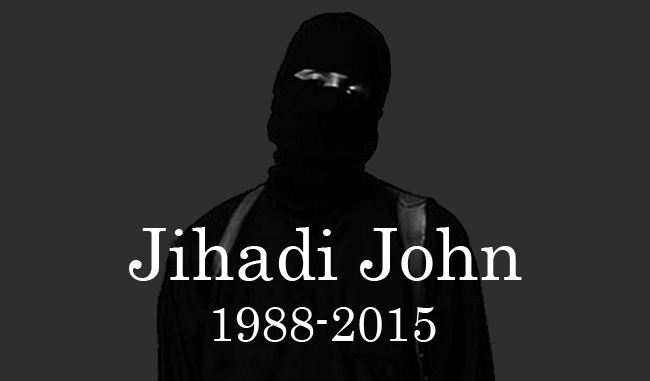 Mohammed Emwazi, widely known by his controversial media persona, Jihadi John, passed away unexpectedly Wednesday night at the age of 27.
John's love was directing and starring in videos which he shared with his friends and released onto the Internet for the public. These low-budget shorts gained John notoriety for their uncompromising imagery and made him a much sought-after figure, particularly in the United States and in the United Kingdom. Although John's face was never seen in any of his videos, he was identified as Mohammed Emwazi, a British citizen who emigrated from Kuwait in 1994.
John was an outspoken political activist opposed to Bashar al Assad. A number of his videos were directly addressed to US president Barack Obama and John promised to visit the United States and the United Kingdom to bring his unique brand of activism. "The streets will be red," he promised, planning to paint the town with the help of his companions. "The end is coming for the infidels," was a common refrain in John's passionate speeches. 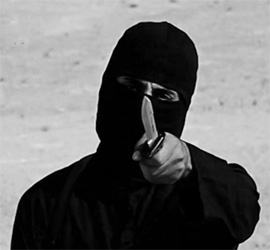 He was a devoted friend and beloved family member. He is survived by his mother, four sisters, and his brother, along with his father, a Kuwaiti citizen, who was forced to publically apologize for some of John's more controversial videos.
The circumstances surrounding John's death are still emerging, but it is believed that he died in Raqqa, Syria, while exiting an Islamic court building and entering a vehicle. John touched the lives of many, directly and through his videos, which helped to inspire many around the world to travel to the Middle East and join the cause. His reach extended to Japan, where millions reacted to videos John made directly addressing the Japanese.
John's beliefs were always on the surface and he made no apologies for advocating for what he believed, including the rights of minorities in Iraq and Syria who wanted to be owned by others for sexual purposes. He was a strong supporter of reforming capital punishment in the region, which he believed should be made available to many more people and in new ways.

Burial services for Jihadi John will be held Friday at an unmarked hole on the outskirts of Raqqa. Attendees to the funeral are asked to bring IR reflective clothing easily visible on satellite imagery. You are asked not to bring children to the funeral, although if you can't find a sitter, that's okay. No big deal.