The problem with witches is that they look like ordinary 13 year olds, which gives Japanese men no choice but to corner and feel up every young girl they come across.

In the newly released Nintendo DS game Doki Doki Majo Shinpan (which was surprisingly developed in Japan and not in Germany as the name implies), you play the part of a modern day witch hunter. Instead of employing antiquated methods of witch finding such as drowning, burning, or asking someone if they're a witch, you use the touch screen to grope underage girls to determine their witchiness, then grope them some more to disable their magic powers.

This is causing something of an uproar in the U.S. for the obvious reason that our culture is woefully ignorant of the looming witch threat. For far too long these magical broads have gone unburned, avoiding detection for so long that their very existence is mistakenly considered a fable, much like dragons and the deaf.

Even if we did accept the presence of witches in the modern world, Doki Doki Majo Shinpan still wouldn't go over very well in the U.S. because the ability to uncover them through touching is an ability that's unique to the Japanese. While our tactile senses do little beyond reporting pain and pleasure and cardboard to our brains, a Japanese person can determine absolutely everything there is to know about an object by merely touching or fondling it. No one knows how this physiological phenomenon came about, but it has been the basis of many DS games thanks to the handheld's touch screen interface.

In these fascinating games that will never see a release outside of Japan, gamers answer the question presented to them by touching, rubbing, and groping on-screen objects and people. 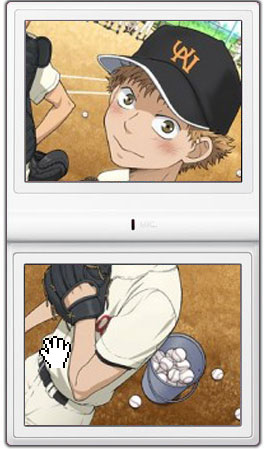 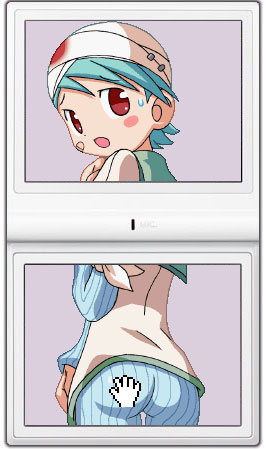 Doubutsu no Mori
How's That Head Wound Will I Die 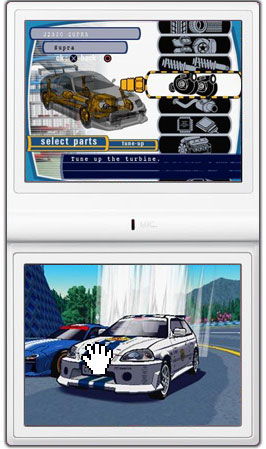 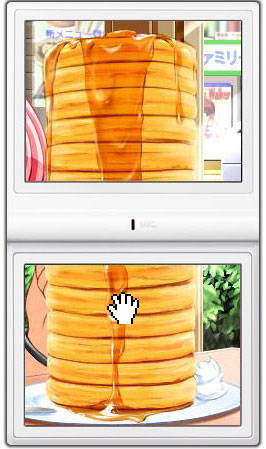 Machi Kuru Domino
Is It Pancakes???