The Confusing History of War and Video Games

The Great Battles of History 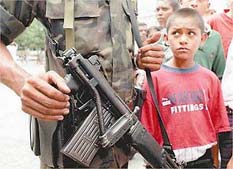 Everyone loves a good war!Since America is currently embroiled in a strange war that represents a unique but not wholly unprecedented type of combat, I thought the time might be right for us all to reflect on the battles past. Even the wars and operations that America wasn't involved in can teach many lessons to the corpulent citizenry of these United States. You see, that's the great thing about how a democracy works; if you don't like the way a war is going you can just write a letter to your congressman and they will redeploy troops to your specifications.

Having been raised on two things - war history and video games - I look at every battle fought in a very analytical light. This may fascinate some of you; others may call me a hawkish conservative even though I once wrote an article about animating aborted fetuses as flying sentinels of the cities. So without further ado, I present to you my incomplete history of warfare.

Having traveled across much of the Roman Empire, Hannibal's unique army of elephant cavalry and more conventional forces had been gradually reduced by battle, sickness, and starvation. His brother dead and reinforcements not forthcoming, Hannibal faced off against Roman commander Scipio at Zama. Unbeknownst to Hannibal, Scipio had upgraded his dwarven spearmen to dwarven long bowmen at the archery range. Hannibal, unable to harvest enough gold or wood to build any more elephant riders could not withstand the withering barrage of arrows and spells cast by Roman necromancers. Even with the added defense of a chain of stone guard towers built at the last minute, the buildings soon caught fire from arrow and axe attacks and Carthage was forced to surrender. 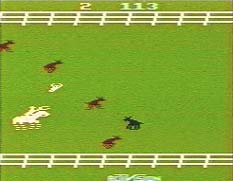 Genghis Kahn avoids skulls and ropes steers, sending Persia a one way ticket to the village named defeat.In 1219, Genghis lead his vast armies against Persia in a campaign that ultimately destroyed the rule of Khwarezm Shah. The cap stone of this campaign was at the battle of the Pulagati Steppes, where Kahn routed an army of 100,000 Persian archers and chariot teams. An adept horseman, Kahn achieved this victory by pursuing cattle down a slowly scrolling horizontal pen on his blocky horse. Careful to avoid the instant death of running headlong into one of many cow skulls as big as an entire cow, Kahn managed to rope over 700 steers before he began to scroll too fast and intentionally ran himself into a bull to end the battle. Weeks later most of the Persian Empire was ashes.

Richard the Lionhearted Vs Salidan

During the Third Crusade, Richard the Lionhearted led a large army of crusaders against warlord Salidan at the battle of Jerusalem. Fat and bald, Salidan was a masterful tactician, but what Richard did not know was that Salidan also had the ability to breathe fire. Salidan was in for the battle of a lifetime, facing foes like the treacherous Yoda in a nest and the noble yet wrong-minded fish woman with a basket. Progressing through a series of fortifications by climbing ladders and jumping from one platform to another Salidan finally managed to confront Richard the Lionhearted. A brief but brutal combat ensued between the two. When it was through Richard lay dead, or so Salidan thought. As he began to shoot fireballs randomly around the room in celebration Richard stood up and grew to three times his size. He began to launch seeking white spheres at Salidan that nearly cost him his life, but the crafty warlord prevailed and managed to slay Richard a second time, ending the Third Crusade. Seeing the defeat of their master the dancing fags defected to his side and Salidan ruled over Jerusalem once again in peace. 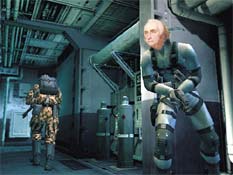 Washington sneaks behind enemy lines.During the dark days of the American Revolution, Washington crossed the Delaware River on Christmas night 1776 and surprised the predominantly Hessian garrison there. Dispatched from a submarine Washington crept into the Hessian base where he snapped several guard's necks by repeatedly putting them in a sleeper hold. Facing down a number of Hessian elite soldiers like Flintlock Ocelot and Bedlamite Mantis, Washington eventually discovered the truth behind the small pox virus and the DARPA chief. He then faced down Ironclad Gear and Liquid Washington with the help of Pegleg Ninja, destroying them utterly and dealing a mortal blow to British morale.

Sherman's March to the Sea

After General Sherman captured Atlanta, the South stood no chance of winning the American Civil War. The Confederacy had been defeated in Georgia. However, to make sure that everyone knew that further resistance was futile, General Sherman began a new campaign. He demolished all of the default houses and built a small house for Tim O' Sexy. He then acquired several new and risqué outfits from a dealer and constructed a second and larger house with four bedrooms. Sherman drafted four young women to occupy this house and assigned them "sorority duty". He repeatedly instructed Tim O' Sexy to call them and have them come over to dance and talk together incoherently.

Unfortunately, when he made the bold move to kiss sorority girl Jenny Boobs she rebuffed his advances. This sent Sherman into an angry spiral of buying useless clown paintings and train sets for O' Sexy's bedroom. Soon O' Sexy wasn't cleaning up his trash, was late to his job as a daredevil and was no longer in good with the sorority girls. Eventually Sherman built O'Sexy a pool and when he went for his first swim Sherman removed the ladder and O'Sexy starved to death. The remains of his fortune were used to purchase a picket fence that extended in random directions across his property. Sherman surrendered his entire army to the remains of the Confederacy and was labeled a traitor. The accusations of treason caused his happiness rating to plummet.

The Battle of Verdun 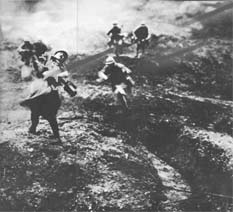 Richthofen strafes advancing French infantry with his tri-laser upgrade.A major military engagement of World War I, the Battle of Verdun was a ten month long ordeal between the French and German armies. The battle was part of an unsuccessful German campaign to take the offensive on the western front. Both the French and German armies suffered incredibly with an estimated 540,000 French and 430,000 German casualties and no strategic advantages were gained for either side. Many military historians believe Germany had the slight edge in the battle because German generals had moved the difficulty slider to easy. They also enjoyed air superiority for much of the battle as German ace Manfred Von Richthofen destroyed a number of French fighter aircraft and collected the floating orbs they dropped. This gave his fighter the ability to shoot three lasers out of the front and produced two floating pods that automatically tracked a stream of destructive white spheres onto enemy aircraft.

The German Blitzkrieg in France (WWII)

After overrunning Poland in record time, Germany turned its attention to France's Maginot Line, which it promptly bypassed by invading Denmark and pushing south into France. There is great speculation that the stunning defeat of most of Western Europe owes much to the German's new technological advances in armored warfare. Take for example the Panzer Mk IIc, the German workhorse at the time of the invasion of France in 1940. The Panzer IIc came equipped with a carbon fiber driveshaft, a level 3 turbo kit, sports treads, a 7.92mm coaxial machinegun, an exhaust upgrade, and sports suspension. In addition, master tank strategist Heinz Guderian insisted that all his tanks be tuned for maximum top speed but poor acceleration, allowing the Panzer II to complete the High Speed Ring in less than 45 seconds per lap. Very few tanks even gave the Germans any competition throughout the war until Germany's invasion of the Soviet Union in 1941 introduced the high command to the T-34 Pike's Peak Escudo. 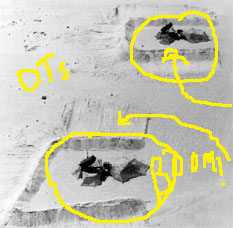 Madden circles two Iraqi targets and shills Tenactin at the same time.In 1991 the United States declared war on Iraq in an effort to protect tenuous allies Kuwait and Saudi Arabia and all of the delicious oil they sell us. While it didn't unseat Saddam as the ruler of Iraq, Scwarzkopf's "Hail Mary" plan dealt the forces of Hussein a crushing defeat on the battlefield. Schwarzkopf had originally planned on using all of his Madden Cards in the attack, but then president George Bush considered it unnecessary and only allowed him to use a silver human plow card, upping his Infantry stats by 50% across the board. The 101st All Madden Division was dropped deep within enemy territory where it disabled the elite forces of the Red Guard by utilizing a powerful offensive line. This paved the way for an all out aerial attack by recent draftees Dan Marino and Rookie QB. Meanwhile back in Washington Madden himself commented uselessly about the battle to no one in particular, drew on radar screens, and gave out those fucking dumb ass Turducken awards.

I think it takes a comprehensive knowledge of warfare to fully assess and comment on the situation in Afghanistan. I would like to go into more detail and provide more insight but there are so many battles to cover it just isn't possible. Like the Chinese Zergling rush at Chosin Reservoir or the incredible underground supply network constructed by Dig-Dug and the North Vietnamese. There are nuggets of knowledge and experience to be gained everywhere for the professional armchair general. Now fire up those letters to your congressman and tell him to send in the jet pack infantry and battle mechs.

When the Thermometer Goes Way Up...

No, it's not a shitty Erasure cover, it's time for an all new Fireman Comic!

I've heard of a green thumb before, but those Firemen have once again caused my monocle to fly right off my face!