Youngstown was once known as Murder City, USA, due to the fact that the constant attempts by the government to measure our town's population only yielded census takers coming back in body bags. But Youngstown's single claim to fame has slipped in recent years, as recent crime rankings indicate: 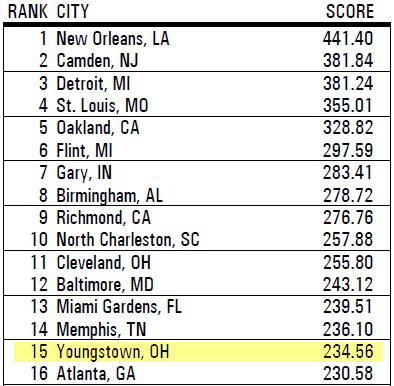 The last time I visited, a woman was brutally raped in the city park, but come on, Youngstown; it's going to take more than a few lousy rapes to work your way back up the charts. Call me when you get some race riots or more Dungeon Masters committing grand larceny. I'm sure if you all worked together, you could shove an abandoned building onto a hospital or something. 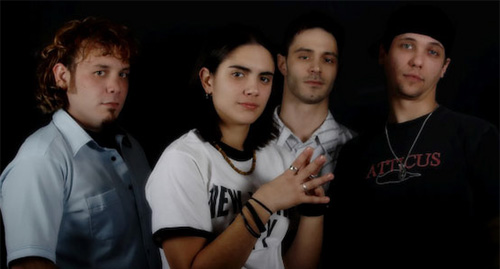 Some consider Youngstown to be the Seattle of the East--except without the history, cosmopolitanism, and the ghost of Kurt Cobain offering to suck your dick for heroin. And, like any terrible city, local bands are drawn to Youngstown like Foreigner to a county fair. At this point, there is a local band for every man, woman, child and starving rat within the city limits; these rag-tag troubadours mainly come from Youngstown's suburbs (all equally terrible in their own way) in search of the street cred that comes with playing in a place that gets dark at night.

It's entirely possible that, like any decent human being who doesn't deserve to be dissolved in acid, you may not enjoy rust belt jam bands, which are the musical equivalent of being punched in the dick. If so, you may enjoy the entertainment equivalent of being kicked in the balls known as community theater. In such a desperate town, it only makes sense that the most desperate of the performing arts (aside from synchronized prostitution) would thrive like a panhandler in a nickel rainstorm. Where else can the city's gay community (three people) and their female hangers-on (roughly 12000) pretend they're in a place where the citizens care about subversive drag shows instead of food, warmth, and not earning the town more murder points on the nationwide rankings?

But who cares about that; let's put on a show!