It's kind of hard to keep this week's big stories straight, with both news-makers having three-part names and all, but most reputable sources confirm the following: Jon Bon Jovi is alive. Kim Jong-il is dead. One of these men has been acclaimed by his countrymen as the finest musician of our times; the other co-wrote "Bad Medicine." Bon Jovi makes for a mixed-bag holiday herald: He sang Very Special Christmas songs and wore a Santa hat, but he also starred in New Year's Eve. Still, because he chose to declare his continued existence while standing next to a Christmas tree, he will be forever connected to the season. And whenever people see Christmas on their calendars and think "hey, that reminds me, Jon Bon Jovi is alive," maybe they will think of these images, too!

Here is the original image. David Bergman took the photo, I guess. magnificent7 presented it to the SA Goons. 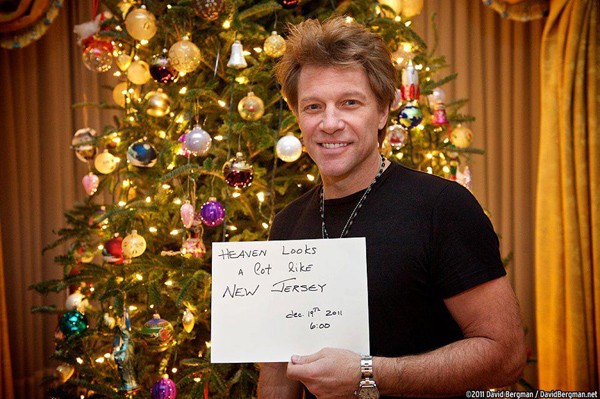 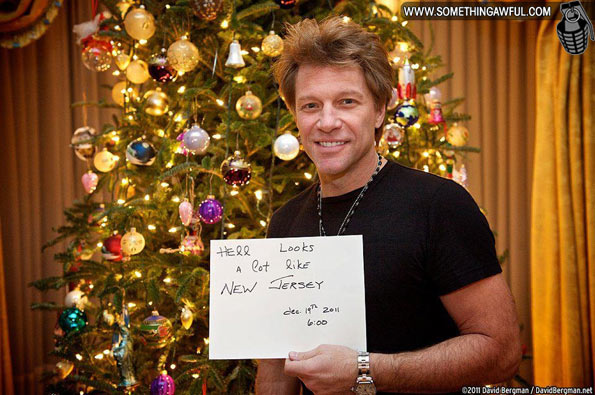 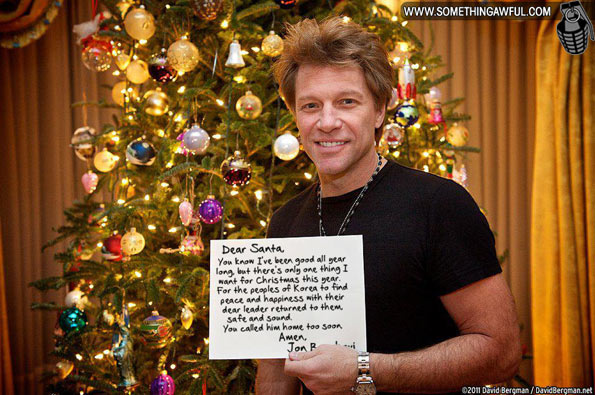 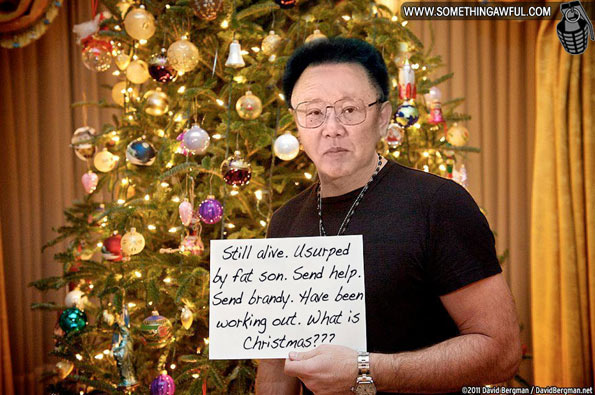 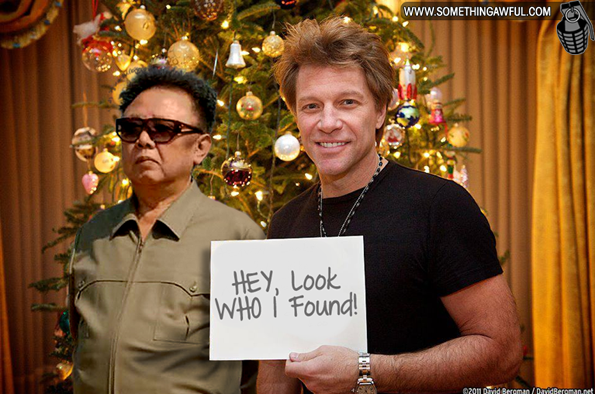 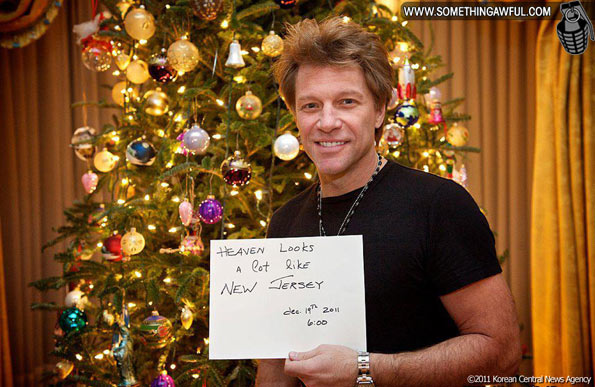