Filler From The Star Wars Timeline

As a kid, I was under the impression that in addition to scripting every line of the first nine Star Wars movies before filming A New Hope, George Lucas had fully plotted out more than thirteen billion years of the universe's history. This blew my mind.

Every time I rewatched the epic trilogy, I was amazed that it was barely a billionth of the entire experience. Somewhere in a vault I envisioned volumes of the complete Star Wars mythos, encyclopedic entries accompanied by thousands of very official sketches and blueprints.

Of course, such a thing is now readily available in the form of a 1,200 page book set and several wikis. The result? Not exactly what I was expecting. Star Wars' thirteen billion year timeline is surprisingly anemic, and most of it strikes me as filler.

These are some of the more questionable entries that I've come across. I'm sure there are plenty of nerds with free time on their hands that could spot more padding, but I actually have a life, so I was only able to dig through the timeline for seven or eight hours a day for the past week.

A time traveling Jedi arrives just after the formation of the universe. She plants her hands on her hips, nods appreciatively, then departs for the distant future.

The Jedi momentarily returns for the holokeys to her time machine, without which time travel would have been totally impossible.

In the outer reaches of the Verkuyl system, the planet Naladii is formed. 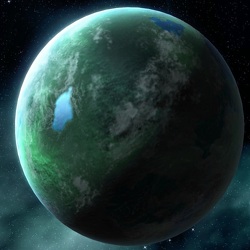 This lush tropical world goes on to produce absolutely no life outside of plants and insects, and does not have a role in any event that might be considered historically significant.

A fascinating species emerges. The Roonali are identical to humans in appearance, genetic makeup, temperament, culture, and crushability. This remarkable race, however, differs in one major way. 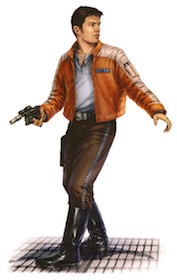 Instead of the human average of 32 teeth, adult Roonali tend to have 34.

Space scientists discover that the sensation known by all intelligent beings as "wonder" is actually caused by very tiny microorganisms called minidoodads.

In any other year this would be worthy of the coveted Star Peace Prize, but the award goes to another group of scientists who found that the concept known as "mystery" is actually tinier microorganisms that are so small no one can read or hear the name, even with the aid of a holoscope. 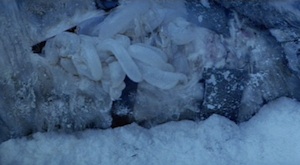 After an unfortunate docking bay accident, the first intelligent being remarks upon the smell of a tauntaun's insides relative to its outside.

A little-known poet by the name of Tibbus Scalabna pens what will go on to become the most iconic love poem in galactic history. For eons, starry eyed romantics will court the objects of their desire with lines memorized from the scribe's holocube.

The most popular excerpt from this work:

I don't like
sand
It's coarse and rough and
irritating
and it gets every-
where.
Not like
here.
Here everything's soft...
and...
smooth. 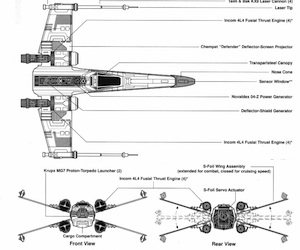 Its flightstick is made slightly more comfortable. The wings, which resemble an X when viewed head-on, are now sort of X-ier. An internal screw which was originally unfastened is now unfastened just a bit more.

The events that comprise the Meet The Parents trilogy are put into motion, triggering a saga that will rock the galaxy for generations to come.

A Jedi travels through time to the last recorded date in the Star Wars universe. She knows that if time travel is possible, it will only be possible to fashion the holokeys to such an advanced device in the far future. She's right. Once the holokeys are made, she is finally able to time travel. The Jedi sets off for a distant point in the past.