Throughout the twentieth century, comic books proved to me one of the most imaginative mediums on the planet. Where else could you find men donning spandex to fight crime, robots and aliens awkwardly carrying unconscious women, and American marines violently killing horrible racist caricatures of Japanese people? Aside from my dreams, only in comic books. This week the Something Awful Forum Goons do another tribute to some of the finer comics of the last century. From romance to super-heroes, we've got it all covered!

Unfortunately this Dirt Worshipper comic was cancelled after the Crisis on Infinite Earths. 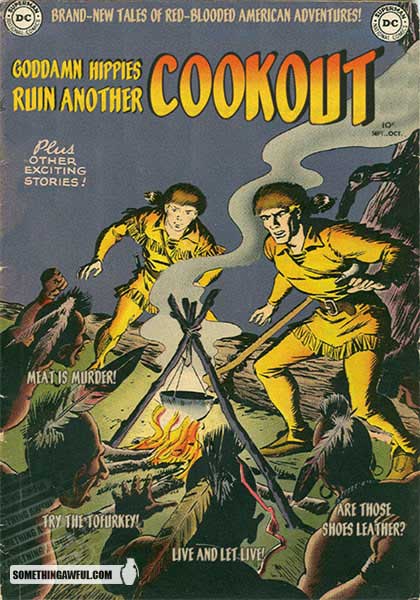 Captain Equinox has the grittiest western since Deadwood. 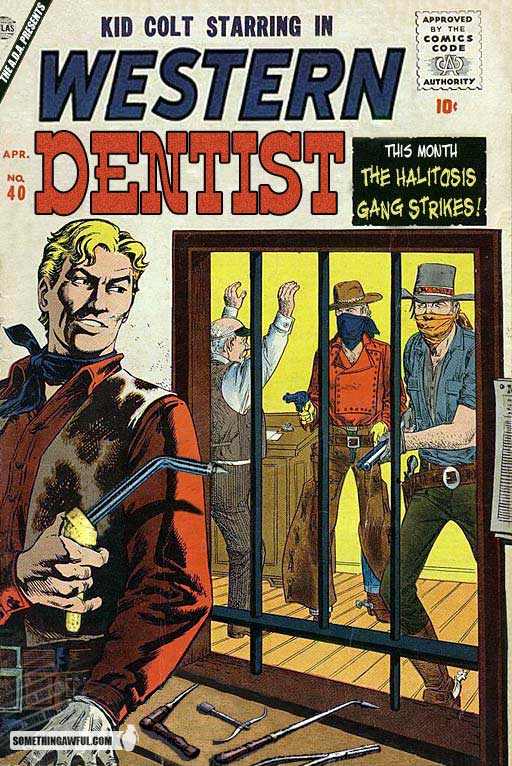 Saint Sputnik has ruined the Wild West for me forever. AngryApe is going to turn the tide of the 2004 election with this one! 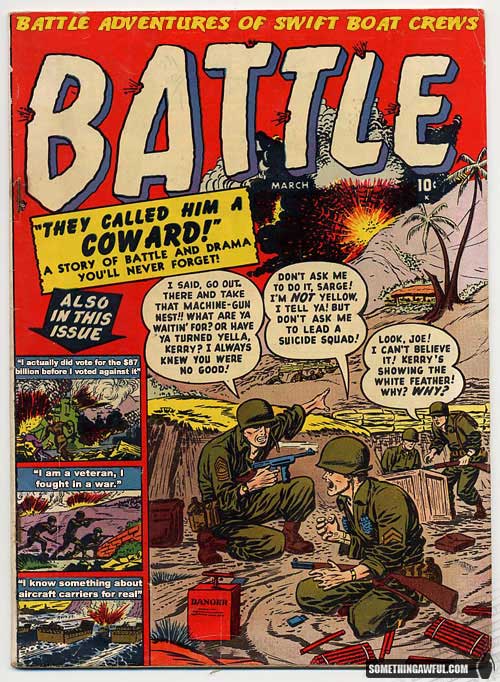 Effingham does his part to support the troops. 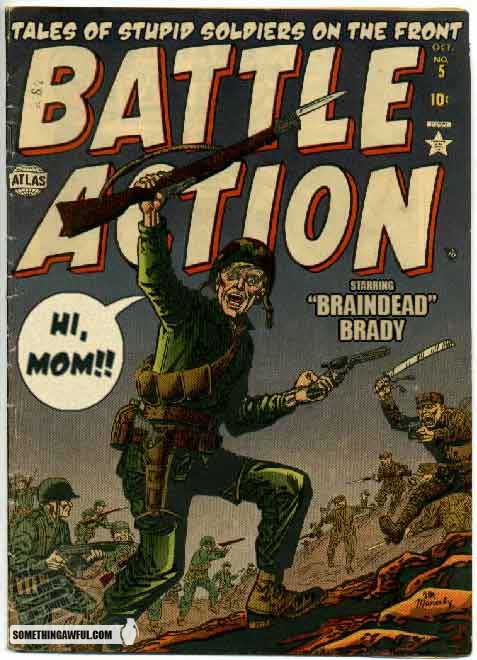