DominionGalactica finds Kirk, a human from Earth, and Spock, a Vulcan from Krypton or wherever, somehow united on the same planet working fast food jobs. How'd that happen without a star ship? I don't want to sound like a nerd, because I assure you I am a very outgoing and athletic person with big muscles, but this image makes no sense whatsoever. Let's be logical here, people! Let's read what the theme is and try to make images that fit it and not just showcase wacky scenarios like sci-fi characters working at McDonald's. Nothing ever looks good inside a McDonald's, and this image is no exception. 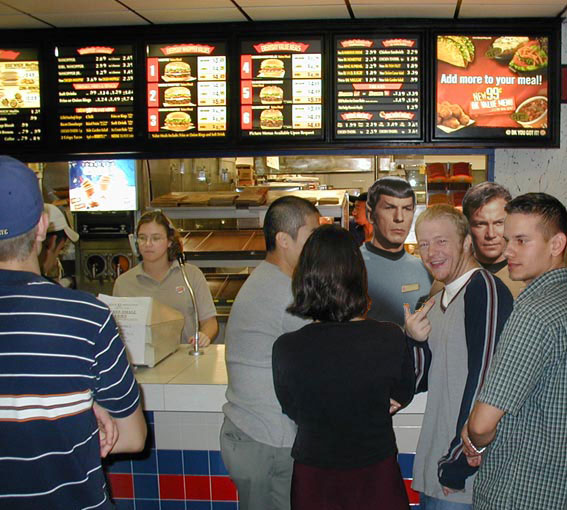 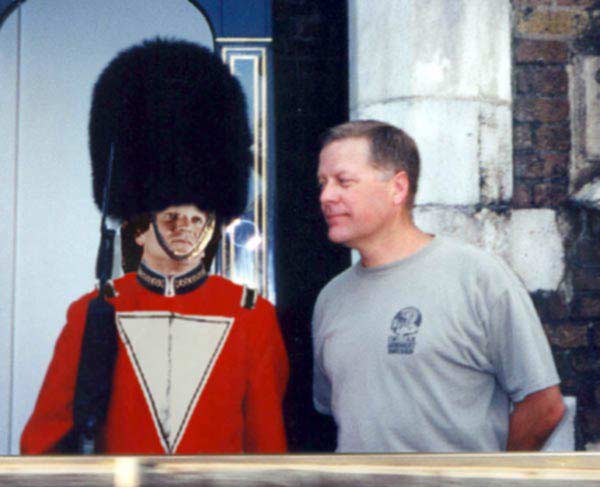 This is just a case of ugly work from NailBunny_v_2.0. I don’t know how many times I've said it, but if you are going to cut and paste make sure you do it right and with the best kind of source materials possible. If half your image looks like a blurry discolored mess that doesn't match up with the rest of the picture, YOU HAVE FAILED. QUIT FAILING SO MUCH, NailBunny_v_2.0. 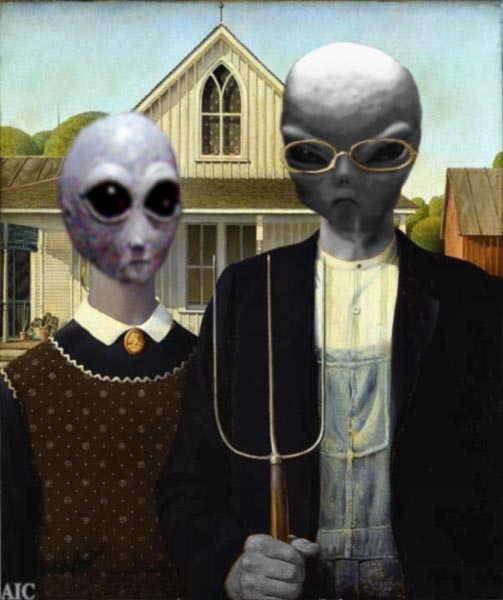 So wait, why does this alien have a gigantic head and human arms and kids? SofaMonkey, did you even think about what you were doing? Was this theme "Phtoshop alien heads into random pictures"? At least the jokers that did that with the Predator made their attempts look fairly natural. If you're just learning Photoshop please do so on your own and not muck up our good feature with your experiments. Send them off to mom or whoever, but don't come back until you're ready to play with a little more thought and effort. And when that time comes, bring me back some donuts because I'm hungry. 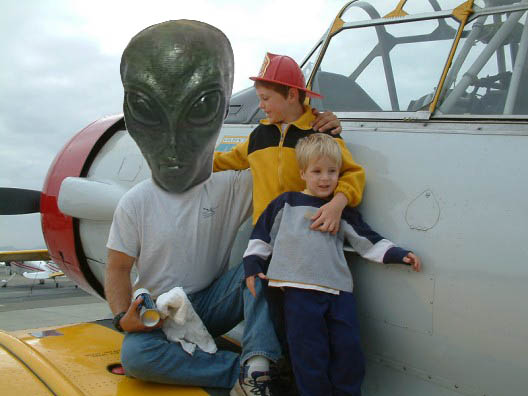 In the Phriday submission threads on the SA forums, I actually put in a rule that says images mixing 3d pictures with 2d art are not to be attempted on the basis that they will look like ass. PainterofCrap thought my rule was bullshit, or didn't bother reading the rules at all, and made this image that looks like ass. Way to go, champion! You've shown the world how wrong I am.

P.S. THIS IMAGE DEPICTS A VERY FUNNY SITUATION. I AM AMUSED. 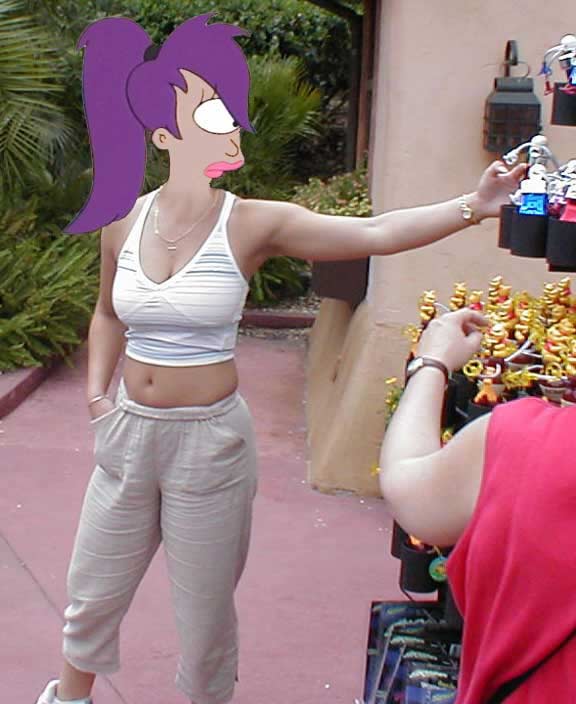 Okay I really quit. Good night and come back next week when we celebrate the second to last Phriday of 2004! I think we'll be Photoshopping doormats or something. Thanks as always to the Something Awful Forum Goons for making the images featured here. You're all the wind beneath my wings.