Back in 1988, an underemployed roustabout named Nada discovered sunglasses that allowed him to detect incognito aliens. More than two decades later, the similarly named drifter NAG found his own reality-revealing eyewear, and he persuaded the Something Awful Forum Goons to take an enlightening look through his lenses.

NAG offers this token of humble esteem, as proof that some babies are not what they seem. 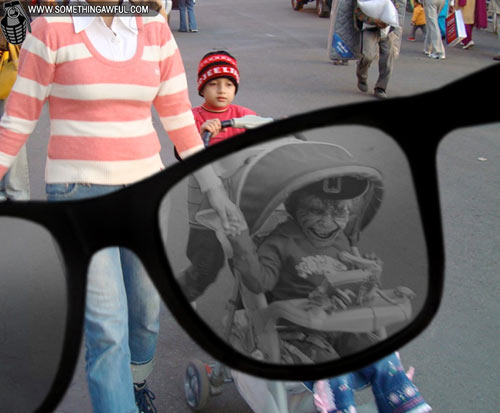 The old cynicism is gone. We're optimistic as to what becomes of it all. We don't need pessimism, McBrewski.

Myron knows it's not what you look like through the glasses that matters, it's what you do that defines you.

Mammal Sauce should meet a dishonourable end for making this tasteless, low-brow parody of Black Metal. 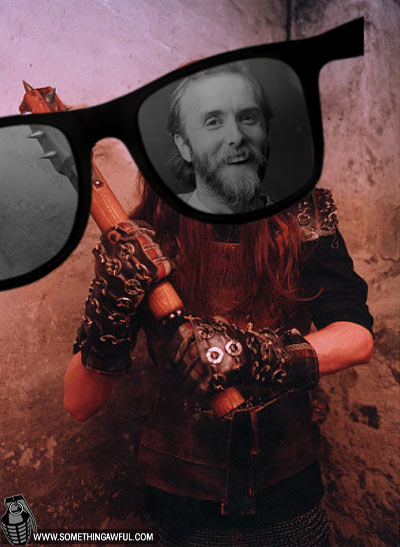