Forums user KittyLitter has spent his life inside a fallout shelter, dining on canned rations and subconsciously letting the propaganda posters that comprise the decades-old decor mold his belief system. He decided to share these images with the Something Awful Forum Goons, ostensibly so they could "have a little fun," but mostly so they'd learn important lessons about buying war bonds, staving off the red menace, and food-fighting for freedom.

Mindbleach welcomes you to the theater of the eye. 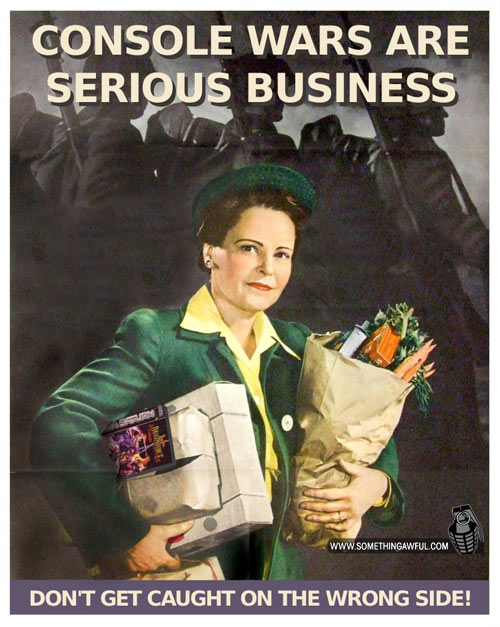 VectorSigma sprang from his slumber drenched in sweat, like the tears of one million terrified brothers, and roared. 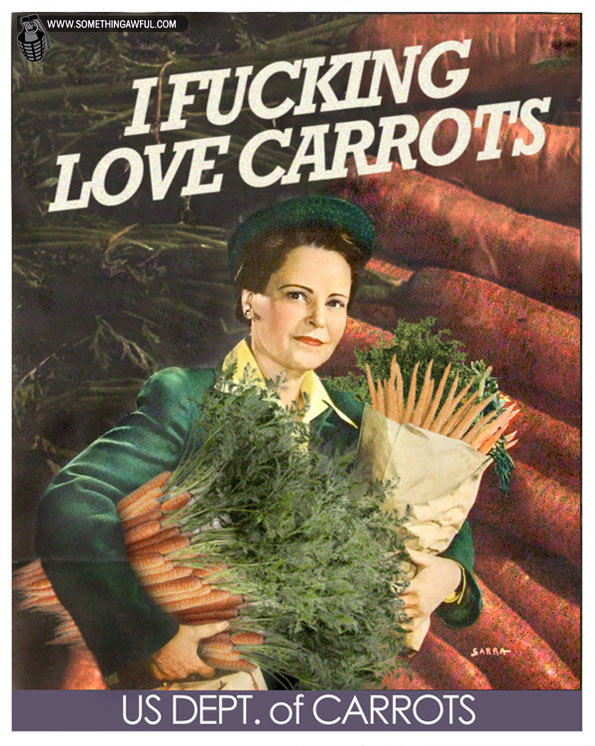 If you didn't like these inaccurate uniforms, Nesnej, then you're definitely not going to like my steam-powered spider. 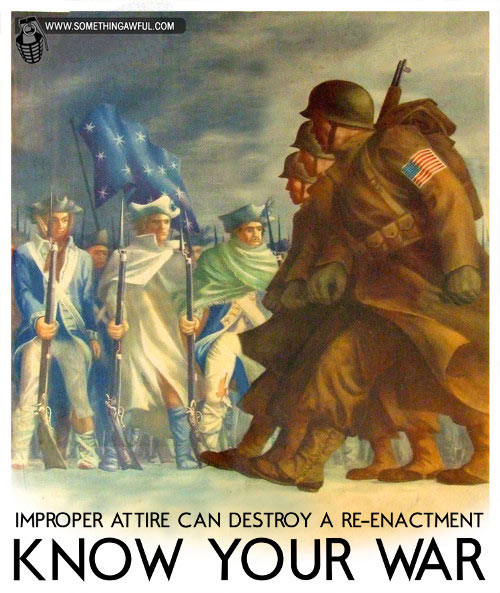 In 1945, peace broke out. Joke warfare was banned at the Geneva Convention. Biggus Dickus has violated that ban. 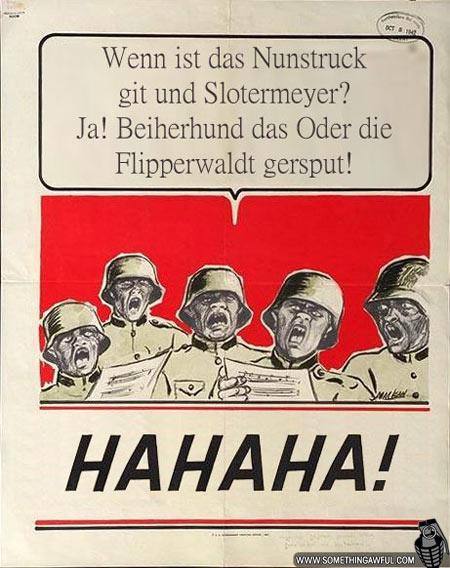