Shiplog of the U.S.S. Prokofy Neva

Two roads diverged on the Internet, and sorry that I could not avoid both and still have my duties met, with a heavy heart brimming with regret I sadly sighed and kept my troth. This next section of this record weighs heavily on my heart, for it was here that, divided, we fell.

The first group visited the [url='http://slurl.com/secondlife/Antigua/176/142/25/?img=&title=Kids%20Castle']Kids Kastle[/url], which seemed innocent enough in its bright colours and plentiful baubles. 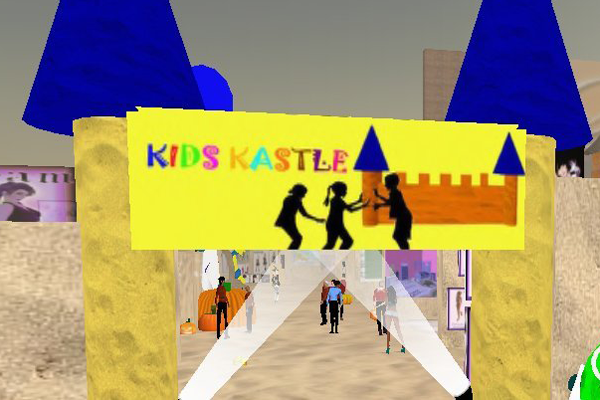 That is, before we went inside and found amidst the toys and slides a scarier scene.

Feeling queasy, I chose to sit on a balloon. It was from atop this lofty perch that I saw the true horror manifest from afar. Alas, I arrived too late to stop it. 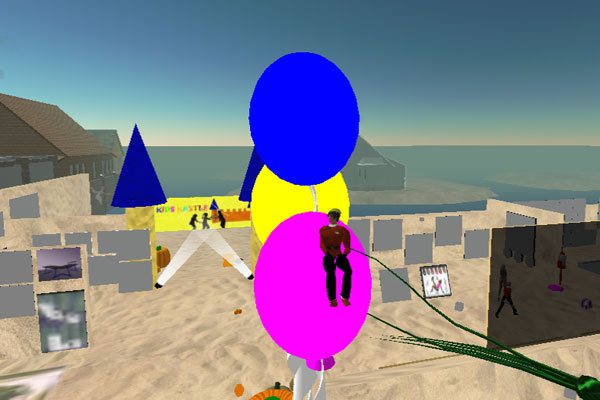 The bulk of the crew, you see, had visited the offices of [url='http://slurl.com/secondlife/Yesan/234/162/99/?img=&title=Loving%20Choice%20Adoption']Loving Choice Adoption[/url]. 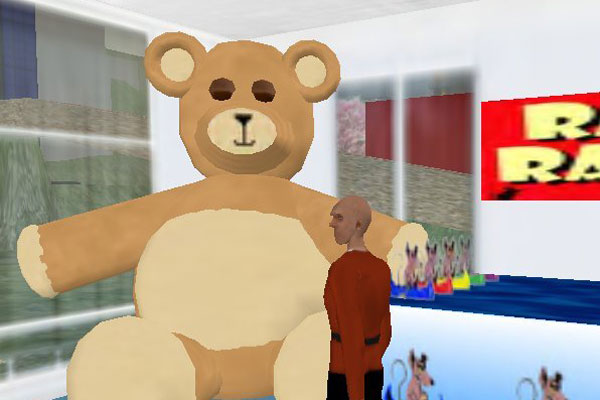 Some of the crew chose to expend their efforts on childish pursuits. 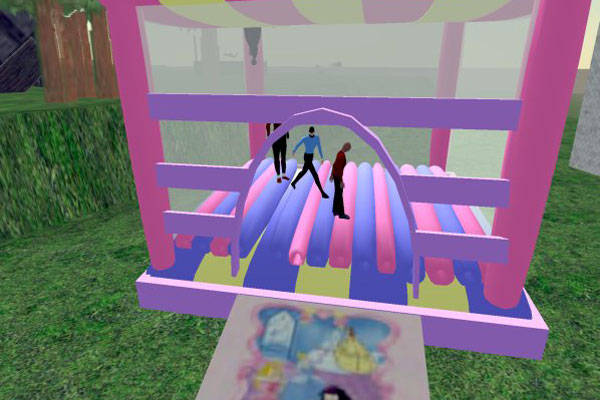 Other, more intrepid explorers examined the premises with a jaundiced eye. 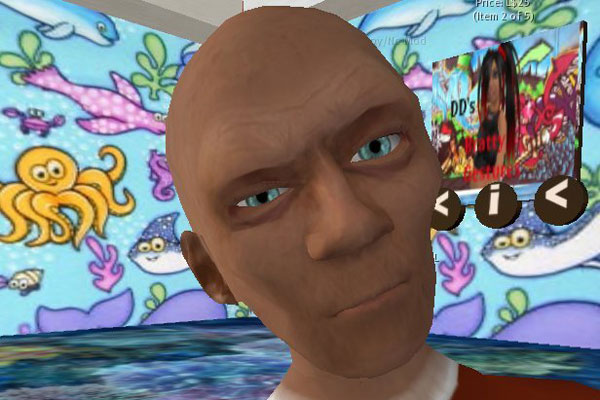 But what was the purpose of these adoption facilities in this virtual world? Was it, perhaps, a front for an actual charity, where a donation of a few hundred Linden Dollars might save a child in a backwater country from blindness? Was it a place where those familiar with the virtual world--"adults"--could instruct newcomers--"children"--in the ways of their world through some bizarre metaphor? 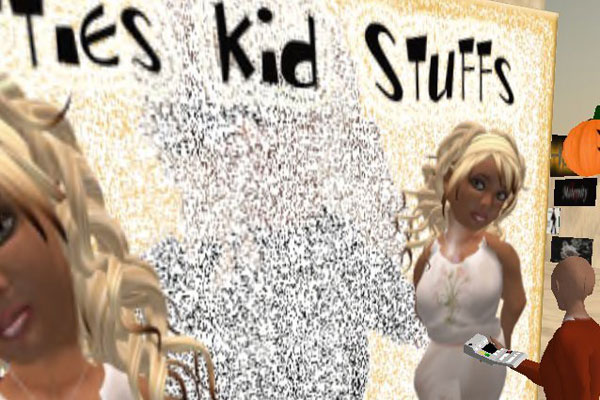 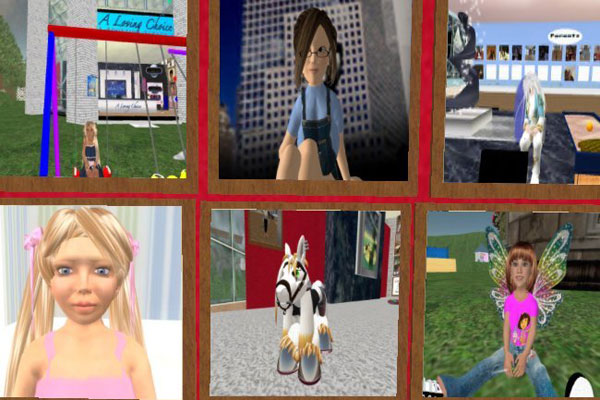 The depravity of Loving Choice Adoption did not stop at their business model. Consider their movie room, which was apparently decorated by Jackson Pollock while he was high on salvia. 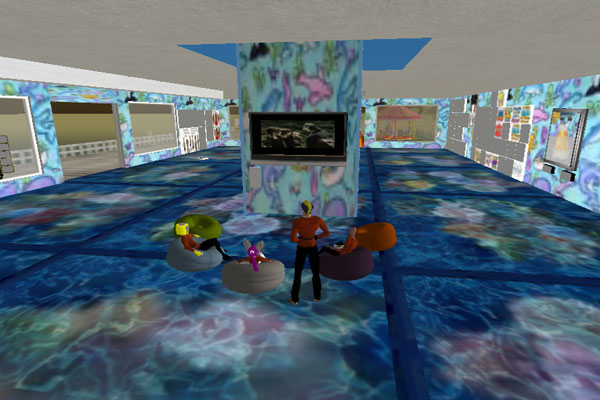 However, Loving Choice Adoption was incredibly professional. Why, they even included dossiers on the supple, fuckable young children for the adults to browse through while the kids were happily preoccupied with a movie! 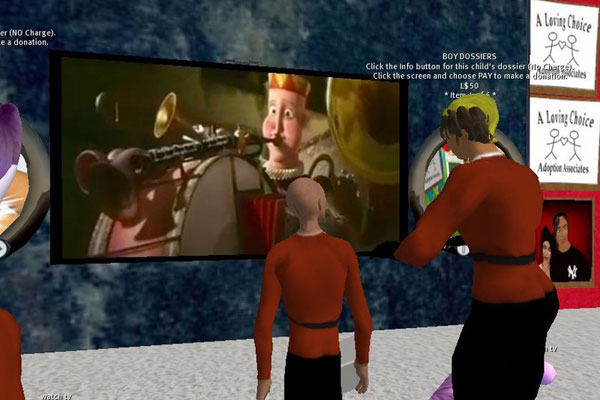 Even Spock found himself entranced by the scene. Someone will adopt him soon enough, I'm sure. 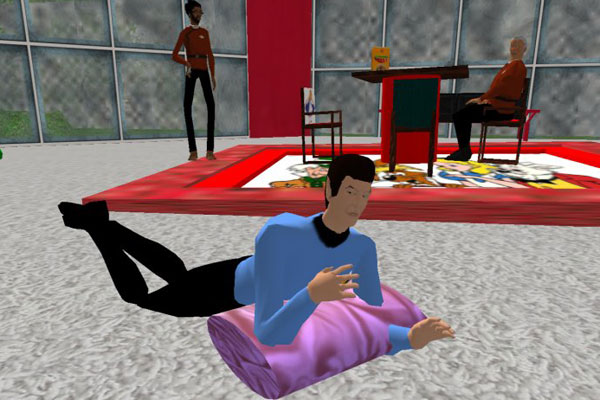 The universally acclaimed "A Series of Unfortunate Events" was playing on the screen. As my fellow voyagers settled down in this bastion of molestation, with barely a glimmer of moral reprobation flickering across their faces, I couldn't help but think that the movie's title was eerily descriptive of the voyage itself. 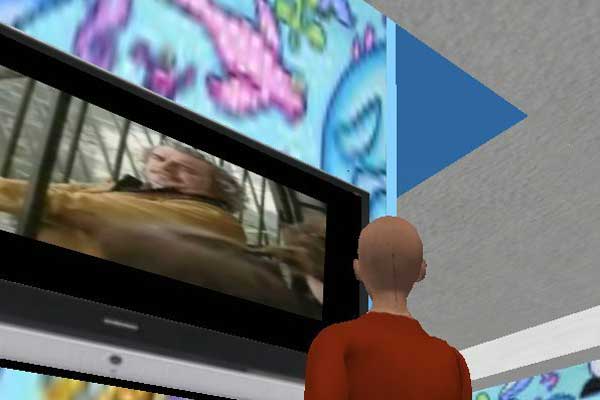 It is with no small sense of dismay that I must call this mission a failure of purpose. The crew of the Prokofy Neva continues to be entranced by these escapist movies. Scotty disappeared, guided by the hand of a man with candy in his van. And I? I am out of tricks to distract my fellow crewmembers, and besides, this entertainment is better than what we can watch on the ship. I feel that our mission may have been compromised--that our resolve to boldy go where no man has gone before is deteriorating like the merest moral fiber.