You are reading Video Game Article, the cheap and shoddily written alternative to the big name brands. Long term exposure to Video Game Article can result in commonly reported side effects such as revulsion, sleepiness, and a general lack of the will to live. Readers who maintain an erection for more than six hours should seek immediate medical assistance.

If you would like to make fun of me for opening with a cliched spoof of medication commercials, get ahold of me at ctstalker@somethingawful.com

Video game magazines get a lot of reader mail, and a surprising portion of it is still sent through the US postal service. Every month most publications run envelope art drawn by talented readers hoping to get their letter noticed by tracing a picture of Samus Aran or Link from a game manual. We don't really have a physical address here at Video Game Article so we don't get envelope art, but we do have an email inbox and that seems to be good enough for the industrious people who sent in the following descriptions of their favorite characters. Great job guys!

"Mario is a pudgy plumber with blue overalls, a red undershirt and white gloves. A plumber's hat with the letter "M" emblazoned on it sits atop his mustachioed head, and the brown work boots on his feet make turtle stomping a painless endeavor."

"PaRappa is a dog, but he raps and has people clothes and you can't see him too good from the side."

"Laura Croft looks like my girlfriend only my girlfriend has bigger boobs and a smaller waste and longer legs. I don't even play games cause she's so hot and we make out all day so your all loosers. I'd send a picture but I'm too busy TOUCHING HER nerds hahaa"

"Sam Fisher is a bartender with thinning hair. He used to be a baseball pitcher but now he makes jokes and secretly loves the woman he argues with all the time at work."

"Diablo is like... hmm how would I describe him? He's sort of like one of those devils I guess. Red with the horns and all. Actually yeah, he's a lot like some kind of devil now that I think about it. That's so weird!"

"Your article fucking sucks. No one reads it and I only read it by accident. Nothing you wrote about any of those games is anywhere near accurate. Good luck with your shitty writing that probably only exists so you can get into E3 this year to jerk off at the new star wars games and tell Duke Nukem Forever jokes to all the retards that think you're funny."

"Sonic the hedgehog is basically some sort of bear that's blue. Maybe a Blue Bear? I think that's a species."

Diner Dash
Pay actual money to work as a waitress on your computer for hours at a time without getting paid, or just hold out for Tollbooth Tournament and Cashier Capers this spring. 2/10

Dead Or Alive 4
This is a wholly enjoyable fighter with tons of unlockables and great online play, yet I can't help but think how much greater the game would have been with a few attractive females in the roster. 9/10

Ape Escape 3
God damnit people, build stronger cages for these unruly creatures and stop relying on us to do your job for you. 6/10

Electroplankton
Finally, an artsy game that lets me make music by molesting tadpoles while eschewing the narrowminded restraints of mainstream games by leaving out such cliched and pedestrian elements as "a point" and "a way to save". 4 /10

Having problems with the hottest new games? Already a seasoned vet but need a few tips to make you a true master? We provide you with the most in-depth tips and strategies that you won't find anywhere else. Read on and soon you'll be unstoppable!

- As is true in all fighting games, timing is key. Don't press the power button on your console until you've finished playing. Powering down the system almost never results in a victory against the computer.

- The main point of each battle is to reduce your opponent's life bar to zero, so you should keep up with the game's underlying mathematics during a fight. If your attacks are actually adding to the enemy's life pool you should probably stop what you're doing and consider trying a different approach or reading a book.

- The final boss can be quite difficult to beat but we have a surefire strategy for those of you who have thrown your controllers at the wall in frustration. *SPOILER* In order to beat him, get good at the game. 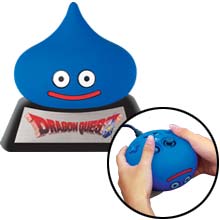 - RPGs tend to be complex in nature and require many different commands. Read the manual to see what each button does, or when the game tells you to press the X button try to look down at your controller and find an X.

- If the main hero is defeated in combat and you see a message that says something like "You have died", you haven't really died. It just happened in the game, man. If you suddenly find that you have no pulse or brain activity then you might actually be dead. The difference between the two is subtle, but it's there.

- One thing that throws a lot of new players off is the scale of the game. Keep in mind that each continent is not a 1:1 scale representation of its real life counterpart since real continents are dozens of miles wide but only take up a few inches on your computer screen. The oceans in the game, however, are shown to scale.

- Units each have a unique role. Spearmen can be equally as effective as tanks, which in turn can be as powerful as diplomats in the big scheme of things. The only unit that is unrivaled in its power is the top hat, whose closest competitor is the little dog.

- Most people think the ultimate objective of the game is to outscore your opponents or wipe them off the map completely, but it's not. The true objective of a master Civ IV player is to learn a little more about the world in which they live each time they play, and to clear away all the bricks without letting the ball slip past their paddle at the bottom of the screen.