Friday, Jan 27, 2006 by Dennis "Corin Tucker's Stalker" Farrell (@DennisFarrell)
This week kicks off with our first appearance of the guest editorial, a new feature intended to give those who know games most (the individuals who actually live inside said games) a platform to express their views and ideas. These editorials might delve into controversial or overtly intellectual areas, so be prepared to challenge yourself.

Welcome To The Uncanny Valley: The Importance Of Art Direction Over Realism In Modern Graphics

Did you hear that?

I must be seeing things.

I could have sworn I saw a large shadowy figure with an assault rifle. Oh well!

I'm not afraid to shoot!

I sure am sleepy.

Must be my imagination.

Something's behind those crates!

My partner just got shot in the face with a sniper rifle... better not overreact. I'll just stay right here.

Must have been a rat.

Good a time as any for a smoke.

Why is that box moving?

I'm going to go stare at that wall for half a minute. 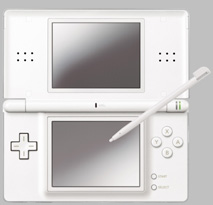 Nintendo's strategy of releasing a handheld, waiting a week, then designing an update to the original handheld has held true. The company announced a new, smaller DS with brighter screens and new system colors to choose from. According to a Nintendo spokesperson, these astounding features would have been impossible to work into the original DS because the technology simply didn't exist in the primordial soup which was Earth as of one year ago. Granted, the color white had been discovered, but it was incredibly unstable and would have likely resulted in severe injuries to the end user.

Updated Xbox 360 Dashboard On The Way, Jesus Statue Not Integrated Until Next Revision

If you were lucky enough to murder a loved one for an Xbox 360 this holiday season, you're in luck! Microsoft plans to distribute an update to the system's dashboard which will reportedly fix various software glitches, add support for an upcoming USB camera, and enable the console to feel anger.

Crashday Demo Only Lets Players To Race 50 Times, Then Not Buy The Game Once

Gamers who had planned to play the newly released demo of the racing game Crashday fifty one times were stunned to find themselves stymied after the fiftieth try. Additionally, users who use 100% legal cd emulation tools have reported not being able to start the demo until said tools were uninstalled. The idea of getting people interested in buying your game by making a hassle-free demo and distributing it freely has become unpopular among publishers lately, and sources tell us this is just the first step in an exciting new direction. Look forward to first person shooter demos that only allow you to use the keyboard and automatically uninstall after you lose one life, strategy game demos that only install after you've bought and installed the full version of the game, and rpg demos that are nothing more than a sequence of annoying pulses of light specifically arranged to give you a brain tumor.

25 To Life
Who knew a budget title cashing in on the recent trend of thug games could be so bland and uninspired? 3/10

Samurai Shodown V
Samurai Shodown V takes the myriad of things people love about the series and attempts to improve upon them by running them through the "crappy" filter, which surprisingly backfires. 5/10

Torino 2006 - The Official Video Game Of The Olympic Winter Games
This title delivers everything you expect from a modern olympic video game, from the boring button-mashing gameplay to a complete lack of a sense of grandeur or exciting competition. 2/10

True Swing Golf
When a paint-by-the-numbers golf game like this is the highest rated game released in the past few weeks, perhaps it's time to look into a hobby such as collecting stamps or doubting your belief in God for a while. 6/10

Top lists are a magazine publisher's dream come true. They're the perfect way to lure in extra readers, have a low content-to-pagespace ratio, and don't require much thought at all. It seems like every month EGM and other magazines of its ilk shit out another "Top 50 Games Featuring Kilts" list, then sit back and wait for the inevitable angry email from people who disagree with their choices so they can mockingly respond in their hilariously edgy and sassy Letters column. Here, in order of their annoyingness, are the top 10 Top Lists that you're likely to come across while perusing the magazine rack.

10. Greatest Villains - Will Sephiroth or Gannon be number 1? Only our group of editors are qualified enough to discover the truth!

9. Greatest Heroes - See above, replace Sephiroth with Mario and Gannon with Link.

8. Top RPGs - Start with a whole lot of Final Fantasy and sprinkle in a few Japanese RPGs that were never released in the States for street cred.

7. 10 Most Influential Video Games - Grand Theft Auto changed the world as we know it, no one made platformers before Super Mario Brothers, and Cool Spot paved the way for titles like Rayman and Half-Life 2 in very convoluted ways that we're pretty much pulling out of our asses.

6. Most Underrated Games Of All Time - Here's a bunch of games we've talked about incessantly in a national publication numerous times before, but we feel they didn't get any recognition.

5. Worst Games - Tell us the story of those E.T. cartridges being dumped in the desert again! What's that you say, Custer's Revenge was racist and featured pixellated nudity? Oh video game magazine, where do you find this terrific stuff?

4. Most Overrated Games Of All Time - Also known as the Angry Letter Generator, all you need to do is list a bunch of really popular games and say "they weren't that great".

3. Most Significant Games Of All Time - At its time, Arnold Palmer Golf for the Genesis played a vital role in repairing volatile race relations.

2. Top 10 End Bosses - Like the Greatest Villains list, only printed in a different month with a different name.

1. Best Games Of All Time - Invariably begins with "we locked ourselves in a board room for 16 hours and only opened the door for pizza" to create the illusion that the writers care and are human, and ends with the same game they've picked every year for half a decade. Almost as much of a waste of your time as this Top 10 list has been.