16 Hours of Sex in Witcher 3, Eurogamer Adopts One Sentence Reviews

A recent Guardian article had this to say about lustful boning sim Witcher 3:

"But the development team behind forthcoming fantasy adventure title The Witcher: Wild Hunt seems unfazed by either moral or technical concerns. The game, due for release in May, contains sex scenes constructed from over 16 hours of motion capture data." 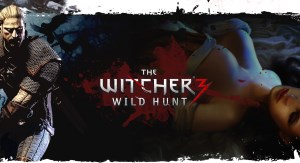 Forty five minutes of motion capture sex went into the opening cinematic. Presented as a "Previously, in Witcher and Witcher 2" recap of the series thus far, this movie is purely comprised of two rats making passionate love while a troll looks on approvingly.

One hour and fifteen minutes of motion capture sex were used in various travel animations, all slight variations on a single concept: Geralt awkwardly trying to conceal an erection while riding a horse.

Half an hour of motion capture sex went into the new and surprisingly unpleasant lockpicking mini-game.

Two hours of motion capture sex went into the critical hit combat animations, in which struck enemies moan and gyrate their hips in slow motion.

One hour and fifteen minutes of motion capture sex made it possible to implement Geralt's new "Rest" animation. In this state, Geralt pleasures himself while fantasizing about a game with better combat, better camera controls, and a user interface that's actually intuitive and responsive.

Four hours of motion capture sex were used to make realistic lip movements during conversations. Look closely when a character talks. Note how the mouth opens extra wide and never closes. See the tongue, protruding and waggling around wildly? 100% of all mouth animations in the game are simply taken from one long motion captured French kiss.

Forty five minutes of motion capture sex resulted in Geralt's idle animation. After two minutes of standing still he does a perfect imitation of the classic impatient Sonic foot tap. After five minutes he turns to the camera and timidly performs a "sexy" dance for us, fighting back tears.

One hour and forty five minutes of motion capture sex were used in the crafting screen. Items are made by collecting playing cards which depict naked women on them. When a new item is created Geralt rubs two or more of these cards together and makes kissy noises.

We'd like to congratulate Eurogamer on their decision to drop review scores, which they are replacing with "one-line summaries for every review".

While Eurogamer has yet to reach out to us and formally work out a deal to license One Sentence Reviews, this is obviously a very busy time for the site and its staff. We look forward to hearing from them and receiving their checks before it becomes necessary to involve our attorney Leonard J. Crabs.

Raven's Cry
If Black Flag had been written by Derek Smart, voice acted by Tommy Wiseau, and held together by random scraps of code from Big Rigs Racing, it would have been a safer purchase than this fever dream. 1/10

Dying Light
There is an enemy that can appear directly next to you then blow up and instantly kill you in one hit, so while this is a better designed game than Dead Island maybe it's time we all admit that Dead Island was shit. 6/10