The Nuge Board, Panty Hog and Quizilla

2006 camo tee be damned, there's no stopping this creepy man-crush! 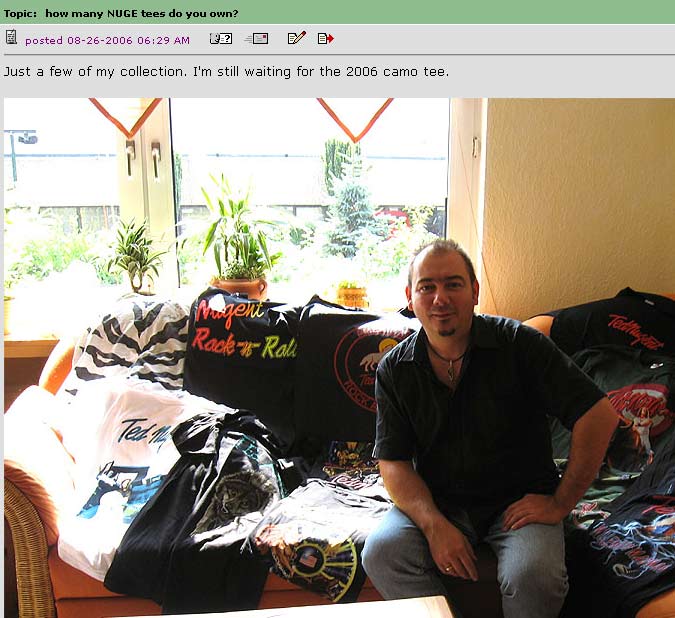 "You know what would be awesome man is if like there was a presidential debate and the democrat guy was just all like "uhhhh i want to help families durrrrrhhhh" and then THE NUGE got up and was like "HERE'S WHAT I THINK, BITCH" and kicked over his podium and kicks out a badass guitar solo for like ten minutes that totally blows everyones mind. That would be fuckin radical."

RATT was one of the greatest and since it's basically impossible to make jokes about them I won't even bother trying.

"the real tjams" apparently has a problem with impersonators trying to pretend they lead the same glamorous lifestyle.