How to Properly Enjoy World of Warcraft

Tuesday, Nov 29, 2005 by Caylen "Abraham" Burroughs
World of Warcraft is an exciting Massively Multiplayer Roleplaying Goose, where jerks with no lives are allowed to live out their fantasies of being a jerk in the mystical lands of Azeroth, Kentucky. Since everyone either plays this game, or talks endlessly about quitting the MMORPG they are currently playing for this game, we here at Something Awful thought it would be best to provide players with a successful guide on maximizing your enjoyment. This one goes out to all my thugs in Ner'Zhul.

Please take heed that of the players you wish to kill, they will usually be on your own side. Blizzard insists this is working as intended. Remember: the server you select will be one you complain about until Character Transfers are allowed, so choose wisely. 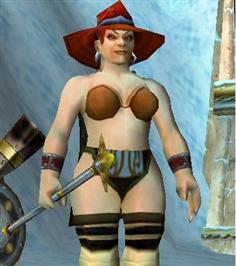 This is what best represents me in game.

Give your character a unique name. Be sure to stand out from the other Sephiroths and Thralls that probably play on your server. If ZeldaKillaz is not your style, try to choose a name that is extremely difficult to type out. Anything that sounds like it could be a backwoods city in Iceland is a good place to start so use umlauts, accented e's and as many silent X's as possible -. Qualzu is a decent start, but QÆlzüÈnlktn sounds like one bad ass paladin. If they can't type out your name, they can't add you to their ignore list.

Choose a class that suits you. This is your first MMORPG, and you want a fun experience that is action packed, dynamic, carefree. You want to kill shit quickly, not worry about being attacked, and with very few responsibilities. Play what everyone else does – a rogue. Sure, everyone that plays Warcraft will tell you that everyone is a rogue – that's because Rogues are enjoyable to play. They will say that there are too many dagger-wielding assholes, and that your endgame is going to consist of creating a macro declaring “Looking for group anything PST”. Well, the other classes don’t have any fun at all. Tanking is bullshit. Healing is for sissies. You have a 30-day trial period, and you are certain you won’t become addicted like the 2.3 million other rogues that play.

Ask Plenty of Stupid Questions! Sure, you could ask a guard where the inn is, but there are thousands of players online, a plethora of misinformation via the General Chat. The tooltips that Blizzard has implemented are just there to confuse you, and it’s not like you were gonna read that quest that Centaur just gave you. The only way you are ever going to find out what that “Breath” bar is by spending five minutes in the water asking everyone on your continent. If anyone suggests picking up the manual or using one of the many resources online for newer players, report them.

Make your Numbers as high as possible. One of the primary goals of WoW is to make every number you have as big as possible, except your Spirit stat. Spirit is worthless. The larger that number is, the more unplayable your character is. The tiny gain it gives to your HP/MP generation it grants, is not worth the tradeoff for the undocumented effect it has on lowering your rolls on your Class Specific Loot.

In fact, some extremely rare loot has the chance of giving you negative spirit, making it in high demand among melee classes. Things like passive effects, character appearance, or “maintaining a healthy social life away from the computer” have nothing on making your numbers bigger. If someone has numbers higher than you; call them a faggot, blacklist their entire guild, and report them for exploiting game mechanics.

The only profitable tradeskill is being a female. Play as a girl. Do not ever, EVER, even hint that you are male unless you dislike getting free gold from desperate nerds. Most players should be skeptical that every elf with long hair and boobs is offering to dance for him in her underwear for gold, especially because the game has been live for more then a year now. Well, you can be a female Tauren with one horn, mange and the name BullBalls and still be solicited for whispered chat companionship. In a pinch for that sword you want to purchase? Tell your group that you are AFK because your period started, and come back to a myriad of invitations to be their online mistress. Mining/Skinning has nothing on the amount of profit that Gold Digging brings in. 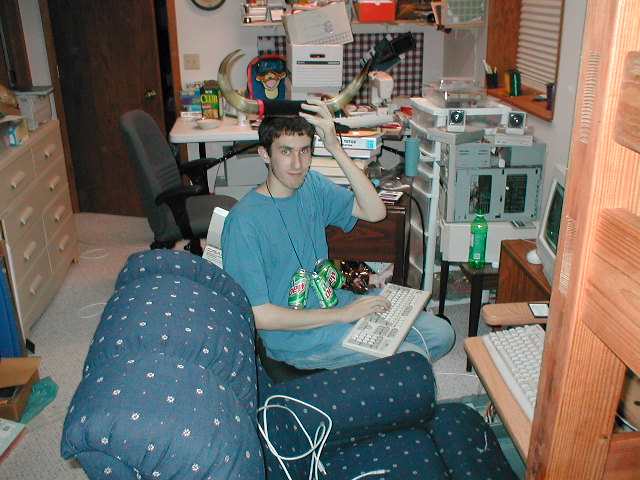 Be patriotic. Part of the fun of World of Warcraft is the tension caused by having two warring factions. Play into this as much as possible to heighten your enjoyment of the game and the enjoyment of everyone around you. Start by making a macro for the "/spit" command. If you should encounter a player 10 or more levels below you, press it several times while running after them.

Wait to engage them until they are being attacked by monsters or you have several friends to back you up – this is called strategy. After killing the player, be sure to stick around to make the concept of “resurrecting” as challenging as it is impossible. If you are Alliance and that Orc helps you kill that unexpected mob while you are at your last breath, be sure to thank him, /bow, rest up, then report him to a GM for ruining immersion. Same goes for any player that destroys you, then camps your corpse for the next hour – all members of the opposing side are fucking assholes with no concept of honor.

Lay Down the Law in Duels. When you duel someone, you are giving them your valuable time. They should, therefore, be happy to consent to a fight on your terms, so don't hold back out of politeness. Chances are they accidentally declined your last seven challenges. Demand your satisfaction! Some abilities are just unfair and don't deserve a place in honorable battle.

Some good guidelines to set before the duel is to disallow hunters using traps, rogues stealthing, warriors disarming, warlocks fearing, paladins bubbling, paladins healing, shamans touching the keyboard, and mages casting spells. Also, throw them a bone by starting slow and ramping up the difficulty. Duel first without restrictions, and only after you lose to their unbalanced abilities should you speak up. Eventually you will have them right where you want them: in a battle where they are allowed to do nothing but auto-attack and watch. If they still beat you, insist they are using pots, trinkets, or hacks, /spit, and report them.

Play things the way *you* wish to. Most of the skills that the game offers are really just suggestions, and should have no bearing on the way you want to play. This advice is not only suited to having a good time, but also economical. Want to play a Shadow Priest? Don’t even bother learning your new heal spells past level 10 and watch the savings pile up while the faces melt off. Lockpicking is for criminals – explain that to your group two hours into Blackrock Depths when the prisoner you came for needs to be let out. Knowing your role in a group is as easy as knowing thine self – do a little of everything.

However, if you are a shaman, druid, or paladin do only one thing and do it poorly. If anyone asks kindly for the occasional heal, or maybe would like a resurrection because everyone but you died because of the lack of occasional healing – do that hearthstone thing you like so much. The only reason they are complaining about you is jealousy for all that fun you are having.

There is no such thing as Mana. World of Warcraft is an innovative MMORPG, as it has convinced all melee classes that there is no such thing as Mana. All classes operate on Energy or Rage - which replenishes itself. If your healer is complaining about your recklessness, tell him to go beat on a monster with that Staff he's carrying or just wait 15 seconds. If for some reason the Mage is just using his wand while angrily sending you tells about something involving getting something to drink, /ignore him for lacking playskill.

More The Art of Warcraft Next