Aeoliah - Music to set your spirit free, submitted by loudness. It's no secret that we here at Something Awful hate many things. I always seem to write irate articles about how much I personally dislike goths, ravers, people, Zack "Geist Editor" Parsons, hatred, and the internet. Still, if there's one thing I hate more than all these things combined, it would have to be new age music. This music, and the people who listen to it, just bother the living hell out of me. It's as if someone took everything I despise about hippies and candy ravers and flower children and rolled them up into one ball of disgustingly positive energy. The music is soothing and cooling like Gold Bond medicated powder, and puts all who listen into a deep coma-like state known as death by frantic suicide. Add to this the fact that John Tesh is somehow involved in "the scene", and you have more than enough reasons to want to stay away.

Why this sudden rant about New Age music? Good question, champ! It's because I stumbled onto this page - the site of Aeoliah, "where healing sound and light touch your heart and soul!" If you're having trouble pronouncing that name, you aren't alone. This man crams vowels into his name like it's nobody's business. Luckily for you, he provides propper pronunciation in this blurb about himself which is in no way self absorbed or annoying... 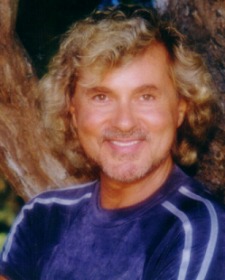 Proficient New age multi-instrumentalist Aeoliah (Ay-oh-lee-ya) is well-known among celebrities for his powerful healing techniques through music. His belief that sound and light are spiritually energized allows Aeoliah to compose his fine impressionistic compositions that bring so much joy, comfort, and inspiration to millions of his fans.

He is quite well known among celebrities, folks! That makes him a celebrity by default! The healing magic of his music is evident within the first two seconds of your mystical journy into his website, when a horrifying loop of one of his songs shoots from your speakers into your ears like some sort of brain-hungry worm and cures you of any. While at the first page, take some time out to notice the soothing atmosphere that the wealth of flashing colors and animated gifs bring to this site.

Where do we go from here on our magical mystery tour? Obviously, we should check out some of this crazy new age music that the kids seem to love. A versitile character, Aeouoliauh has several different types of new age for you to listen to. For those looking for something mellow, his Angelic-Ambient music fits the bill rather well. But light New Age is for wimps! For those who came to this website to ROCK, check out some of his "Energizing, upbeat music." You'll be moshing in no time, to tracks like "Rhapsody", "The Caress", and the energized anthem "I Got Rhythem." Not even Andrew WK can rock harder than Aeolueooeiioeah when he's in the zone - the rocking zone. But if that wasn't enough, Aeoliah also has another type of music. Interdimensional Galactic Space Music! I can honestly say this is the best interdimensional galactic space music I've ever heard, and deserves to be featured prominently on the upcoming hit cd "Monsters of Interdimensional Galactic Space Music", available only through special TV offers.

Next, our mysterious and wonderous trek through Aeuoouoiliouaeah's site brings us to his "visionary art gallery" where you can see such beautiful things as...

A circle with a thing in it 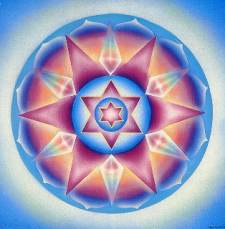 Another circle with a thing in it 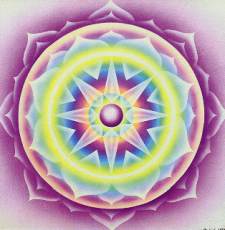 A thing with a circle in it 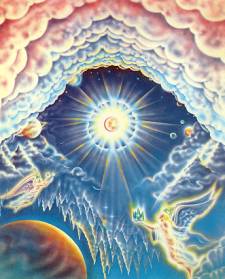 His art flows into your very soul, and does something unspeakable to you while it's there. Surely, you'll want to share this art with everyone you know, so be sure to drop by the "e-card" area to send your friends special Aeoliah greetings that they'll treasure for an indeterminate amount of time. Also, check out his java room for even more goodies that you'll love, if they don't make your computer explode into a thousand tiny bits.

Everyone who visits this site should swing by the guestbook, to let Aeoieueuolisometimesyaeouh know exactly how you feel about him and his work. Let the healing light and sound enter your life, and you too will one day be as great as Aeouerususthisawhatever. If you don't, you'll get cancer!