Thursday, May 30, 2002 by Rich "Lowtax" Kyanka (@TwitterHasBannedAllMyAccountsEver)
Know of an awful site? Send it to us and become a hero!

Do you really know your neighbor? How do you know your neighbor or someone else not in your neighborhood isn't dropping over to your house at night spraying you when you answer the door maybe posing as a salesmen or religious person with the trance drug shocking blue (you won't remember) a derivative of burundanga (easy to get) in a spray can in Columbia, South America trancing you causing your mind (your brain) to be wide awake and sleeping at the same time while they rape you, (cause you agreed to it, cause your tranced and will agree to any suggestion, anything, things against your will) raping you each and every night without your knowledge cause you can't remember cause of the retrograde amnesia that sets in because of the drugs influence and because the more your tranced the more you become submissive the more your mind becomes trained and the more you will not remember that you have been raped, (unless suggested to remember) made to do things that you normally would not do sometimes made to commit murder or other things beyond human comprehension against your will?

Uh... can I pass on this question, Alex? I've met my neighbor and he seems like a nice guy, although I've seen plenty of movies where the "nice" next door neighbor turns out to be a Burundanga-spraying alien who wants to rape your brain while you agree to it because, hey, it's SHOCKING BLUE and it's HERE FOR YOU!

All you poor "Stick my head in the sand people" out there (sheep) who don't have a clue (maybe somebody's spraying you right now with that burundanga spray can) and want to keep sending me hate mail just log off, you don't have to read or know about burundanga or the shocking blue drug or the new microwave mind control technology available to your average person or learn what's happening in the trance drug technology world. Walk away, don't read cause it's your choice to still close your mind. (at this time) but maybe not in the future... Others interested in their well being and amd want to know the truth and the truth about what is underway for control their children's mind in the future, in the 21st century read on..............

After sorting through all the nonsense on this site, I can safely say that I'll choose "Stick my head in the sand people" for 500, Alex, and just go home with my lovely parting gift. Seriously, if I have to spend all this energy pulling my head out of the sand simply so I can read insane babbling crap like this, I'll just settle with inhaling dirt until I die. This website is just jam-packed with deep and meaningful philosophical questions such as:

Is it possible that in our world there is Human mind control Guinea Pig Experimentation going on?

I don't think so.

Ah, I doubt that. 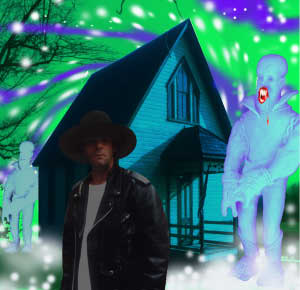 Is it possible that life could really be stranger than fiction?

Considering this entire website is fiction, I would have to strongly disagree with that question. Oh well, at least they have some great animated gifs.

PS: There is a guestbook you can sign, but I think you have to be under mind control to do so. Or I guess you could be a human Guinea Pig. Well whatever, just as long as you have a bottle of Burundanga or SHOCKING BLUE.