Politics, Religion, and My Views on Life (quotes and shyt)

Politics, Religion, and My Views on Life (quotes and shyt), submitted by Jason. What do you call a whiny, hypocritical, anti-American, teenage, anarchist wannabe rebelling against his cushy suburban life through crappy prose and godawful lyrics? In this case, you call him Luke. The internet has given everyone a voice and Luke has chosen to use it to rant about how much he hates capitalism, democracy, and especially how other countries don't get to have capitalism or democracy. This site is a history lesson come to life, as Luke expounds on how the emergence of Christianity destroyed all the love in the world and how the man has stolen every last one of our rights. He gives his insights into the multitude of ways in which the world government limits our free speech and causes wars in order to kill people. When he gets a cold, the government is to blame. When he gets fired from Burger King, it's just another case of "The Man" holding him down. Anyone who supports any cause whatsoever is either a pawn of the machine or is trying to hold everyone else down. Of course there's an exception for Luke; anything he supports must be right. So just sit back and let him pin every problem with the world on you. You know, deep down, it was all your fault, anyway. Oh, also, you're gay. Everyone is gay because Luke says so. I can't think of any way to express my raw, festering hatred for this site without resorting to childish profanity. So, I will: fuck this site. Here, see for yourself. 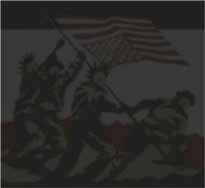 I speak outside what is recognized as the border between "reason" and "insanity". But I consider it a measure of my humanity to be written off by the living graves of a billion murdered lives. And I'm not ashamed of my recurring dreams about me and a gun and a different species (hint: starts with "h" and rhymes with "Neuman's") of carnage strewn about the stockyards, the factories and farms. Still I know as well as anyone that it does less good than harm to be this honest with a conscience eased by lies. But you cannot deny that meat is still murder. Dairy is still rape. And I'm still as stupid as anyone, but I know my mistakes. I have recognized one form of oppression, now I recognize the rest. And life's too short to make another's shorter-(animal liberation now!).

We spoke our minds too clearly. We assumed fundamental rights were inherent not as pawns but humynz. I do not require a gauge for freedoms of speech cuz I never asked to be a citizen. I never have and never will pledge allegiance... Waking up each morning with confusion in my eyes. The wind is biting through to wave hello. Seeing my reflection, an exterior of lies. I hope this shaky feeling doesn't show. As if I had to tell you, there was little left to say. Stilted conversations coloured blue. You were sitting down and you got up to walk away. I tried to stay, but I was right behind you. Tension in the stair, I cannot bear so close to helpless as the songs I sing inside me ring. Final words are boring never touch I know you whispered something in my ear. I couldn't hear you. Gyrls with the greenest eyes. First time you have kissed. Our quiet softest sighs. A song for all of those who shot and missed. Welcome to this world impuded identity. Born, tagged, tattoed, pacified. Generously bestowed my rights and privileges replete. Arbitrary values ascribed. There's nothing I can tell you. There's nothing I can say. Stunted conversation, censored thought. I'm completely free at liberty guaranteed. Unless, of course, you decide I'm not. But I'll not be resigned to fall in line behind you. Tension in the air I cannot ear so what the fuck am I accomplishing? Absolutely nothing. All these words are boring. It's time for action. But you've taught me to be a pawn. It won't last for long. Those who see through the lies are quickly gagged and bound. Their ambitions realized. Tear the whole fucking thing down.

I could post a dozen more excerpts from this ode to verbal masturbation but it still wouldn't do justice to this site. He makes numerous other references to getting a gun, but I'm less worried about this nutjob actually going on an anti-establishment shooting spree than I am about people who view this site going out and raping babies. You heard it here folks - nonconformism for its own sake leads to baby rape. No, you know what? I'm tired of attacking his pissant views. It's too easy and too infuriating. But if this guy spells "humans" with a "ynz" one more time, I'm going to buy a thousand shares of McDonalds in his name and send them to him on nonrecycled paper made from the only rainforest trees that can cure cancer. I get the "Y," so he can avoid using the word "man." It's moronic, but I get it. The "Z," however, is nothing more than Luke being an idiot, and he should be slapped for it. As a self-proclaimed liberal, I hate the way this site gives us all a bad name. As a person capable of free thought, I hate the way this site insists that I can't come up with any rational ideas on my own. As a writer, I hate the way this guy butchers the rules of grammar and spelling one moment, then mysteriously obeys them the next. As someone with eyes, I hate the way this site is designed. But as a music lover, I can't get enough of this stuff! At first, I thought his lyrics were as trite and pointless as the rest of his writing.

Then, a man of vision opened my eyes. That man was none other than our own beloved Lowtax. He took the lyrics from one of Luke's songs and turned it into an ode to activism, a call to arms for all of those who feel oppressed. Perhaps the only saving grace of this site is that Lowtax's rendition of the song is now available to the world. You can follow along with the lyrics, then treat yourself to an orgy of sociopolitical constipation right here. Take my advice, though. Don't read too much at once. You're more useful to me alive.