Blizzcon Photo Gallery, submitted by Laurence. Blizzard has decided to put up a photo gallery of pictures from their big convention. Prominent among inane photos of Blizzard staffers signing autographs and slightly creepy life-sized models of game characters are a bevy of hilarious photos of people dressed up as their "World of Warcraft" characters. 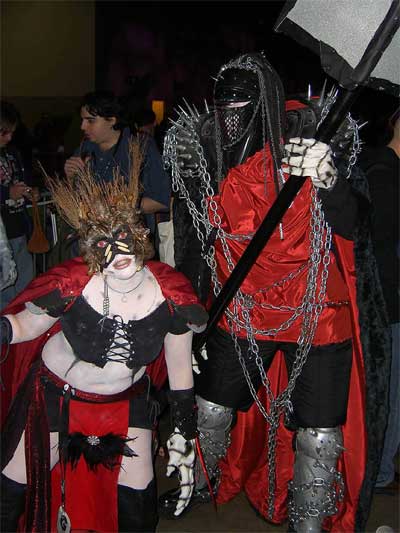 Apparently the Horde stopped its bi-weekly Pilates classes. You would think the undead would have learned by now not to wear all black costumes when eating powdered donuts. 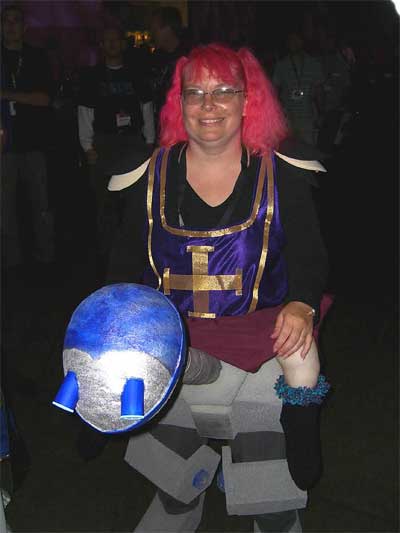 I think I saw one of these things bobbing up and down on the rim of a drink but it didn't have the pink-haired Mom I Would Definitely Not Like to Fuck or the creepy little puppet legs. I bet she smells like astringent and fennel. 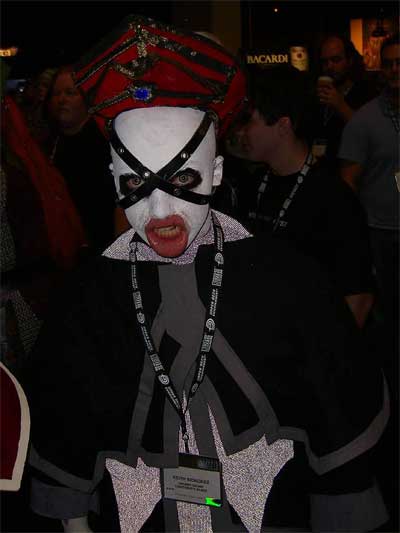 If loose lips sink ships then this guy just sent Task Force Mime to the bottom of the Atlantic.