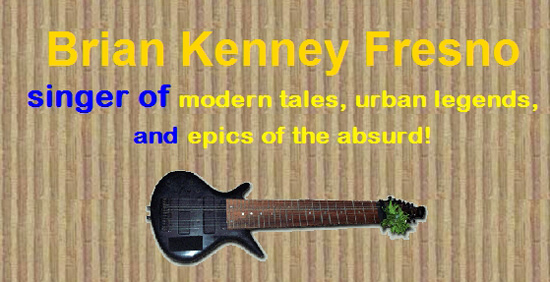 From time to time, I like to write about music for this very site. So, when I get the opportunity to do so in conjunction with an ALOD, I jump at the chance. That's why I'm so excited to share with you the biggest star on Bong Hit Records, Brian Kenney Fresno. 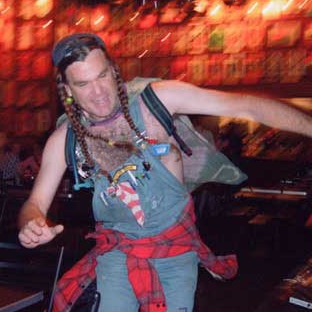 The site design is shit, and that is incredibly plain to see. It is also, somewhat surprisingly, probably the least terrible thing about the Brian Kenney Fresno experience. Simply put, BKF is an independent musician from Fresno, CA. If that weren't bad enough, our good buddy plays just one instrument: the Warr Guitar. For the benefit of those of you who didn't spend the better part of college worshiping weird prog-rock bands, the Warr Guitar is essentially one long fretboard with a bunch of strings overlaid (seriously, some models have like 20) that is only given to complete assholes who have spent at least ten years of their lives sporting a ponytail.

Unlike most Warr guitarists, however, The Big BK doesn't take himself too seriously. You see, Bri-Bri cleverly combines his music with the spoonful of sugar we all know as comedy, helping his luscious riffs go down with a chuckle. His lyric-writing premise is simple - work a few weed jokes into the repertoire, trash on some fat chicks, and make sure everything is written in rhyming couplets, even if you start straining a bit on the "sense-making" part. But my meager descriptions can't do this fella justice - you've gotta see it to believe it!