Cartoons for Christ (Thanks, corn in the bible!)

Cartoons for Christ is a massive collection of terrible drawings made by a crazy person. Each astoundingly grotesque comic is like staring into a nightmare. There are creatures and demons that look like refugees from an acid trip; dire warnings written in the goofy Comic Sans font; and tacky Photoshop effects everywhere. It's an ungodly fusion of a Jack Chick tract and Sweet Bro and Hella Jeff. The site's a mess with confusing navigation, but it seems the ultimate goal of the creator (nom de plume "HooRay") is to do an artistic interpretation of each Bible verse. Good luck with that, buddy! 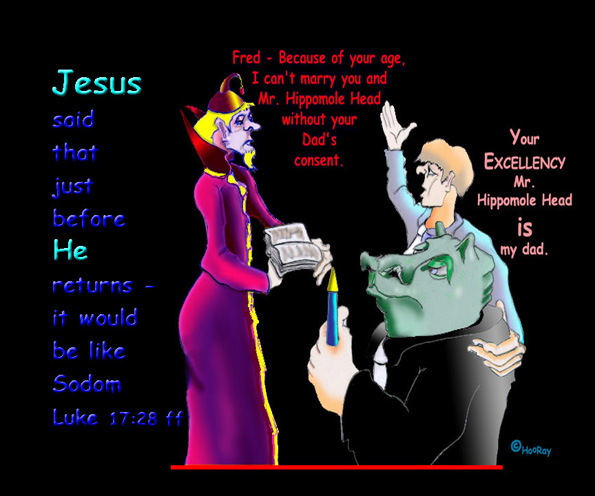 If we allow gay marriage, what's next?? We'll all be marrying our mutant hippo dads, that's what. 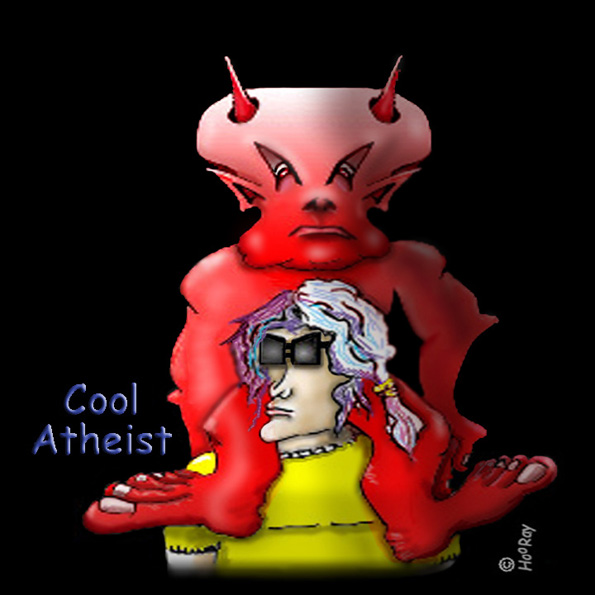 Damn, this is one cool atheist. You can tell he's cool because of the sunglasses, and also because of the horned beast from hell that he carries on his back. All the kids today are lugging around demons and taking "selfies" with them. 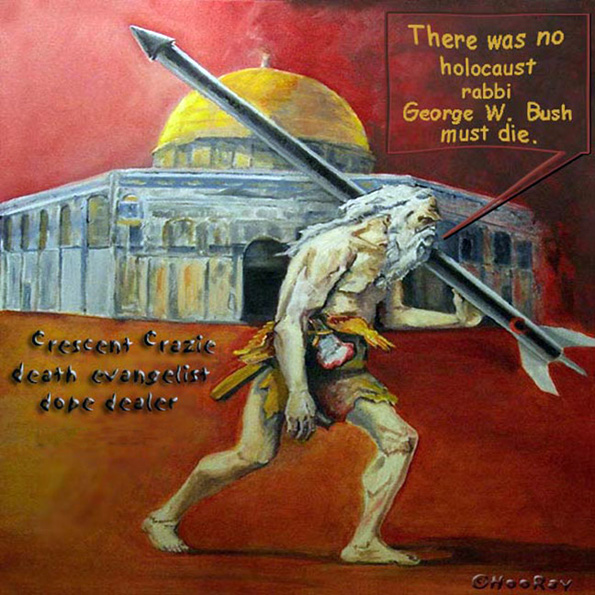 Almost as bad as the cool atheists are the "crescent crazies," who are basically cavemen with nuclear missiles. They're bad because they're socially regressive religious fundamentalists with kooky conspiracy theories. Naturally, HooRay doesn't see the irony. 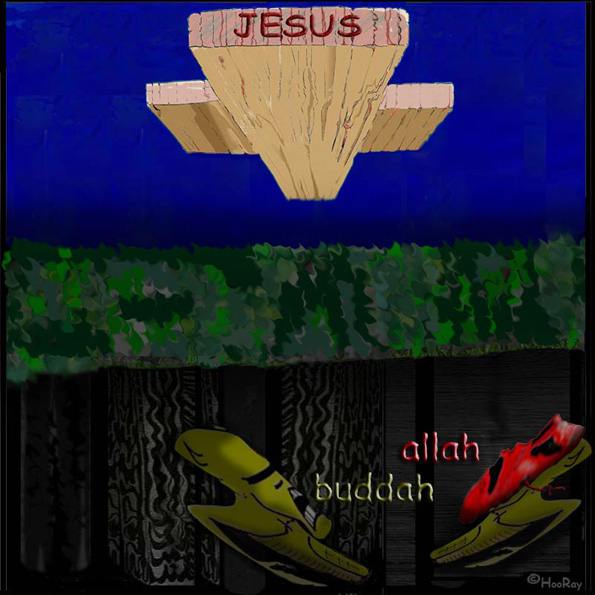 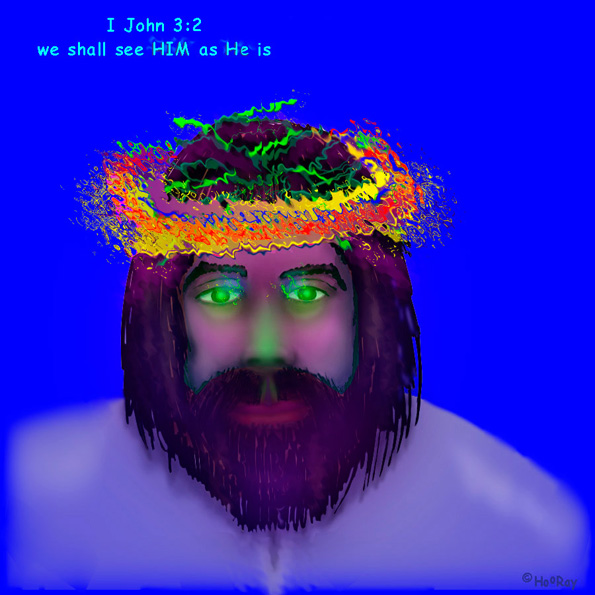 Ah, here's the big man himself, wearing the crown of Nickelodeon Gak. By the way, good news! According to Science, he'll be coming back any day now, because of all the homosexuality.

Because there's no time to waste before the second coming, HooRay also churns out content for his Vimeo channel, which currently hosts a staggering 233 videos, all lovingly assembled with "GoAnimate" and a text-to-speech program. Check out these gems: