Johan Karlberg is a Swedish actor -- maybe you've seen him in something? He had a bit part as a Russian thug in this year's Last Kung Fu Monk, as directed by Peng Zhang Li, best known for starring in a ridiculous tooth fairy movie -- not the one with The Rock, the fucking horror movie about the Tooth Fairy massacring children for some reason. Anyway, so Karlberg played "Oleg." Before that, he was Kyle Katarn in Star Wars: Secrets of the Rebellion -- check out his fine work in this two-second YouTube slideshow! And before that, he was Ensign Brill Tobin, head nurse in the medic bay on the "interactive series" Star Trek: Osiris. Basically, he's the go-to guy for unlicensed franchise movies that it might have been fun to dress up and make but that no one outside the cast and crew will ever actually see.

Before becoming a parallel dimension sci-fi star, Karlberg started small: "Johan started his to get to know acting at age 7, when he played in school theatre for the stage "the little princess that dissapeared."" Unfortunately, these days there's not much listed on his "actor schedule," but Karlberg's site remains worth visiting, because every page comes with its own sweet soundtrack. And if you open them all in new windows, you'll experience a cacophony more gloriously alien than anything playing on the jukebox at whatever Mos Eisley Cantina knockoff Kyle Katarn frequents. 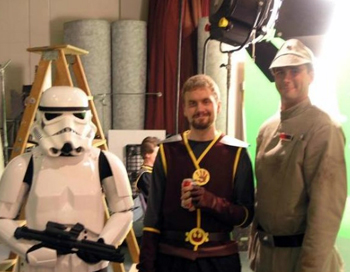 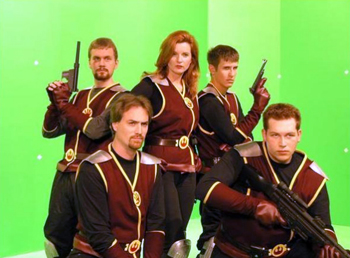 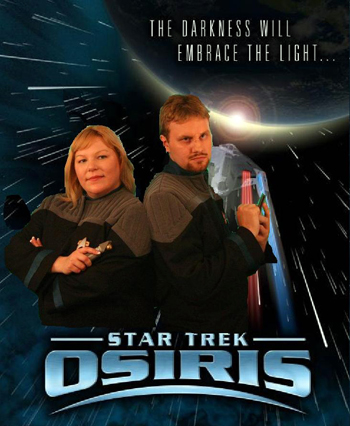