The CEO of Extremely Shady, Inc. Apologizes for the Events of the Iowa Caucuses 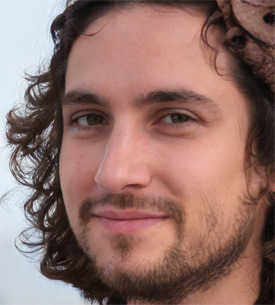 Hello, I am Vic Doredo, CEO of Extremely Shady, Inc. You may have heard of our company as it relates to the SHADY app developed to facilitate streamlined solutions for democracy in a dynamic political environment. Our intention was to open the caucuses to the rapid onboarding of volunteers and to lubricate the processes inherent in democratic transactions. At some point in this rollout, our application installed three separate spyware programs onto the phones of caucus volunteers and instead of transmitting the data to the Iowa Democratic Party instead sent the vote totals to a server called NIGHTCLOUD located in Langley Virginia.

It was never our intention for SHADY to install any unnecessary spyware. The thumb print and voice sampler, the text message sifter, and the banking duplicator were for internal uses only for testing a version of the app for Iranian nuclear scientists and not intended to be downstreamed with the final product.
The Mayor Petecoin mining process that uses 95% of the phone's processor to mine Mayor Petecoins is necessary for the SHADY application to use this powerful new cryptocurrency to purchase Duolingo subscriptions from the dark web. We apologize sincerely if any of these functions, intended or otherwise, produced less than optimal results at the caucuses.

I am very proud of the work we do at Extremely Shady, Inc. We developed the app called CALAMITY that caused centrifuges to explode in Iran. We are responsible for a security application called CORONA that was able to remotely open sealed doors in a bioweapons lab in Wuhan from outside the building. We also have experience developing apps that enhance democratic outcomes such as those in Bolivia and Venezuela.

In the interest of dispelling various conspiracy theories, we are a for-profit company independently owned by SUBTERFUGE, a nonprofit organization that invested a small 100% of our operating budget to create a platform for Democratic outcomes. SUBTERFUGE uses donations it receives from anonymous billionaires to disrupt conventional political pathways.

Full disclosure: the entire board of SUBTERFUGE consists of people who somehow work for the campaigns of Mayor Pete Buttigieg and Mayor Michael Bloomberg at the same time. Yes, they all worked for Obama and were all at Chelsea Clinton's wedding. Yes, they were all in Jeffrey Epstein's flight logs. For some reason, they all have apartments in Trump Tower too. Also, all of their Twitter accounts are private and their photos from Juan Guaido's birthday party have been deleted from Facebook. It is not relevant, because none of them knows anything about SHADY and also it is important you Vote Blue No Matter Who to stop Putin from controlling our democracy.

If you have any further questions, we would like to direct you to my upcoming appearances on Pod Save America where I will be discussing why American politics are like a dating app and we need to swipe right on healthcare 3.0.