This, my dear, is the Zybourne Clock: The Movie

Submitted by Yup Facebook again. I haven't had submissions in a long time!

Gather 'round, children, as I tell you a story about how a stupid goon project I was involved in gained a life of its own and ended up as an easter egg in a popular video game series.

For those who have no idea what the fuck this is already, click here. Otherwise, read on.

Like 4 or 5 years ago, when I used to actively post on our forums, a goon decided he wanted to make his very own RPG. Somehow, I and a bunch of others ended up involved in this mess, which is where the real story begins. 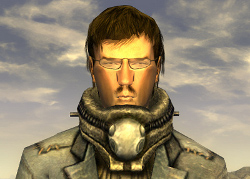 If this is my greatest internet achievement, I will die a happy and fulfilled man.My initial assumption was that this was going to be some kind of jokey, stupid internet humor-based game that we could shit together in RPG Maker and have a laugh about and promptly forget. To put it in contemporary terms, imagine a SNES-era Final Fantasy game with the roles of lead good guy and lead bad guy played by Keyboard Cat and Charlie Sheen. And the battle background music is a MIDI of "Friday" by Rebecca Black. And every attack does OVER NINE THOUSAAAAAAAAAND damage.

This is what I thought I was getting involved with.

Turns out, they wanted to do a REAL RPG. My programming knowledge is basically somewhere between "nil" and "lol", I can make a QBASIC program that says "Hello World" and not much else. It also didn't help that the guy who was behind this project stopped taking his Paxil and decided to make an RPG "WITH NO CLICHES OF ANY SORT". Now, a rational person would take this to mean "none of the shit that is in most Japanese RPGs OR Western RPGs", etc. and granted, it would be possible to make a game like this. Perhaps not by a bunch of pot smoking teenagers on an internet comedy forum, but possible none-the-less.

What would not be possible, however, would be to make a game with no hit points, weapons, or any of the other "cliches" aka "basic game mechanics" that other RPGs have. Of course, it goes without saying that it'd be Steam Punk, because no RPG has ever used that setting. Oh, and with a combat system that revolved around whatever mood the character was in, which would shift randomly during battle.

I must give him credit. A party full of manic-depressive schizophrenics roaming around a Steam Punk dystopia and crying/laughing/screaming at steambots disguised as old ladies on Steam-Dialysis is pretty non-cliche. 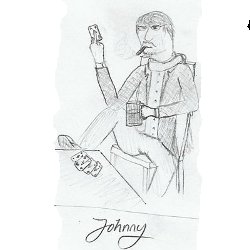 This was actual concept art. I am dead fucking serious.The story was so completely retarded that when FYAD (a forum dedicated to, among other things, making fun of shit as stupid as this) decided to mockingly expand upon the story by coming up with the most butt-fuckingly stupid shit they could think of, 99% of people couldn't tell where the real plot ended and the parody began. The art was somehow even worse than the story, the characters were somehow even worse than the art and the story was worse than the characters and art put together. Every part worked in absolute harmony with every other part to produce a perpetual motion machine that churned out rotten, festering shit

Imagine a boot forever stomping on the face of mankind. And on the sole of the boot, an inscription reading "This, my dear, is the Zybourne Clock".

To make matters even worse, of the 50 or so people "involved" with the project, 45 or so were "idea men" that did little beyond coming up with the intensely stupid plot, 2 were horrible artists, one was a good artist saddled with the worst material ever, one did okay MIDI music and one actually had a lot of programming knowledge and had written and published several popular indie games. Naturally, we kicked him out after a week. Luckily for my internet reputation, my "job" was simply to process registrations for the SUPER SECRET ONLINE ZYBOURNE CLOCK PROJECT FORUM and to moderate the "main discussion" forum. Basically, I was supposed to keep "trolls" out, but didn't give a fuck and let them in anyway.

Anywho, to cut a long, boring, stupid story short, the project went down in flames to the surprise of absolutely nobody, but the meme lived on.

In fact, if you've played Fallout: New Vegas, you just may have stumbled upon this near the town of Goodsprings if you took the Wild Wasteland trait when making your character.

In short, I was involved in a historically stupid Goon project that ultimately wound up in one of my favorite video game series of all times. This is what we in the business call a textbook example of the ends justifying the means. *raises the roof 3x*