No, that's not a typo. I really did mean to spell it "YouTub". Why? You will soon see.

Chain letters have been around forever. Literally. The first one ever in recorded history took place sometime 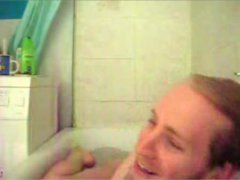 Have you ever VLOGed... ON WEED??!?!?!around 500 BCE when an ancient Greek, who's name has been lost to history, sent a message to the ruler of Athens which read "Philosopher Plato found dead". Upon open it, he was annoyed to find the following message: "You opened this papyrus scroll when it said Plato was dead, but would you have opened it if it had read 'Jesus, I am a sinner and need you to save me'?" Legend has it that the ruler was so annoyed that he tore the scroll up before he read the "Forward this to at least 300 Spartans or your city-state will be overrun by Roman legions" clause. The rest, as they say, is history.

Fast forward to the common era, and we now have 8 trillion "ADULT SURVEY LOL" chain letters flooding Myspace and even Youtube, it seems, isn't immune. Today, we look at one of the million chain video things floating around the fetid underbelly of Youtube. Unlike the typical "Dale Earnhardt killed by the CIA" chain letters, this one is a bit different and deceptively simple: How many times can you say "Youtube" in 10 seconds? 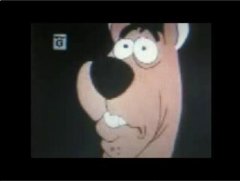 Oh dear. Shaggy, I hate to interupt you, but I believe I see a ghost. Now, since that's out of the way, may I please have a Scooby Snack?Despite there being more of these stupid fucking videos on that internet than atoms of hydrogen in the universe, this was literally the only one that was funny (though I will admit I got an ironic chuckle out of the 11 year old who unashamedly aped Napolean Dynamite during his video).

We join the video in progress - approximately 5 minutes after this weirdo ginger smoked enough weed to think climbing in his bathtub to post a vlog was a good idea and 30 minutes before he cries himself to sleep as he finally realizes what he did. I'll hand it to him; he did do pretty well as far as "saying Youtube a lot" goes. It seems however, in his rush to finish the video so he could spray enough Febreeze to cover up the oder of marijuana and shame before his parents get home, he forgot a few things. In no particular order, they are:


The war on drugs is clearly an utter success.

"Once you have pubes ur too old for this nonsense."
-hennypeck

"Lol everyone are naked under their clothes, can you imagine that?"
-eigio