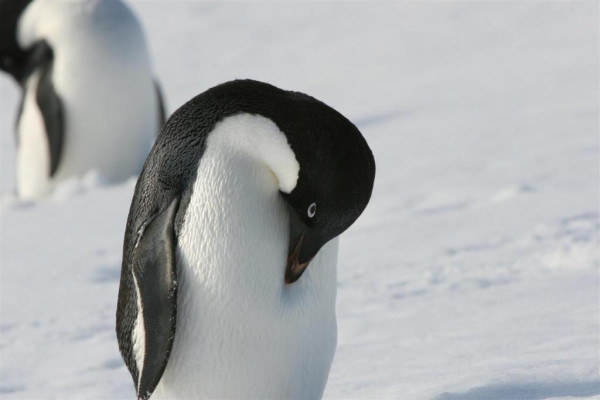 Q: What does your clothing mostly consist of outside and in?

A: Depends on what you're doing, but you'd get acclimated to the climate pretty quickly. I spent a large portion of my day outside, so I usually wore long underwear under carhart jeans, and a thermal shirt under a long-sleeved tee-shirt of various thickness, depending on what I was doing for the day. When I was outside, it depended on the weather and what I was doing.

By the end of the winter, if the wind wasn't too strong, I didn't bother with a jacket as long as it was above 15F. Above 30F was tee-shirt weather.

Q: Is there any kind of black market going on there?

A: For weed, maybe there's a black market. There's stories of people growing behind false walls at McMurdo. The USAP bases operate under the same laws as the mainland US, so yes weed is illegal.

The most prized possession on the whole continent is fresh fruits and veggies. If you magically were able to produce some fresh tomatoes, apples, lettuce, and peaches in the middle of winter at the South Pole, you would be a god among men.

Q: Do you have any pictures of the inside of the base?

A: This is the best sort-of shot I have of the interior of the kitchen/dining room. I was actually taking a picture of the large-format camera that the a professional photographer was using to take pictures of us with. You can get an idea of the place from the background, I think. 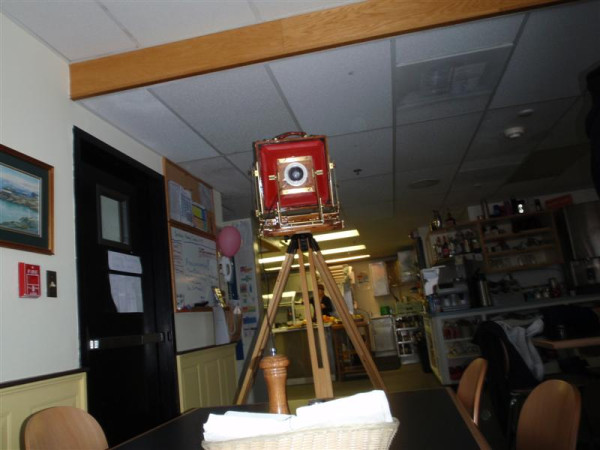 This is our bar, when we were having a bit of a LAN party one night. 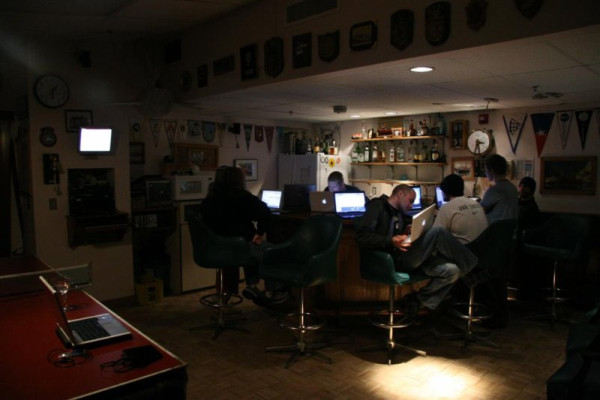 Here's a shot of the bar from inside the lounge. You can see the projector screen on the right side of the image. 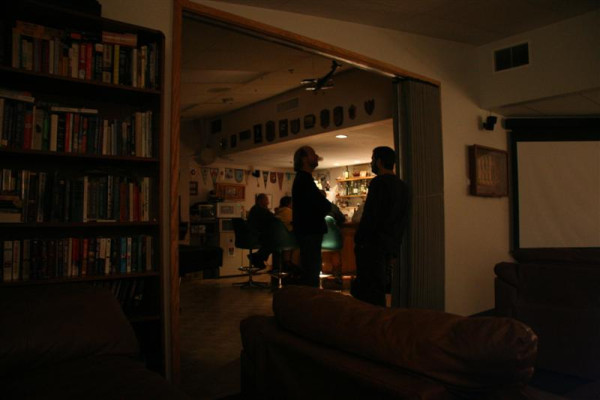 The dirty little secret about Antarctica is that it's WAY more comfortable then you'd think. Would you believe me if I told you that Palmer has an outdoor hot tub with a stunning view out over the bay?

Q: Do penguins live up close to the bases? Have they become used to humans?

A: Penguins have no natural fear of humans, or any land-based animals. They've only very recently had contact with humans at all, and all of their natural predators (seals, orcas) are in the water. To them, being on land is their safe zone, and they fear nothing. Actually, they seem to see humans and our detritus as curiosities.

They're a little bit skittish, as most birds are, but if you stay still and don't make any sudden movements, they'll walk right up to you.

They prefer to nest on the islands around the base, not directly next to it, but they frequently enough will wander over and waddle around station looking silly.