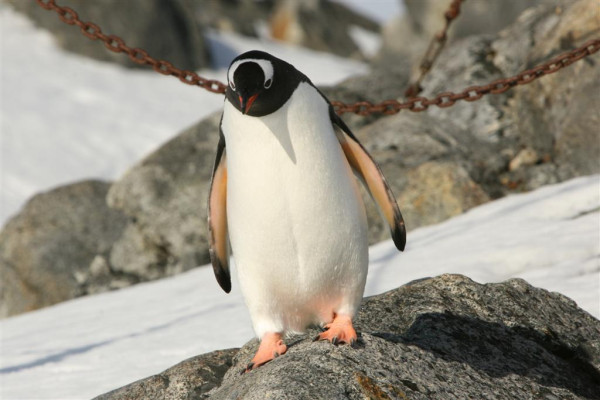 Q: Let me ask you something on a more practical level: what do you do for pussy in Antarctica?

A: The saying is "In Antarctica, there's a woman waiting for you behind every tree!"

That is to say, you fap a lot.

People do hook up frequently enough, though. The Male/Female ratio is maybe 60/40, sometimes 70/30. At Palmer they do their best to keep it as even as they can, as it makes housing arrangements easier. There are occasional married couples that come down, and a few long-term relationship people, but mostly it's a lot of singles.

That said, no guy should go to Antarctica with the hope of getting laid.

Girls have their pick of the litter, but their saying is "The odds are good, but the goods are odd".

Q: I read earlier that at the larger stations people get into fights. Is there like a peace keeper around? An area to confine to person until they calm down?

A: There's no designated peace keeper, it's more of a community thing. Stuff is dealt with on a case by case basis. There's generally a good effort to keep things quiet, to prevent word of events from getting to the hire-ups, or the people in the corporate offices in Denver. Official policy is that any show of aggression and the offending party is instantly fired, but corporate policy and life on the ice often don't jive with each other. There were a couple incidents, no one came to blows, but close, while I was on station. Everyone quickly hushed them up and didn't talk about them, because it was mostly just two guys having a bad day, nothing that either of them should have been fired over.

The biggest problem is that Denver wants the bases to be run like the most buttoned-down, PC, civilized office that you can ever imagine. Which is completely out of touch with reality. So there's a lot of effort to keep things that happen on the ice, on the ice. The less Denver knows about the details of life down there, the better.

A good number of years ago at McMurdo, there was the now-infamous Hammer Incident, where one guy attacked another guy with a hammer. They ended up locking him in one of the buildings until they could get him off station. Fortunately it was during the summer, when they actually COULD get him out.

Q: So what other animals are there that you see on a regular basis?

A: Lots of seals. Sometimes the seals will decide to flop up out of the water and park themselves on the station's grounds, and promptly go to sleep. This is sort of a pain in the ass, as we're not allowed to engage with or interfere with the wildlife, so we all have to work around them and not bother them until they decide that they're good and ready to flop back into the water. One time I was going out to the seawater pump house to do the daily maintenance checks, and there was a baby Elephant seal asleep on the walkway. 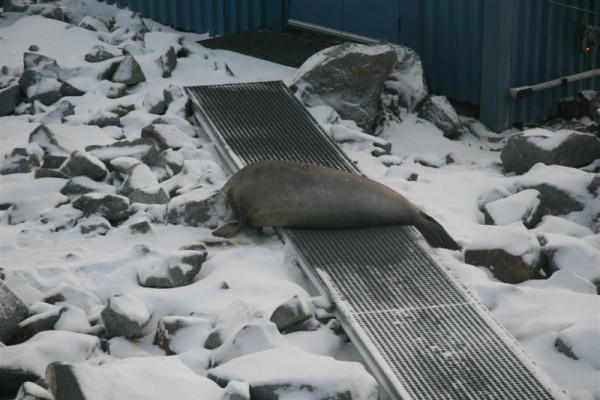 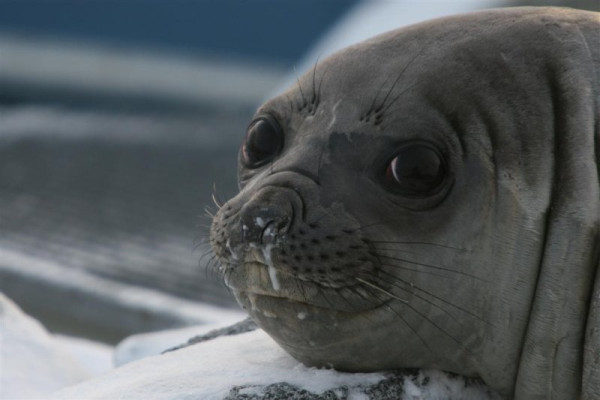 Q: I've heard that drinking is rampant down there. I see you guys had a bar. Can you confirm or deny this?

A: Drinking is quite a favorite past time in Antarctica. And for being as tiny of a station as Palmer was, the selection of booze available in the station store was impressive. 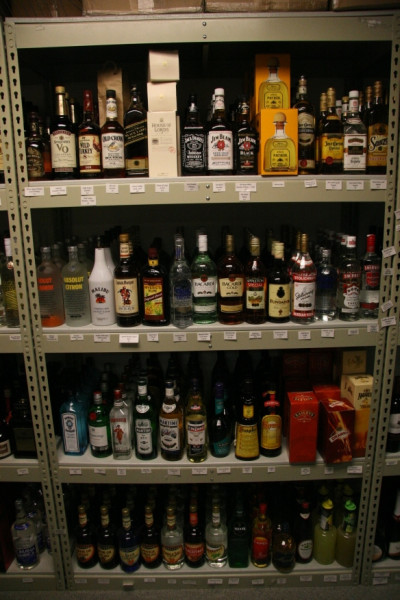 The cost of booze is about 1/2 to 2/3rds that it is stateside, as there's no taxes and...Well, who cares why? A liter of Jack Daniels was $9, for example.

There were some guys on station who liked their drink, no doubt. Every day, at five thirty on the dot, they made a beeline for the bar, and I think would drink in their rooms later. This was only a couple of guys, though. Most people did like to get their drink on, but were very good about doing it in moderation. A station as small as Palmer simply can't tolerate hard-core boozers, and after a couple notable nights, a couple of the heavier drinkers got asked to keep better track of their limits.

At the larger stations, there is more of a drinking culture, but even then, the places are so large that if you don't want to hang around guys who's whole objective to getting through the day is so they can get hammered that night, you don't have to. You can find your own social circle and avoid the drunks if you feel like it. This space allows them to do their thing, without getting in too many other people's hair. And usually, if some of them are really hung over, there's enough other guys doing the same or similar jobs that they can pick up the slack a little while they get over the hangover.

That being said, a hard-core drunk probably won't get hired back for another contract. And in the last year, they've been taking steps to try and curtail the drinking at McMurdo. Hard liquor is no longer sold in the station stores, only in the various bars, by the shot. Although the decision to do this was influenced by other factors as well.

Drinking at Pole is an adventure in of itself, though. The incredibly high altitude (equivalent air pressure of 11,000 feet), glorious cold and absolute lack of humidity means that it takes the booze longer to have it's effect, but when it does, it hits lick a freight train, all at once. People have gone from very slightly buzzed to barely able to stand in a couple minutes, as all the effects of the last half hours work of drinking hits all at once. The climate there plays hell with your body in the first place, and the booze makes it worse. Hangovers at Pole are the worst in the world.

I really enjoyed this tale of living in a freezing cold country, hundreds of miles away from all civilization around a bunch of creatures that you don't understand. Living in Scotland myself, I can only dream of this lifestyle. Thanks to Tsaven Nava for sharing, and the rest of the forum goons for providing questions that didn't entirely focus upon sex, drugs and video games. Next week's Comedy Goldmine will focus on a much warmer topic to keep you cosy during the winter months; the burning fires of hell that you will spend eternity burning in unless you accept Jesus Christ as your savior. Have a great week and let God's love guide you back here next Tuesday.