Finally, these stories were cool and even featured family-killing, but they didn't catch on like Bendyman. 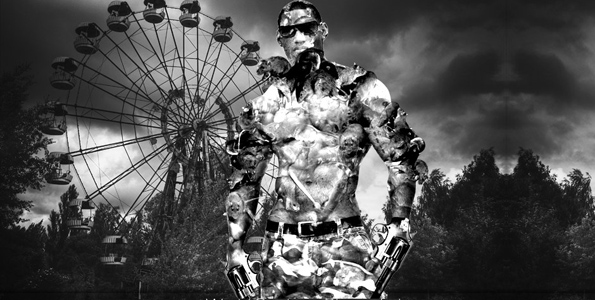 When I was in middle school, there was this story that people used to tell about this buff dude who was made out of rats and also had guns for his hands. The story goes that he has a phone number, 1-800-GUN-RATS (1-800-486-7287) and that if you call him he will tell you to kill your parents.

I didn't believe them but one night at a sleepover a kid in my class named Pete told me that if I didn't call the phone number then I probably supported al-Qaeda and since Pete's dad was a marine fighting Osama Bin Laden in Iraq, Pete was going to beat me up with a pillow case full of batteries if I didn't call the number.

My fingers trembled as I pressed the numbers on the telephone. It rang. A voice on the other end said, in a low and reedy voice "Hello?"

"Is this the man made out of rats who also has guns for hands?" I said in a quivering voice.

"No," he said. "I'm the Buff Dude Made Out of Rats Who Also Has Guns For Hands. I'm swole bro, and don't forget that."

"Oh my god." I said, my sanity now pushed to the breaking point.

"You should probably kill your parents, dude." He said, tersely, before hanging up.

Now I am in prison for killing my parents.

Also I am dead. 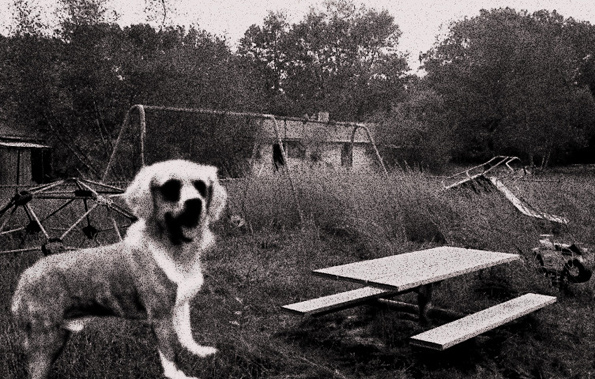 It was a late night in October. That part is important because October is when all of the ghosts come out and that could be important for context reasons.

I had pulled myself together at the bar that I was at drinking all kinds of beer an liquor because I am an adult and I drink. I had to sit down because my head was spinning, which is something that happens sometimes when you've been drinking so I decided to sit down on a swing in a park that is on my way home. Little did I know that this was the park where the dog with the head of a different dog hung out.

I was sitting on a swing and kicking the gravel when I heard a jingling sound like the kind that a dog collar makes. I looked up, and from out of the shadows a dog came out. I realized that it was a dog with a head that belonged on a different dog.

I wondered for a moment if I pet the dog, if a tail somewhere else would wag from the dog that the head belonged on.

Madness consumed me and the only way that I could make it go away was to kill my family.

Don't go crazy because of dogs. Kill your family.

Thanks to Inevitable, lonesomedwarf and ladyboy pancake for shaping the Bendyman mythos!