We Can All Agree This Is Spider-Man's Best Costume

Most people would agree that the best Spider-Man outfit is either the classic red and blue costume: 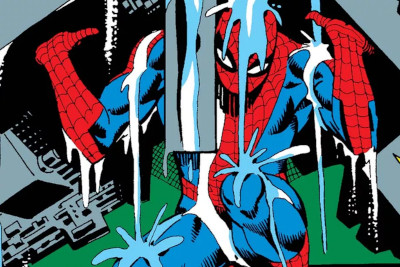 Or the alien symbiote black suit with the white wraparound spider logo: 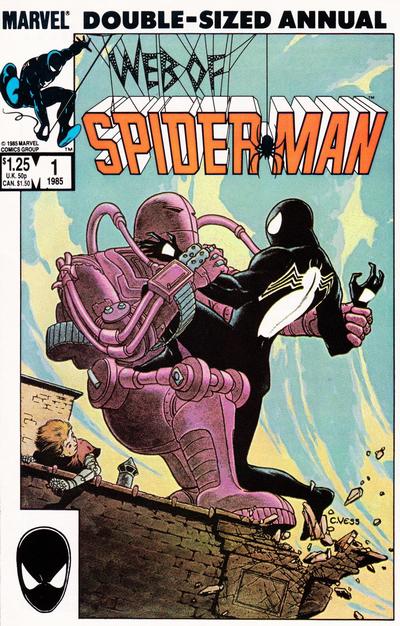 Most people are amazingly, spectacularly, wrong. Spider-Man's best outfit is the "Clubbing With Mary Jane Watson Circa 1989" by Todd McFarlane:

This costume has a few things going for it.

This was several years before Kurt Cobain tapped into the same underlying current of angst, rebellion, and detached irony. It took Cobain dozens of songs and hundreds of lines of lyrics to express what Peter Parker effortlessly said with a single word.

And it was the outfit that lent him credibility.

The "Clubbing With Mary Jane Watson Circa 1989" (herein referred to as CWMJWC1 for the sake of brevity) outfit only appears in one issue, The Amazing Spider-Man #299. That's rare!

In comic books rare is always better. Always. With that in mind, note that the CWMJWC1 costume only appears on a single page. Now we're talking rare!

What if I told you the CWMJWC1 outfit is in just four panels? Excuse me, I think my eyeballs just turned into dollar signs. AWOOGA!

It's hard to think of a single superhero outfit that is more rare, with the possible exception of The Punisher's "Accidentally Mixed The Laundry And Now My Skull Shirt Is Pink" gear. 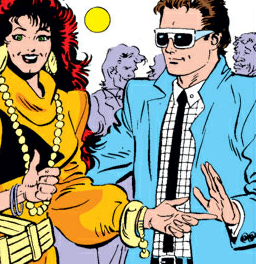 Most male superheroes are broad-shouldered. Spider-Man's a comparatively little guy, dynamic and scrappy. We've all wondered (ALL OF US) what he would look like with square shoulders.

And now that we know, we can all quickly move on. 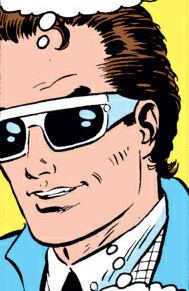 Spider-Man's eyes are typically white with black outlines. It's telling that when he wears shades, they have black lenses with white frames.

Is Peter simply hiding the fact that he is Spider-Man with this complete inversion of eyewear? Or is he using such a simple reversal as a cry for help, secretly hoping someone will discover his secret identity?

Perhaps it is all of these things. Perhaps it is none, and we're dealing with a doppelganger situation. It's very likely that this issue of Spider-Man (and in particular the CWMJWC1 outfit) served as the primary source of inspiration for Twin Peaks: The Return. 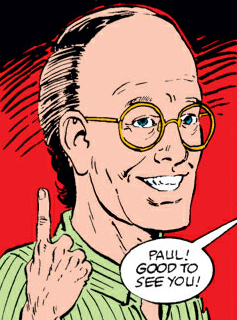 The CWMJWC1 costume has a power of its own: It summons Paul Shaffer. This thing is catnip for David Letterman band leaders.

I recently started re-reading the late 80s-early 90s Spider-Man, and Paul Shaffer has appeared in or been referred to at least four times. And I'm only up to 1992. There could be dozens of additional cameos. Maybe exponentially more if we delve into multiverse crossover events.

The inflection point for this crisis of infinite Shaffers? The CWMJWC1 oufit. The Infinity Gauntlet of suspiciously affable bald keyboard players.

Just one question for Mr. McFarlane. Todd, what's up with the little baby hand?