Items to Sell to the Ancient Past!

The Something Awful forums are known for taking on the weighty issues - things like "Is there a God?" "Why is there suffering?", and "Doritos??" Today we see the results of two more of these big questions: "What items would you sell if you travelled to the ancient past and opened a corner shoppe?" and "How would you convince people to do drugs you're selling in the Middle Ages?" The answers to these questions may surprise you! Entrepreneurs, take note! 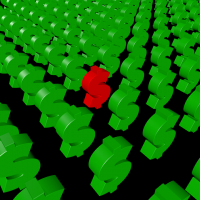 Introduce nuclear weapons to the dustant past so that a large number of history's travesties never happened for instance: the inquisition, the trail of tears, that time Becky told the rest of the cheerleaders I have a small dick even thouGH IT'S TOTALLY AVERAGE SIZED AND I DIDN'T EVEN SHOW IT TO YOU BECKY, I JUST SAID I WANTED TO, GOD, the holocaust, etc

Friar Joseph: and what is this strange device you have here?
Me: its a rare and mysterious object, from the ancient lands of Jerusalem... you can take care of it and the cherubic spirit within makes you feel good inside... it's known to some as a tamagotchi

*rings you up a package of twinkies* these breads will never rot nor harden... may they give you sustenance when all other food has gone out

Hey Pheidippides, I hear you're a real fast dude... but I think you'd be faster in these... shoes made with the blessing of Nike... do you have the Nike fit app? Yeah she makes apps now.

weed tincture (after fed. prohib is over) - Phial of Inner Luminescence

how do you think they charged their ipods back then? i don't really know but everyone needs ipod chargers. i went through 3 ipod chargers last week and i have an lg phone