dinozombiesgoRARR made a bunch of whimsical suggestions back on page two, but DeathTramp didn't pursue any of them, or do anything else but fumble cluelessly with tools like a lower primate. So, she's banned. Still, anybody else could have done these things, but they were too busy playing with feces like lower primates. So dinozombiesgoRARR made a new proposal, then waited and probably sighed a lot, then followed through himself.

(for the rest of page four, all text, images, and even that one photo caption come courtesy of dinozombiesgoRARR)

"You could buy a whole bunch of sparklers (and by whole bunch I mean at least one hundred, preferably several hundred), remove the powder from the wires, fill the ps2 with the powder and use the last remaining sparkler as a wick. The beauty of this is that sparklers are readily available and super cheap. Warning: this'll create a massive fountain of sparks perhaps 8 feet tall and can't be put out with water until it's done, might want to light it outside. 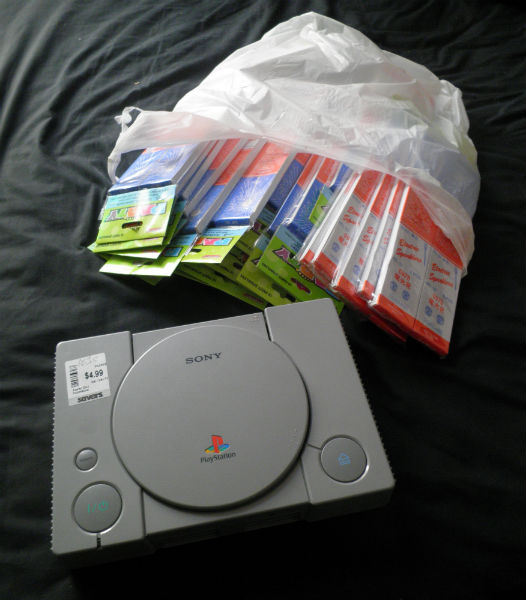 One $5 Playstation and $20 worth of sparklers. The checkout girl was all "So, someone having a party ...?"

Here's $20 worth of sparkler material separated from the wires: 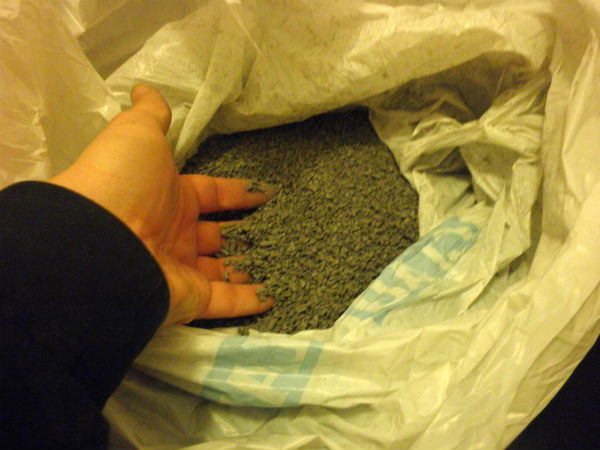 Alrighty, I've got the Playstation, a whole bunch of powdered sparkler material, a fire extinguisher, a few litres of water, Dad's 'Nam lighter, a few spare sparklers for a wick, bail money, a fully charged camera, a cardboard tube to pack the sparkler material into ... I'm off to the abandoned factory. If I don't post photos in about an hour then I'll probably be under arrest for criminal trespass and attempted arson. 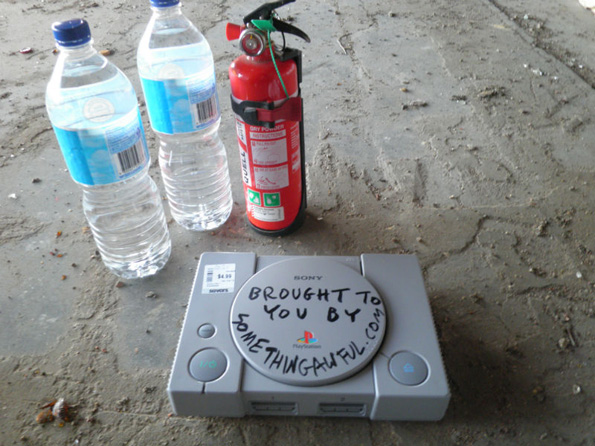 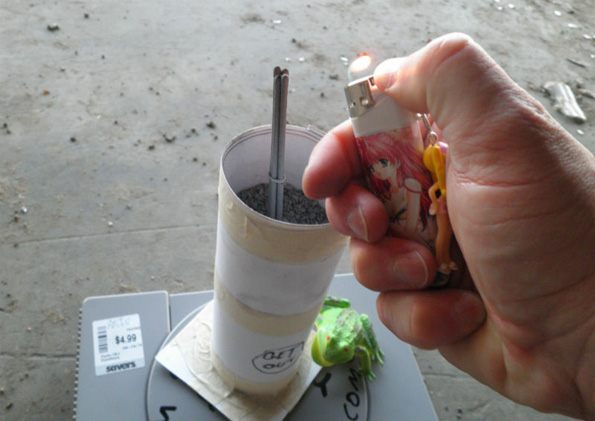 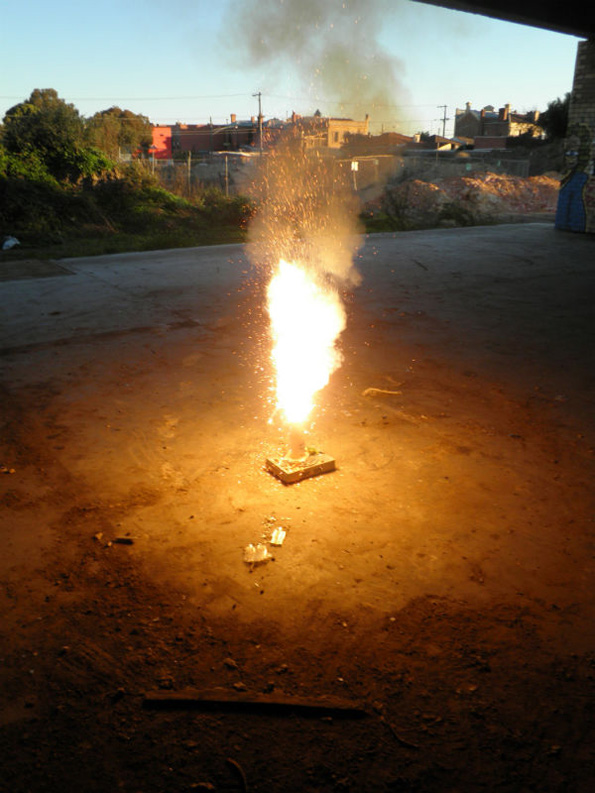 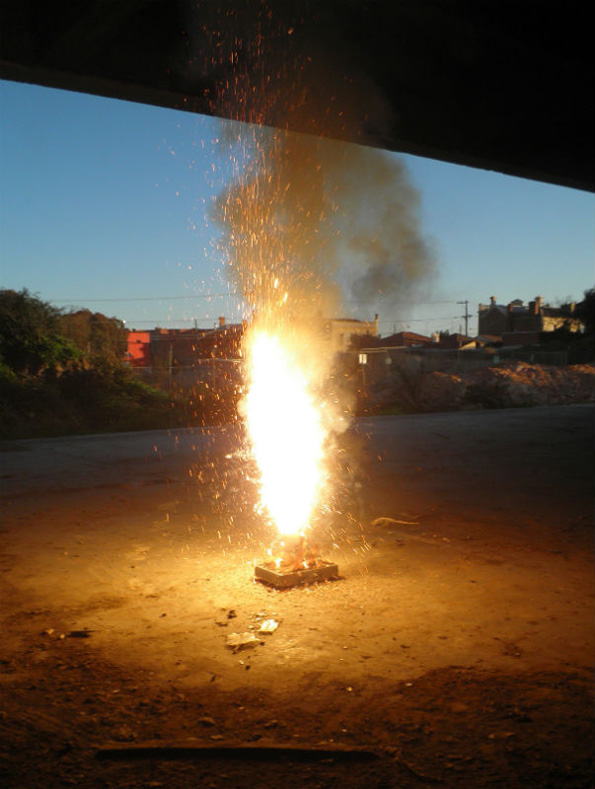 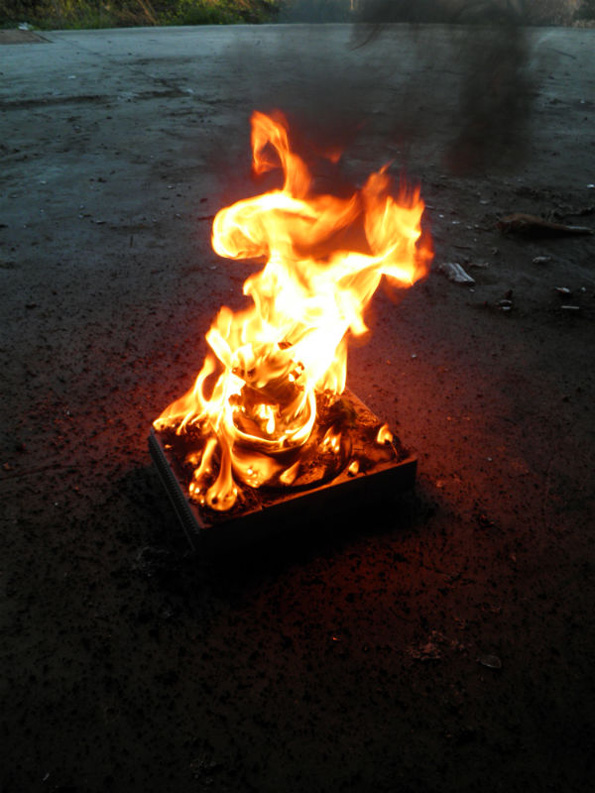 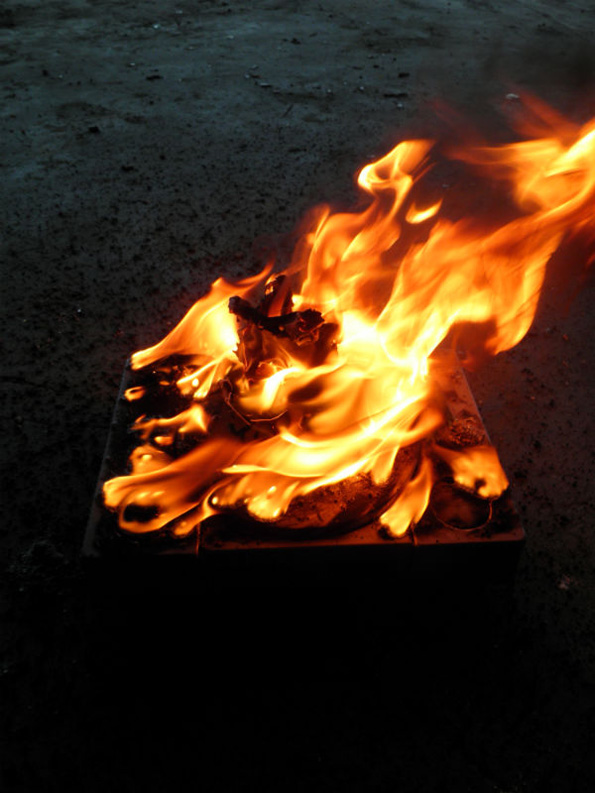 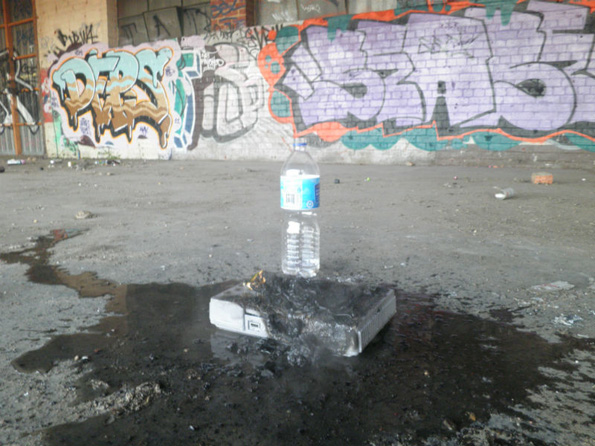 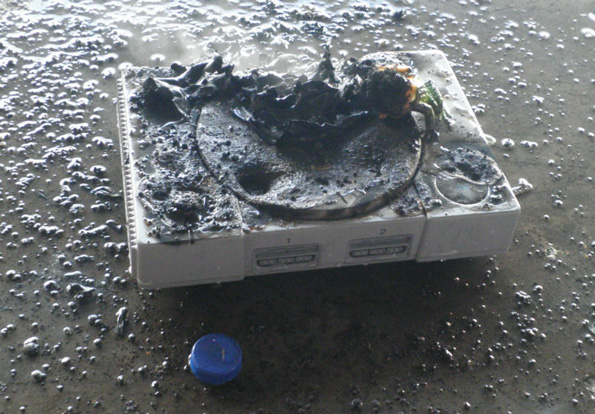