This probably would have been a good stopping point. No one got hurt, plus we're not ending on a gross note. Then ChaosDawn stumbled upon the thread. He didn't have a console to desecrate, so a dead goat would have to do! 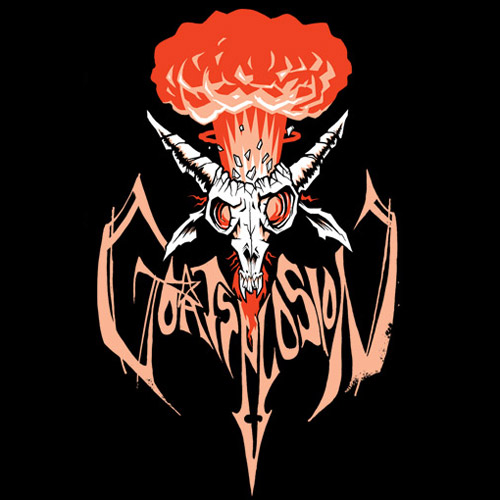 ChaosDawn made a video. It's three seconds long and it's not really gory, but it might still bum you out; fair warning!

"You should have donated that dead goat to some orphans." -- icicle bob

Oh, look, it's everyone's favorite latecomer Ranccor, and he has an Opinion about Goats he'd like to share with you:

"Did yall know live goats are three times the price of a chicken, and that live chickens cost less than a dinner meal at arbys? So i'm thinking about getting a goat or chicken. With a chicken you get to see a bonus video of it running around with its head cut off neck flapping around with blood spurting out. Also the roadkill crew in my area is really freaking good. So if i get a goat i feel like i'll name it before we kill it and cook it with thermite."

"Think about it like this. The ps2s are gifts to the gods, but the gods wont be able to receive them until we ritualistically deliver them. The sacrifice will be hollowed out and placed on top of the altar (lighted by candles) with the holy mixture. Under that will be the ps2s and under that will be the propane tanks. The holy mixture will ignite burning through the goats, the ps2, and finally igniting the tanks in a blast that shall light the holy gateway (The pentagram) allowing the goat to travel through and deliver the gift unto the gods door!" -- Ranccor

"I'll pour thermite into the console and wrap it with the ribbon. I'm sure 4lbs of thermite go a pretty good way. But i'm getting the impression that the ribbon is more of a thin wire than something that will make a good show. I still have to leave enough for the propane tank too.

Arnt the things that could injure you the most exciting?" -- Ranccor

oh god what is happen-

"If I want to do lines of micro aluminum powder while staring at the thermite as I'm using it for lube to get your money shot while I take a dump it's my business. We will all die sooner or later, but while you eat your Wheaties, and suffer a horribly prolonged fight against Altzimers, I'll have a beer and #9 combo from McDonalds. Probably resulting in a massive heart attack as i'm driving a bus full of orphans while on the way to meet with some billionaire couple that wants all the children modern medicine could never give them." -- Ranccor

"I have no idea what i'm doing. All i've learned about it came from mythbusters. I'm going to get burnt, and yall are gonna see every bit of it. Don't forget, I'm going to burn up a propane tank for grilling too." -- Ranccor

"Dont worry about me getting injured. I've got two plywood sheets to set up. 50 feet should be far enough right?" -- Ranccor

"He needs to get somebody else to film it so we can combine the video of him running around on fire with Yakety Sax." -- gnarlyhotep